What’s buzzing in our gardens?

Once we start to have nice weather it’s only natural that we spend as much time as possible outside, be it at home or somewhere else. But it is also the time when many different insects like bees or wasps start to fly around. To some of us, they may seem like annoying pests, but in reality they are some of the most important animals in the world because of their work as pollinators. Here are a few pointers that can help you distinguish between bees, wasps, hornets and bumblebees.

Many cartoons would like us to believe bees are black and yellow – however, most bees found in Germany are actually black and brown. Bees (honeybees and wild bees) are the most important pollinators. They have hairy bodies with flat legs that they use to collect the pollen from some flowers and pollinate others. Bees have a length of 9 to 14 millimeters in length and feed mostly on nectar and pollen. They normally don’t use their stinger because they then die, but they can sting in defense if provoked or threatened. 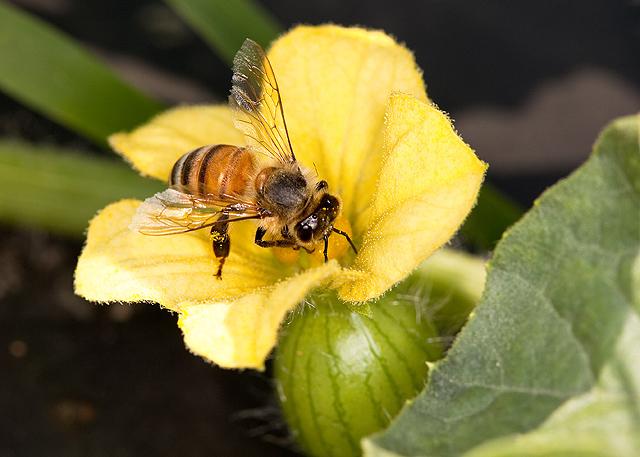 A bee pollinates a flower. (Photo by Stephen Ausmus, USDA/ARS)

Wasps are similar in size to bees but are more agile when it comes to flying. They have a narrow, smooth body with a pronounced indentation in the middle called wasp-waist. They can be a variety of noticeable colors but are most commonly black and yellow in Germany. Most types of wasps are considered to be predators. They only pollinate to a small extent and have more of an inactive role in pollination as they act as a natural pest control, feeding on insects like spiders or flies that eat crops. Wasps will attack and sting humans if threatened and can do so more than once. 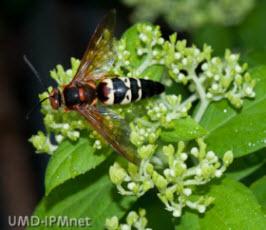 A cicada-killer wasp. (Photo courtesy of the University of Maryland)

Hornets are also very noticeably black and yellow, but are much larger than wasps (20 to 35 millimeters in length) with a smooth, long body. Similar to the wasp, they also pollinate and feed on other insects. They almost never attack humans unless provoked as they are quite peaceful animals. Contrary to a German urban legend, three hornet stings don’t kill a human! The poison of the hornet is not as strong as bee poison, but it is more painful. Hornets are under nature protection in Germany. Their nests cannot simply be destroyed or moved. If a nest is located unfavorably near a home, a specialist should be consulted on its relocation. 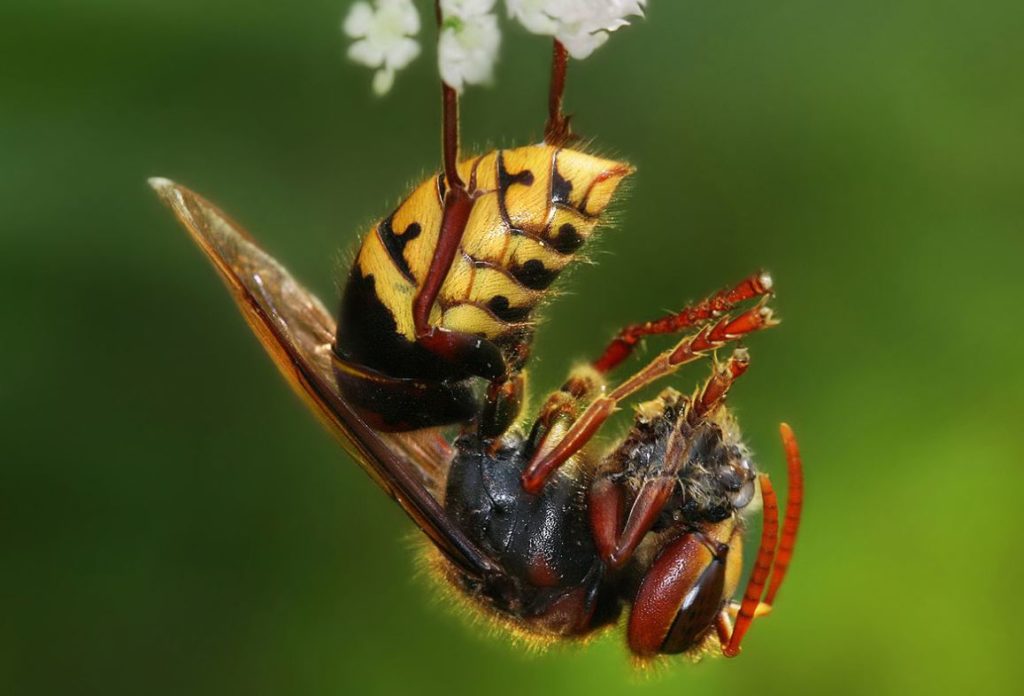 A European hornet with the remnants of a honeybee. (Photo by Richard Bartz, Creative Commons)

The body of the bumblebee is covered in fur-like long hair and therefore appears quite thick and round. At 20 millimeters long they are slightly bigger than wasps and bees. The active pollinator is multicolored, striped in black, brown, white and yellow. Unlike bees, the bumblebee, wasps and hornets can fly and pollinate during cold weather and rain or wind. Female bumblebees have a stinger, which they very rarely use. They only sting when they feel threatened, for example, if you squeeze their bodies. If they fear an attack on their nest, they lie down on their backs and start to buzz threateningly. The bumblebees are, however, the most peaceful sting carriers. 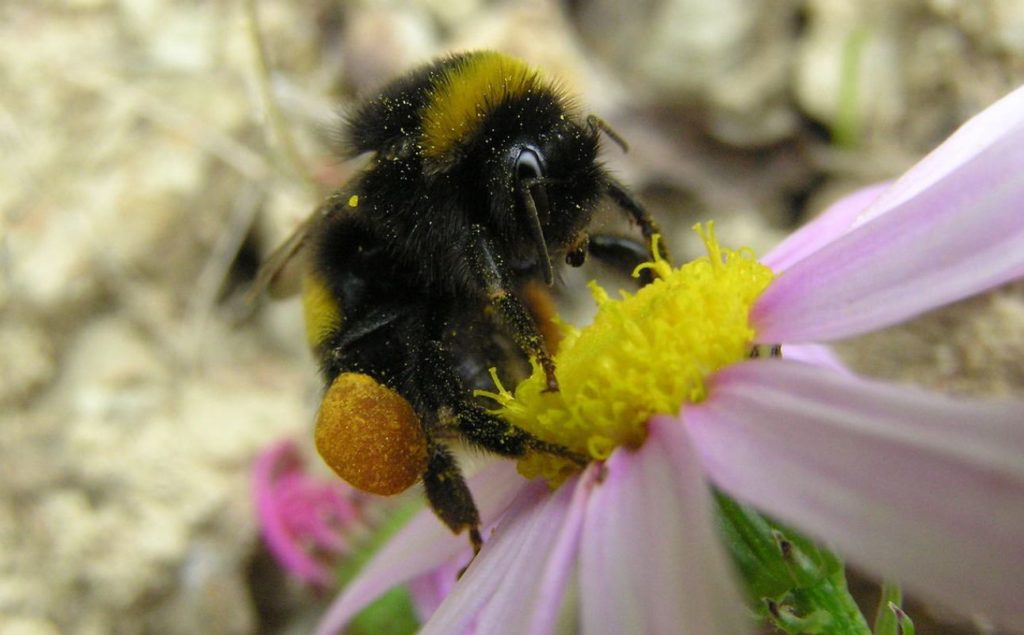