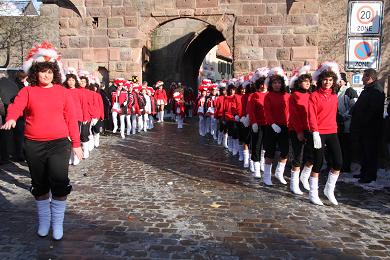 Kinderfasching in Spalt
A Kinderfasching takes place in the Stadthalle in Spalt (Herrengasse 10) on Sunday, Jan. 24 at 2 p.m. To learn more, visit www.kg-spalt.de

Kinderfasching in Nürnberg
A Kinderfasching, a carnival party with music and games for kids, takes place in Nürnberg at the Sportgaststätte SV Nürnberg Reichelsdorf (Schlößleinsgasse 9, 90453 Nürnberg) on Jan. 31 at 2:30 p.m. Admission is 3 euros, to learn more, visit Kinderfasching Nürnberg

Kneipenjagd in Rothenburg
Rothenburg’s annual Kneipenjagd (pub crawl) takes place in several pubs and restaurants around the city on Jan. 30, starting at 8 p.m. Visitors buy one ticket for 12 euros and have access to all locations. To learn more, visit Kammerevents