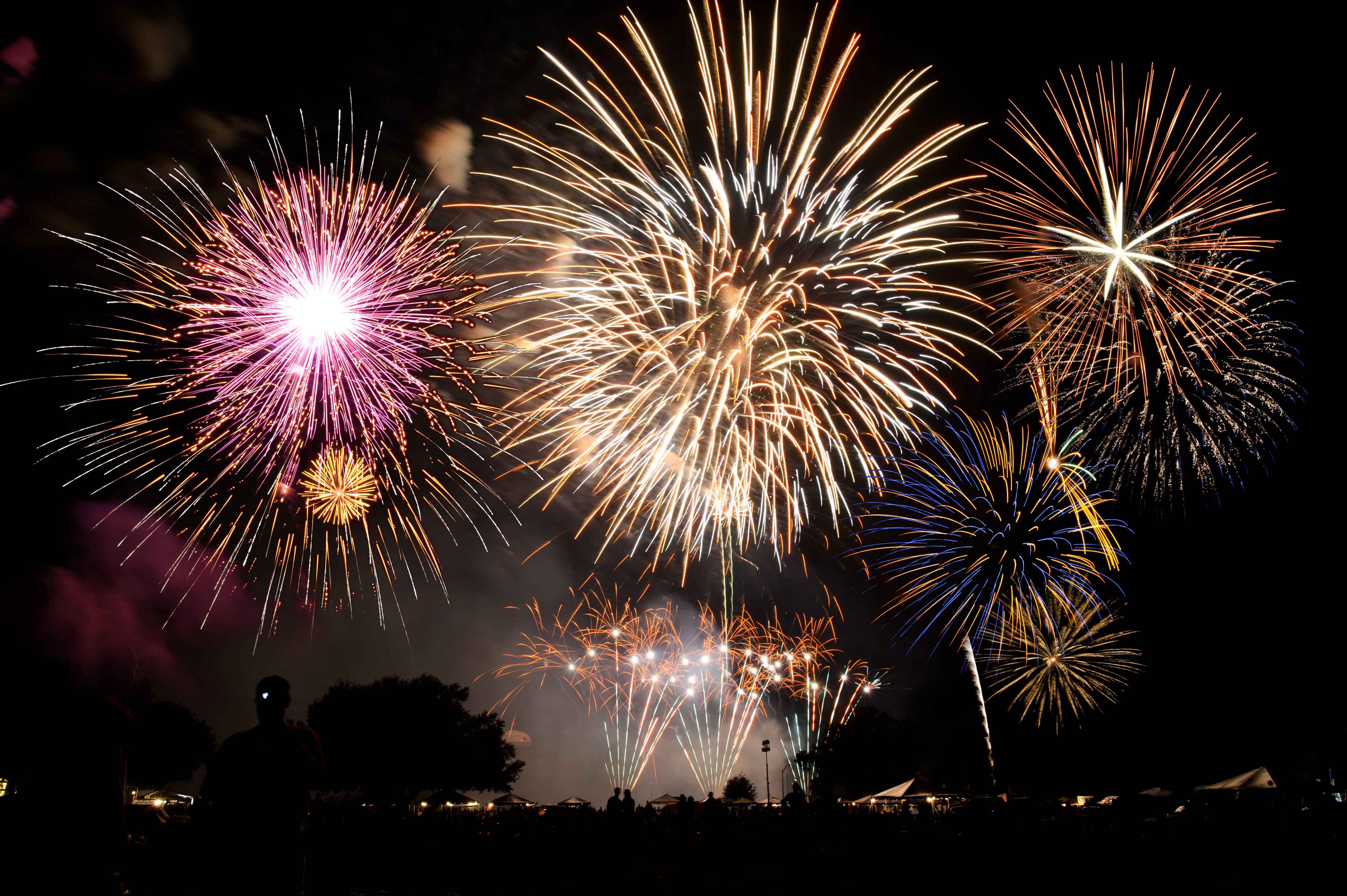 New Years Eve in Germany is celebrated with fireworks at midnight. (US Army File photo)

New Year’s Eve Traditions in Germany
New Year’s Eve in Germany is known as Silvester, named after Pope Silvester, who died on Dec. 31, 335 A.D. in Rome. Silvester is celebrated many different ways in Germany, but some of the more popular traditions include:
Bleigiessen (‘lead pouring’): melted lead is poured into a bowl of cold water and the participants try to read their future in the shape of the cooled lump of lead. Melting kits are sold in any supermarket.
Feuerzangenbowle: a red wine punch prepared by soaking a sugar cone with rum, setting it aflame and letting the mixture of rum and caramelized sugar drip into the punch (don’t try this at home, kids)
Superstitions: The motto is, “the way you start the new year, it’s going to go all year.”Old folks tell you to pay off all your debts to avoid accumulating new ones in the New Year; also, take down your laundry from the clothes line, as it may bring bad luck.
Food: On Silvester food is often served as a buffet, with lots of fish dishes, like salmon or cold herring salad. Restaurants offer special evenings with a several course dinner and champagne, sometimes a “midnight buffet.”
“Dinner for One,” a 15-minute television sketch about the 80th anniversary of an old British Lady, has become a more modern tradition among Germans, and it is shown several times on different TV stations. At midnight the stations do a countdown show and often display fireworks with classical music in the background.
Fire Works and fire crackers at midnight: Many Germans buy fireworks for the turning of the year, in fact this is the only time of the year they are allowed to ignite fireworks without special permission. The fireworks are only sold between Christmas and New Years Eve and should only be used around midnight on the 31st of December. Every year an estimated 100 million Euros is blown up in smoke for fireworks in Germany alone.

Gregorianika – Christmas Concert in Nürnberg
Gregorianika – a men’s chorus singing in Gregorian style – perform at the Lutherkirche in Nürnberg (Südtirolerplatz 20) on Dec. 29 at 6 p.m. Tickets for 23 euros are available at the box office or can be reserved with the church at 0911-444000 or the usual ticket agencies.

Nativity Scenes in Handwerkerhof Nürnberg
Old Nürnberg crafts tradition can be admired in the Nürnberger Handwerkerhof (Königstor, next to the big tower across from the Hauptbahnhof)  through Dec. 30 when the nativity scene exhibition is once again opened for the season. Small stores and craft shops offer toys, decorations and much more, while typical Franconian restaurants open their doors to the hungry visitors. The Handwerkerhof is open Monday through Saturday 9 a.m. – 10 p.m., the stores open 10 a.m. – 6:30 p.m. Admission to the exhibition is free. To learn more, go to Handwerkerhof

Ice Rink in Gunzenhausen
Gunzenhausen has put up an ice skating rink on the Marktplatz; highlights include an ice disco and “Eisstockschiessen,” Bavarian curling. The ice rink is open until Jan. 6; to learn more, go to Eisbahn Gunzenhausen

Three Kings Holiday
Three Kings Day or Epiphany on Jan. 6 is called “Heilig Drei Könige” or “Dreikönigstag” and is a holiday in Bavaria and Austria. Traditionally members of the local church community walk around to collect money for charity projects. The group is called the Sternsinger (star singers) and is usually comprised of four children or teenagers, dressed up as the three kings and a star bearer. They ring the door bell, sing a traditional song or recite a poem or prayer and write the blessing for the year above the front door with chalk. The blessing will always contain the current year and the letters C+M+B, which stand for “Christus mansionem benedicat,” “May Christ Bless this House.” (Federal holiday)