Victims of war and violence remembered by Germans, Americans in ceremony for annual Volkstrauertag 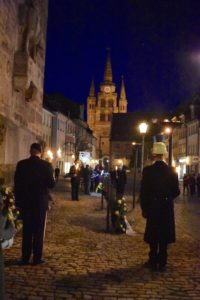 The city of Ansbach, just like numerous other communities in Germany, hosts an annual ceremony on Volkstrauertag to remember victims of violence, oppression and wars. The observance serves as a reminder of the horrors of two World Wars and a memorial to innocent victims all over the world.

Due to the ongoing COVID19 pandemic, the ceremony had to be conducted with special precautions, which included keeping a physical distance between participants and audience members, as well as wearing a facial mask covering nose and mouth.

USAG Ansbach’s commander, Col. Karen Hobart, and Command Sgt. Maj. Eric Bohannon, were joined by the commander of the 12th CAB, Col. John Broam, for the observance. Together they hung a wreath at the monument of the “fallen soldier” downtown Ansbach.

In his remarks, Mayor Markus Bucka reminded the audience of the consequences of World War II, which ended 75 years ago.

“World War II lasted six years and two days, a total of 2,194 days or 52,461 hours. On average, during each one of those hours, 1,139 humans lost their lives through violence, this means 19 people every single minute,” he said. “Volkstrauertag reminds us of the terrible events in the past and warns us all: Peace and reconciliation are not to be taken for granted, but are a task that takes new effort all the time.”

Volkstrauertag is observed in Germany annually on a Sunday mid-November; the holiday is similar to Memorial Day, as it commemorates those who died in war and the victims of violent oppression of any nation. 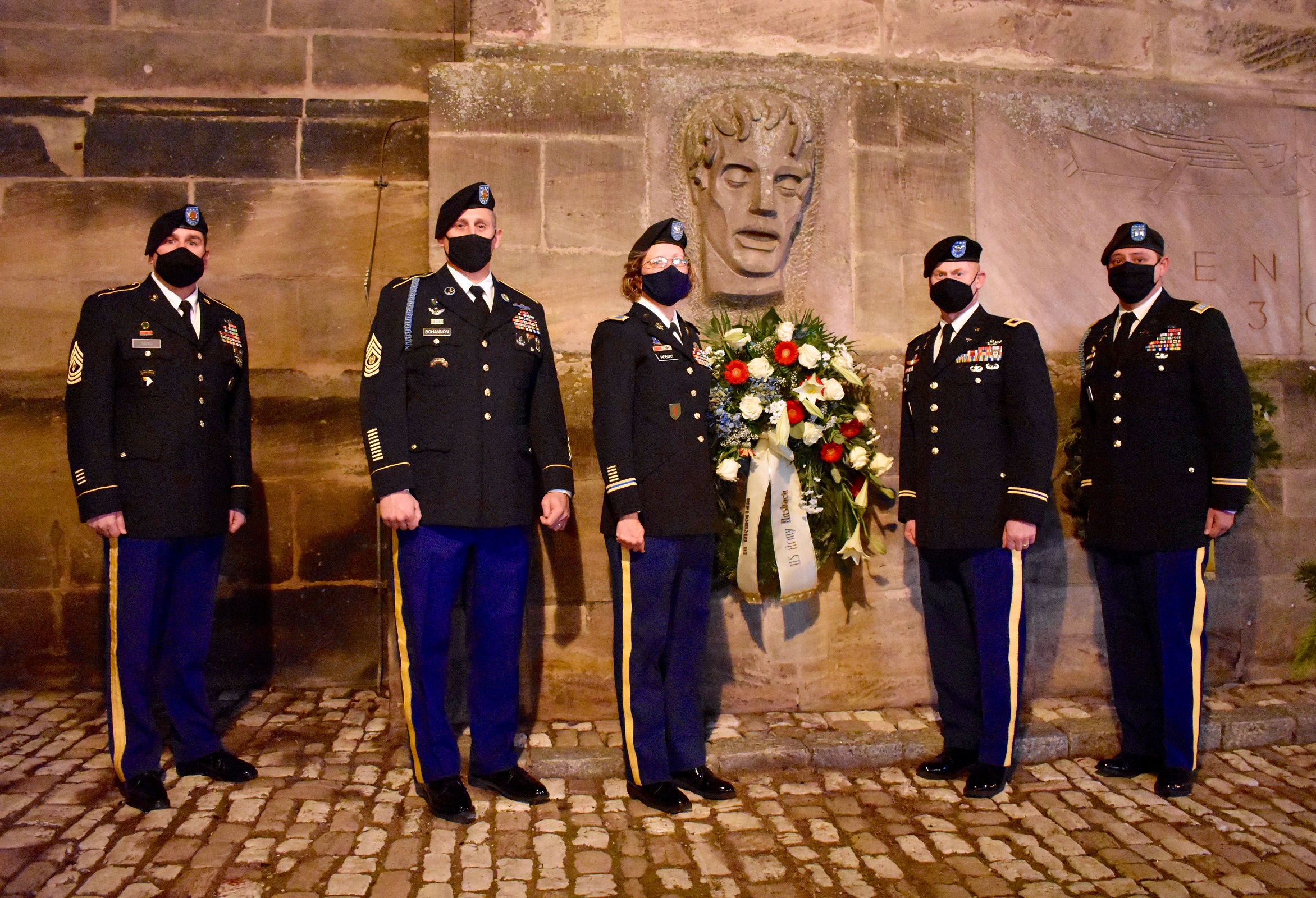