Every dollar spent on utilities is one we cannot spend elsewhere 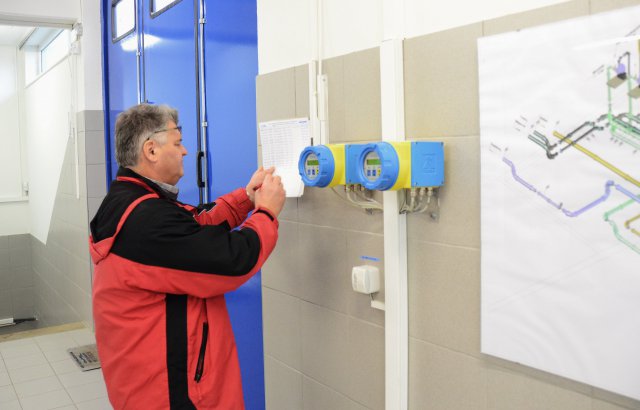 The U.S. Army Garrison Ansbach Directorate of Public Works has utility monitoring meters all over the garrison footprint. As a result, we are able to see individual water consumption, electricity consumption, and even monitor the inside temperature of a majority of the quarters.

How can one Family use 150 cubic meters of water in one month, costing the U.S. taxpayer more than $1,100 dollars?!

We initiated an investigation. Was it a water leak? A toilet running nonstop? Twenty-four one-hour-long showers per day?

It was none of these things. When we looked at the early August water usage, the consumption had fallen to zero.

So, the DPW’s utility manager and I decided to pay a visit to this family – to ascertain what was going on there. We soon learned that the resident had vacated the quarters during a permanent change of station – hence, zero consumption for early August.

I wanted to relate this story to the USAG Ansbach community because, believe it or not, this is not uncommon. We see enormous rates of consumption every month from different houses. When we identify these individuals, we invite them to a meeting and work to determine what they are doing. Sometimes the resident has been running numerous space heaters; sometimes the resident has been running numerous air conditioners (both are disallowed in Army Family Housing, by the way). Sometimes a resident is leaving lights on all day and night. And sometimes individuals won’t tell us … but then go home and do something, and their consumption drops to normal levels.

It may seem that because you live on post that your rent and utilities are free. They are not. You personally may not see the bill every month, but you, I and every other taxpayer are paying for the costs of living on post. You’ll see it when the garrison doesn’t have money to fix a playground … or pave a road … or paint a building … or replace a light. Our budget is fixed and very tight, and every dollar we spend on utilities is a dollar we cannot spend elsewhere.

So, I urge each and every one of you: Please be good stewards of our limited resources. Please conserve water and electricity.

Imaging the cost savings if every one of the 10,000 USAG Ansbach community members just reduced their consumption by 5 percent.