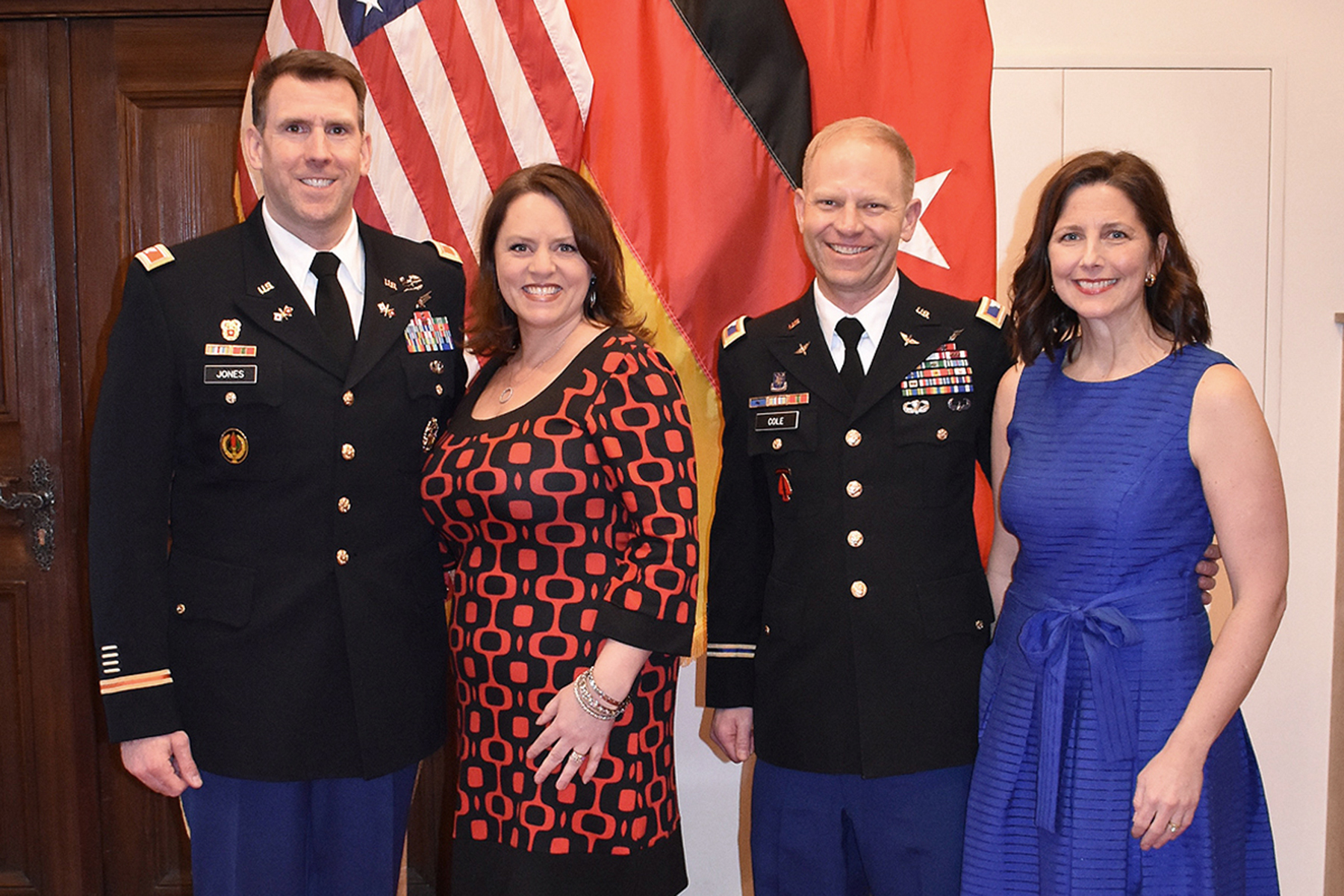 The festivities began with a time-honored military tradition, the receiving line, where the two commanders accompanied by their spouses formally welcomed their guests. The reception officially began with the arrival of the colors carried by the Ansbach Middle High School, 9th Battalion, Junior ROTC, then the rendering of honors and the playing of the German and U.S. national anthems.

Speaking in turn from the lectern, Jones and Cole recapped several highlights of American-German cooperation and successes from the previous year, as well as discussing challenges and opportunities ahead in 2018. “We are always glad of the opportunity to invite our German friends and partners in to our home-away-from-home in Ansbach” said Jones speaking to the assembled. “We could not wish for better neighbors than the ones we have here in Franconia and we are honored to have you as our guests today.”

Jones also discussed the recent fluctuations in the garrison’s mission and structure during his nearly two years in Ansbach, the continuation of support and the expanded partnership with the 12th Combat Aviation Brigade, and new missions of supporting rotational aviation troops at Storck Barracks in Illesheim. 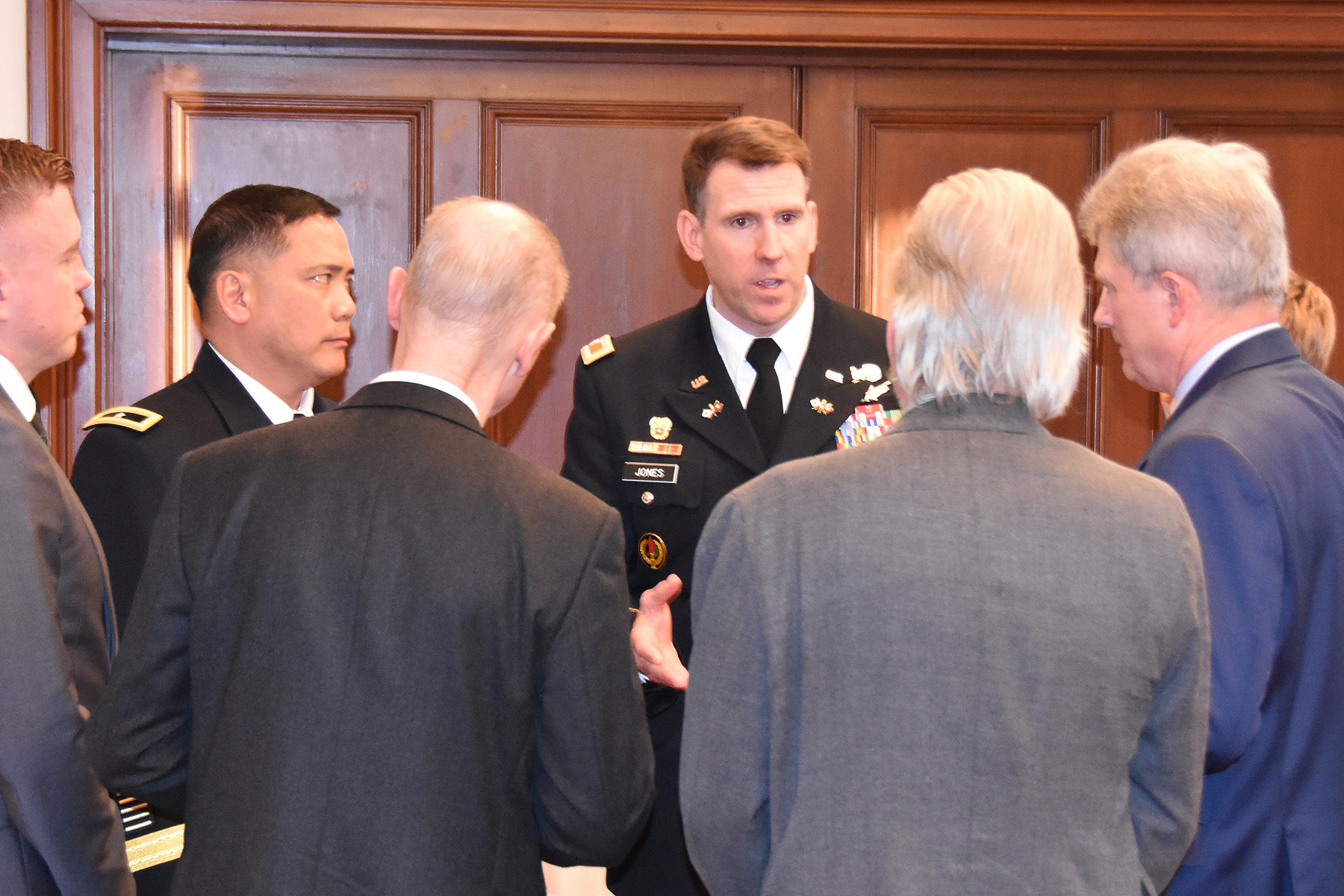 “I am grateful to you – our German friends and neighbors in Ansbach and Illesheim – for your friendship, your partnership and trust.” said Jones to the audience. “As many of you know, our Garrison motto is “Best Hometown in Europe” and with the warm welcome you and your communities have provided to me and my family personally – and especially our Soldiers, civilians and families here in the garrison, I believe that motto is truly appropriate.”

Military and community leaders and their guests then enjoyed food, conversation and fellowship throughout the rest of the afternoon and into the early evening.

The U.S. Army Garrison Ansbach (USAG Ansbach) Military Community is located in the Franconian region of Bavaria and is spread across six sites and nine kasernes dispersed around the city of Ansbach and the village of Illesheim: Barton Barracks, Bismarck Kaserne, Bleidorn Kaserne, Franken Kaserne, Katterbach Kaserne, Oberdachstetten Training Area, Shipton Kaserne, Storck Barracks, and Urlas Kaserne. Today, Ansbach is the home of the 12th Combat Aviation Brigade (12th CAB), the community’s largest tenant unit. USAG Ansbach continues its vital mission of streamlining base support operations management, allowing tactical commanders to concentrate on their essential training and missions. The garrison takes pride in its support to more than 6,000 Soldiers, civilians, and family members, working and living within the USAG Ansbach area.