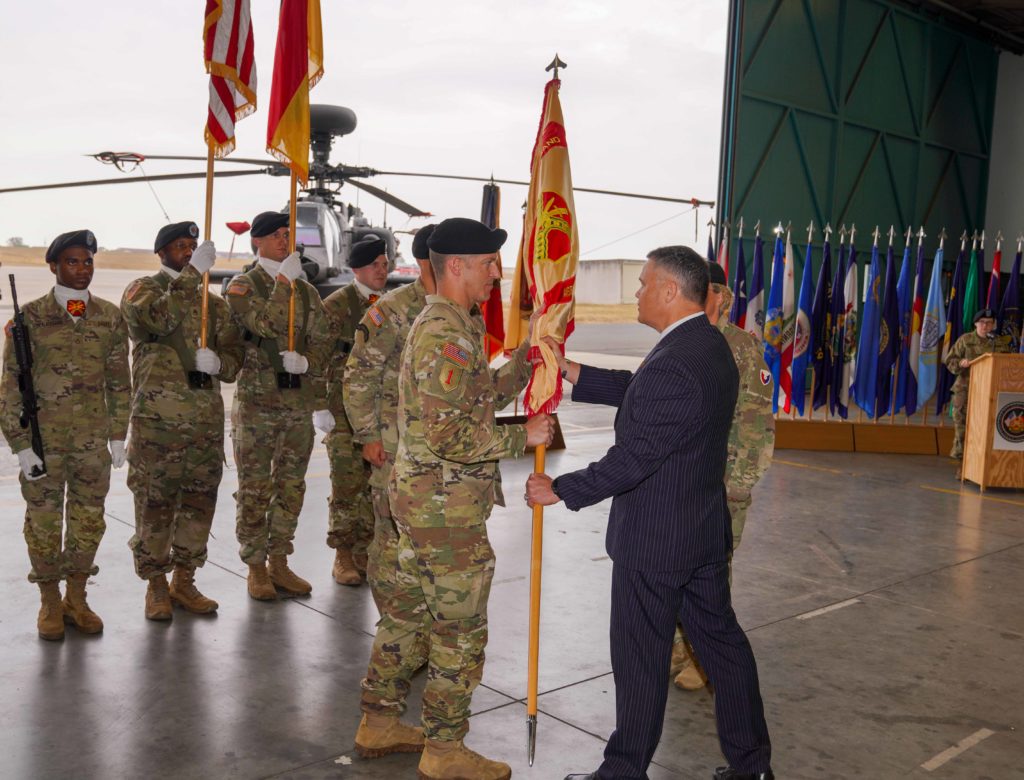 Hobart assumed command during the height of the COVID-19 pandemic and was able to continue garrison operations through that challenge with the help of the workforce.

“My knowledge of all things garrison is so much better than when I arrived two years ago and it is due to the efforts of those who took the time to teach and coach me. Thank you for your time and knowledge,” said Hobart.

Other happenings Hobart led the garrison through included emerging growth in support of European defense initiatives, support to  unit transformation efforts, several environmental issues that involved both the Garrison and the City of Ansbach. Her efforts ensured the garrison is postured to support European defense initiatives and force protection for permanent and rotational forces assigned to and in support of United States Army Europe and Africa (USAREUR-AF). 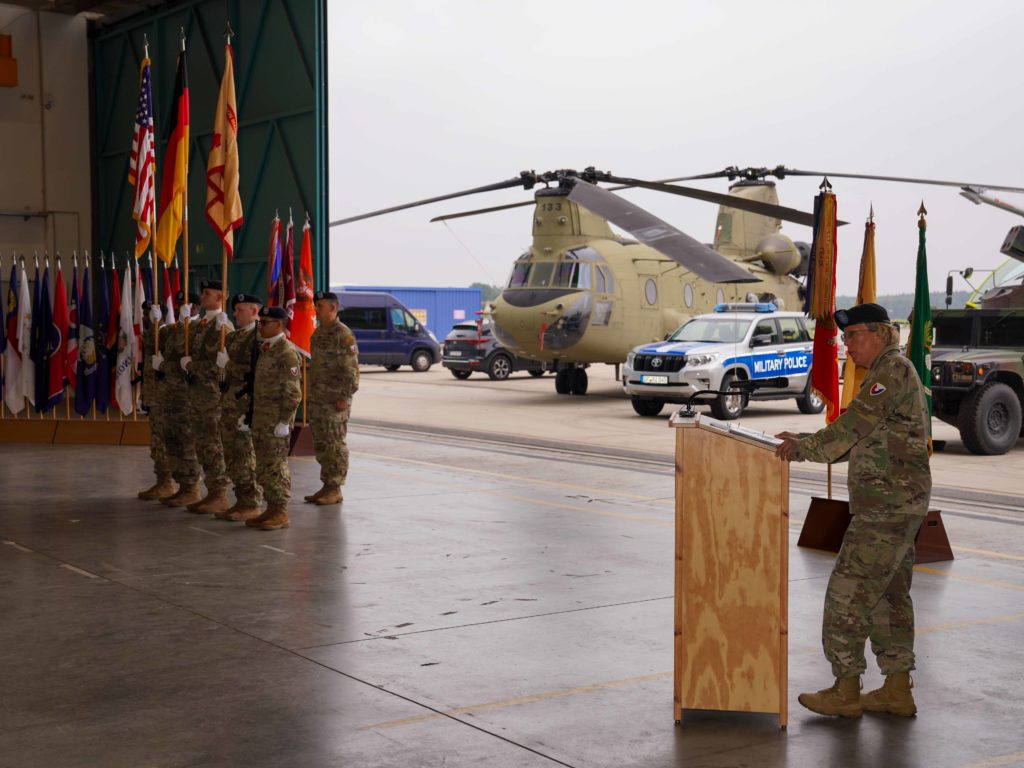 During the ceremony, Hobart passed the garrison colors to Tommy Mize, regional director, Installation Management Command Directorate-Europe, symbolizing her relinquishment of the command. Mize then passed the colors to Col. Aaron Dixon, thus charging him with responsibility for the unit as the new garrison commander.

Mize spoke of the significance of the change of command ceremony.

“Today’s ceremony recognizes the achievements of one commander and welcomes another,” he said. “It also gives us the opportunity to recognize the great garrison team that serves, supports and cares for this community day in and day out.”

Dixon received his commission as an armor officer through Army ROTC at Colorado School of Mines and comes to Ansbach from the U.S Army War College at Carlisle Barracks, Pennsylvania.

“It is my prayer and my aim that our Army and German communities will continue to grow and thrive together in the months and years ahead. And it is my request that we actively strive to find and create opportunities to enjoy and improve our lives together,” said Dixon.

The military change of command is a time-honored tradition dating back to as far as the Roman Legions. At that time a commander’s baton was passed to show the assembled troops whom would lead them into battle. Today, Army commanders have flags referred to as “colors” that represent the authority and responsibility for a unit.

Also of note in the ceremony, Garrison Command Sgt. Major Eric Bohannon performed his final act as the garrison’s senior enlisted leader while taking part in the passing of the garrison colors. He’s going on to an assignment as Command Senior Enlisted Leader for Combined Joint Task Force-Operation Inherent Resolve, Iraq.

Hobart leaves the garrison for an assignment at Fort Meade, Maryland.