In his opening remarks to the crowd Jones welcomed the German mayors and citizens in attendance. “To our German friends and neighbors here tonight: the welcome you have shown us here in Middle Franconia is something that we – the Soldiers and families of the U.S. Army – value and appreciate more than you can imagine. Thank you.”

Jones also recognized the many who worked and contributed to putting the event together, saying “I’d like to recognize the terrific people who made this event happen, the great folks at our Directorate of Family and Morale, Welfare and Recreation (FMWR), the Directorates of Public Works and of Emergency Services, and the many volunteers here tonight who contributed so much to making the evening special for everyone – and I know I speak for everyone when I add a big thank you to our Ansbach Elementary School choir. Let’s give them all a round of applause.”

To see more photos of the event, visit Tree Lighing 2017. 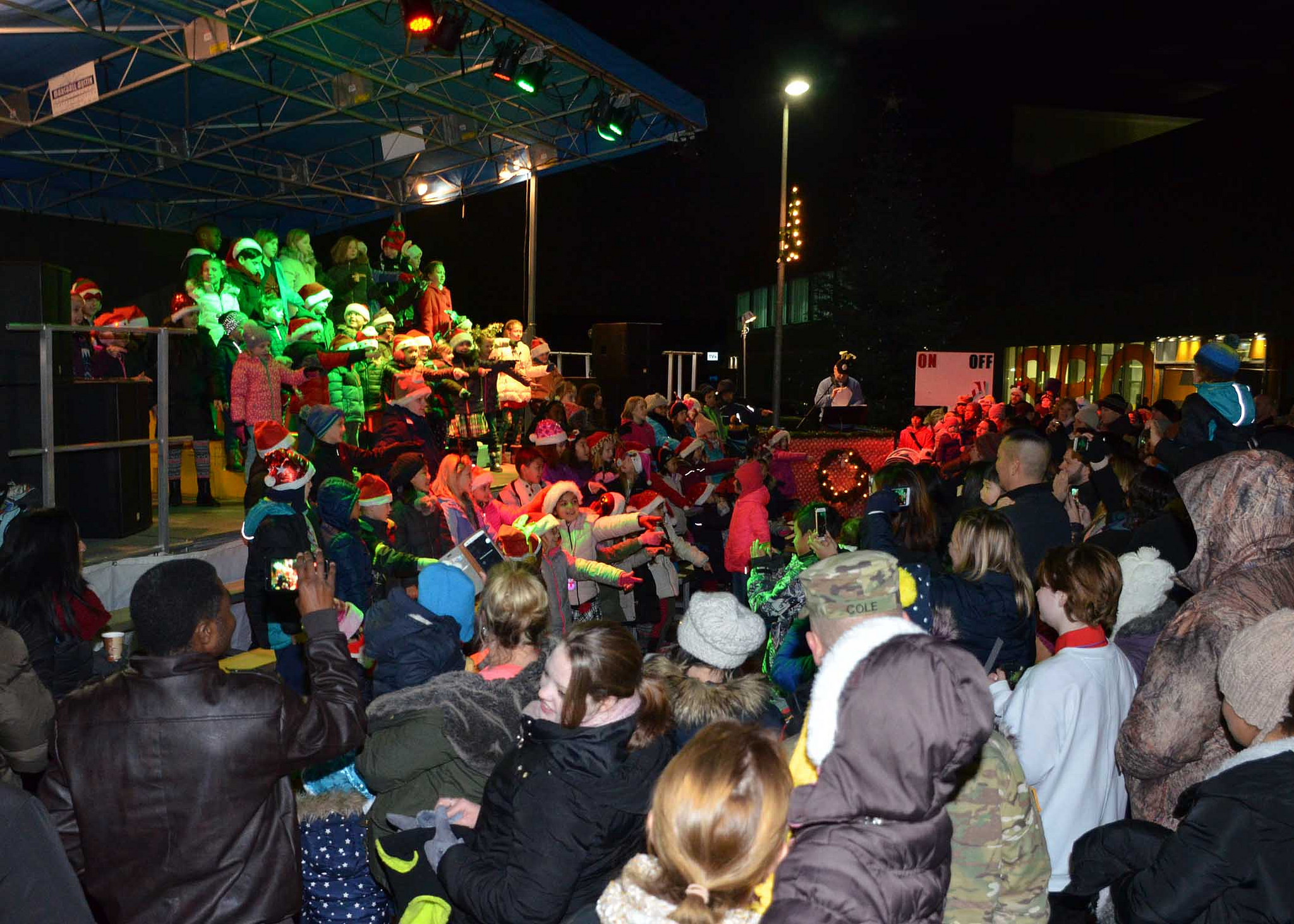 The Ansbach Military Community is located approximately 40 miles west of the German city of Nürnberg in the state of Bavaria and is spread across six sites surrounding the city from which it takes its name. Ansbach is home to the 12th Combat Aviation Brigade (12th CAB). A new, state-of-the-art 51,000 square foot health clinic facility located in the Urlas Community on Shipton Kaserne was opened in 2016. The community supports more than 6,000 Soldiers, civilians and family members. To learn more about the people and facilities of the U.S. Army Garrison Ansbach (USAG Ansbach) and the people they support in Ansbach, Katterbach and Illesheim, visit the community website at www.ansbach,army.mil