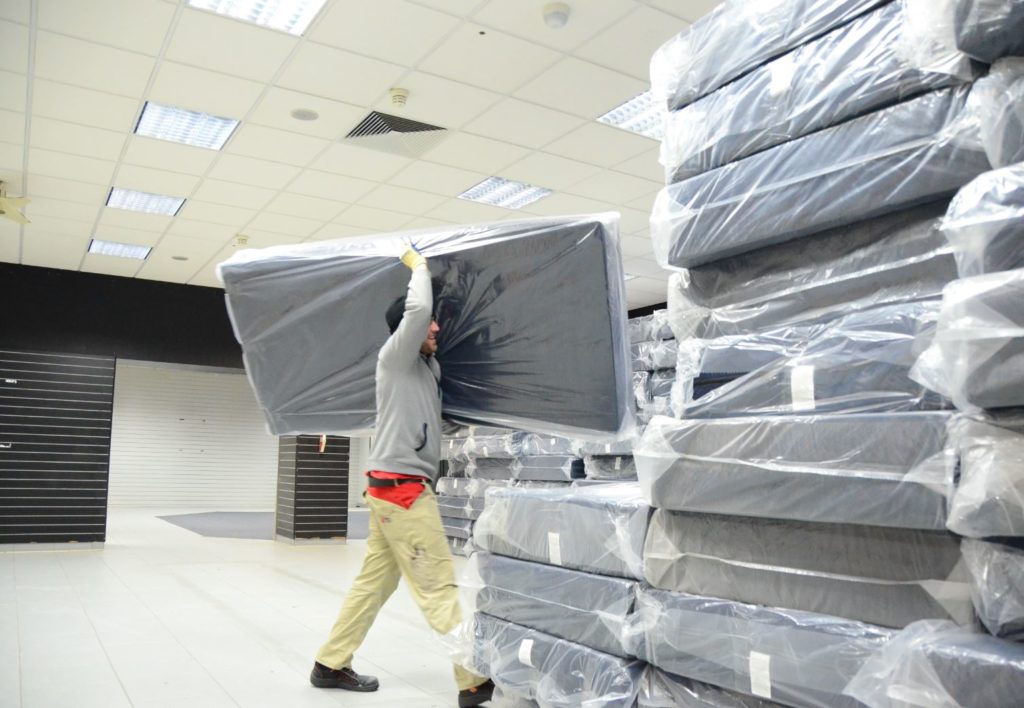 A contractor helps load a shipment of mattresses into a building at Bismarck Kaserne in Katterbach, Germany, Jan. 20, 2017. The shipment was part of U.S. Army Garrison Ansbach’s preparation for the arrival of the 10th Combat Aviation Brigade, which is scheduled to occur in phases primarily throughout the next two months. A portion of the brigade is slated to forward deploy to participate in Atlantic Resolve in Eastern Europe and support other aviation operations across Europe. (U.S. Army photo by Stephen Baack, USAG Ansbach Public Affairs)

ANSBACH, Germany (Feb. 3, 2017) — For the past year, U.S. Army Garrison Ansbach has been running in high gear, planning and preparing to provide essential base support and sustainment for the next rotational unit, scheduled to arrive here within the next two months.

An inbound contingent of the 10th Combat Aviation Brigade, 10th Mountain Division (Light Infantry), from Fort Drum, New York, is to be temporarily located at USAG Ansbach’s installations in Illesheim and Ansbach. Included are about 2,000 Soldiers, a mix of Black Hawk, Chinook and Apache helicopters — about 70 in total — and about 800 pieces of equipment.

According to U.S. Army Europe officials, a portion of 10th CAB Soldiers and their helicopters will forward deploy to participate in Atlantic Resolve in Eastern Europe and support other aviation operations across Europe. During their nine-month rotation in Europe, the brigade will be part of an increased presence across the European theater, contributing and strengthening the alliance’s deterrence and defense.

USAG Ansbach Commander Col. Benjamin C. Jones said the upcoming rotation of 10th CAB will be “the first brigade-size rotational aviation unit to be supported by USAG Ansbach, under the concept of Regionally Aligned Forces, which came into effect in March 2015.”

According to Jones, a portion of troops are to forward deploy on bases in Eastern Europe.

“Throughout their deployment, USAG Ansbach’s base support for the unit will continue,” he said.

“The size, and the fact that they are bringing their headquarters, is what makes this rotation unique,” said USAG Ansbach Command Sgt. Maj. Derek R. Cuvellier.

“Previous rotational units were attached for command and control to the 12th Combat Aviation Brigade; 10th CAB however, will be a separate tenant entity,” said Cuvellier.

“The demographic is certainly different from what we are used to at USAG Ansbach,” said Walter Mattil, the director of the USAG Ansbach Directorate of Public Works. “There are no families coming with them.

“For DPW, the predominant mission is having and providing suitable living, operational and storage space,” he said. “And, of course we have got to have the same capacity for the next transition, as the 10th rotates out and another unit is rotating in.”

According to Mattil, it took “a great deal of time and work” by the DPW team. General maintenance work and repairs to eliminate deficiencies were conducted for every building that will house the rotational brigade, including suitable office, work and storage space, aside from having to acquire more than 3,000 beds and mattresses, as well as other essential items to provide a home away from home for rotational Soldiers, Mattil said.

“Getting ready for some 2,000 Soldiers who are 100 percent unaccompanied was an initial challenge,” Mattil said. However, he added, former family housing at Storck Barracks was temporarily altered to house the main contingent of Soldiers.

“While a diversion from existing three-bedroom apartments to house six unaccompanied Soldiers per apartment was possible at Storck Barracks, it was not an option in Ansbach, where on-post family housing apartments are filled,” Mattil said.

Cuvellier pointed out that unaccompanied Soldier housing in Ansbach was consolidated to free-up buildings for the additional influx of about 450 rotational CAB Soldiers.

A “Mayor Cell” from 10th CAB “will be the nucleus for the incoming rotational brigade, taking care of the quality-of-life issues of Soldiers, said John Strader, the site manager for Storck Barracks.

Pointing out that close to two-thirds of the rotational brigade will be located at Storck Barracks, Strader said, “During my 17 years of having served as a Soldier and as a Department of the Army civilian, Storck has not seen such a large amount of Soldiers to support and sustain.”

Quality-of-life support, in particular at Storck Barracks, also meant having to reorganize recreational support and to extend the hours of service.

“A lot of headway was made at Storck,” said Richard Martin, who serves as USAG Ansbach’s Community Recreation Division chief with the garrison’s Directorate of Family and Morale, Welfare and Recreation. “The former library was converted to serve as a recreational center, featuring pool tables, television access and other amenities. There is a computer zone with Internet access and WiFi to communicate with loved-ones at home.”

According to Martin, an array of recreation programs are planned, to include sports events organized around Soldiers’ deployment schedules.

“Our recreational team have and continue to organize a vast selection of opportunities for Soldiers to attend and to see and learn about their new environment when they are here and not forward deployed in other parts of Europe,” Martin said. 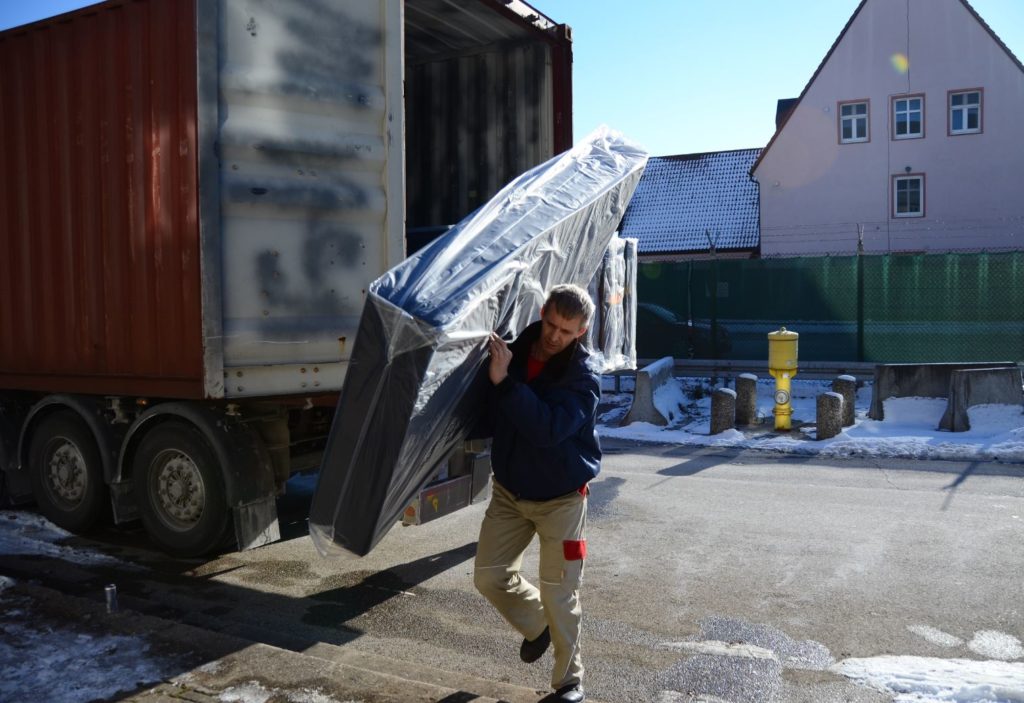 A contractor helps load a shipment of mattresses into a building at Bismarck Kaserne in Katterbach, Germany, Jan. 20, 2017. The shipment was part of U.S. Army Garrison Ansbach’s preparation for the arrival of the 10th Combat Aviation Brigade, which is scheduled to occur in phases primarily throughout the next two months. A portion of the brigade is slated to forward deploy to participate in Atlantic Resolve in Eastern Europe and support other aviation operations across Europe. (U.S. Army photo by Stephen Baack, USAG Ansbach Public Affairs)