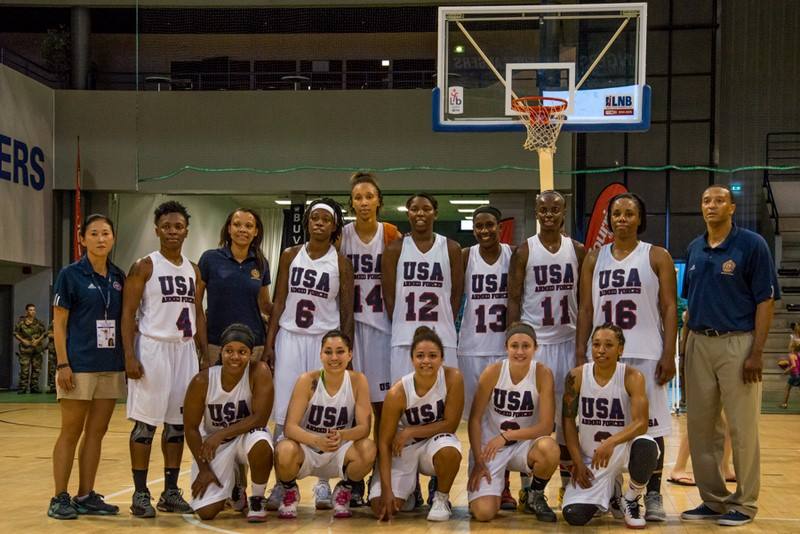 China was then able to sink four unanswered free throws to win 79-74. U.S. Army Spc. Kquanise Byrd led the U.S. effort in that game with 17 points.

China ended up taking home the silver medal after losing to Brazil by a single point. Brazil took home the gold after prevailing 87-86 in the championship.

The United States began the tournament by defeating host-nation France in their opener, 71-59, followed by a dominating performance over Sri Lanka, winning 137-37. It finished with a 3-1 record overall.

Although this was the first CISM World Women’s Basketball Championship, France hosted four nations last year at the CISM Regional Championship in Meyenheim. The United States took silver behind Brazil in 2014.

The United States will host the second edition of the CISM World Women’s Basketball Championship on Marine Corps Base Camp Pendleton, California, July 23 through 30, 2016.

The CISM World Military Games will take place in South Korea, Oct. 2 through 11. The world games take place once every four years.

To read the story on Army News Service, visit www.army.mil/article/151948.