U.S. Army representatives commemorate the fallen at Volkstrauertag in Ansbach 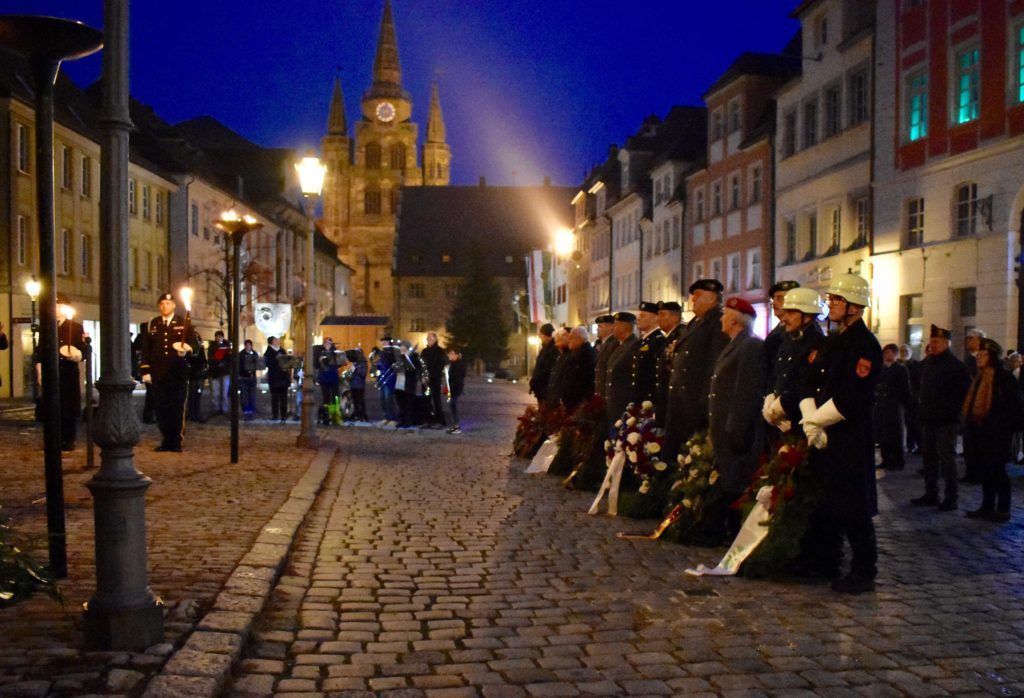 ANSBACH, Germany (November 18, 2019)  – Volkstrauertag is observed in Germany on a Sunday mid-November every year; the holiday is similar to Memorial Day, as it commemorates those who died in war and the victims of violent oppression of any nation.

Downtown Ansbach, the lord mayor invited residents and representatives of the U.S. Army, Bundeswehr (German army) and veterans organizations to assemble for a wreath laying ceremony at the war memorial on Johanniskirche Sunday afternoon. The event began with a ceremonial ringing of the church bells, followed by  the lord mayor’s remarks, music by a brass band and prayers. 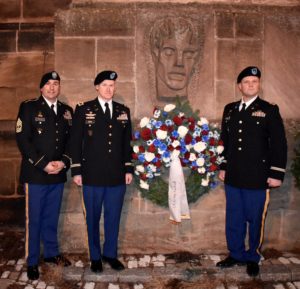