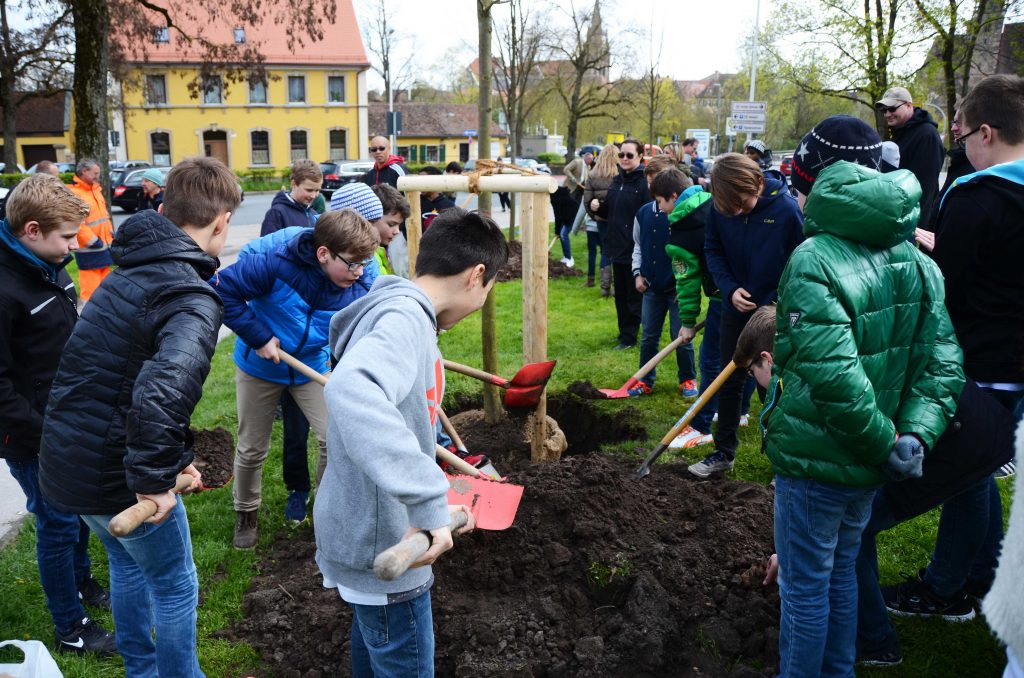 ANSBACH, Germany (April 29, 2016) – With shovels in hand, German and American children teamed up April 25 in downtown Ansbach to make their surroundings just a little greener.

As part of Arbor Day, USAG Ansbach and its Directorate of Public Works’ Environmental Management Division coordinated with Stadt Ansbach to invite children and members of both the U.S. military and local communities to plant three small-leaved lime (tilia cordata) saplings.

Arbor Day, or “Tag des Baumes” in Germany, is celebrated throughout the world in one form or another. Although the holiday has different names, timeframes, traditions and histories in different countries, the common goal for nearly all places that celebrate it is the simple act of planting trees.

Germany has been celebrating the holiday for more than 60 years, while the U.S.’s first celebration was in 1872 when Nebraskans planted an estimated 1 million trees.

Col. Christopher M. Benson, USAG Ansbach commander, joined Ansbach Mayor Martin Porzner to speak before the planting began. Benson said the planting of these three trees reminds him of the three trees he and his family planted on Arbor Day when he was an elementary school student in the Midwest.

“I hope you remember this Arbor Day, like I remember Arbor Day when I was growing up,” Benson said to the gathered crowd. “In third grade on Arbor Day, they let us take a little sapling home with us so that we could plant it in our yard. Even now when I go home to my parents’ house, I see those three trees in our backyard, and they are now maybe 15 meters high, and between 40 and 50 years old.” 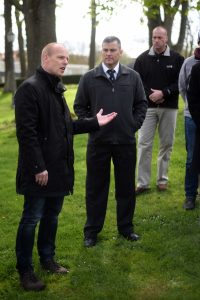 Benson said the day’s event also bears a historical significance because the planting site is the former grounds of the U.S. Army’s Hindenburg Kaserne, which housed the headquarters of the 1st Armored Division for nearly 20 years. A small, blue plaque that commemorates the planting of the three saplings now stands in the same field as the monument that pays tribute to Hindenburg Kaserne and the 1st Armored Division.

Porzner likewise talked about the importance of German-American relationships, and remarked on how vital trees are to the health of the environment – calling trees “die Lunge unserer Erde,” or “the lungs of the earth.”

Before the digging began, two USAG Ansbach children – fourth-grader Natalia Vega and fifth-grader Geniah Nells – read aloud the history of Arbor Day in America and the importance of trees, respectively.

Stephan Haas, who specializes in conservation and remediation management in USAG Ansbach’s DPW, said he was happy with the event and relieved that the weather cooperated.

“The weather was finally OK after some snow showers earlier today, and the sun came out,” said Haas. “We had a beautiful little time together. I especially like that the German and the American students really worked together hand in hand and shoveling together. That was the main purpose.” 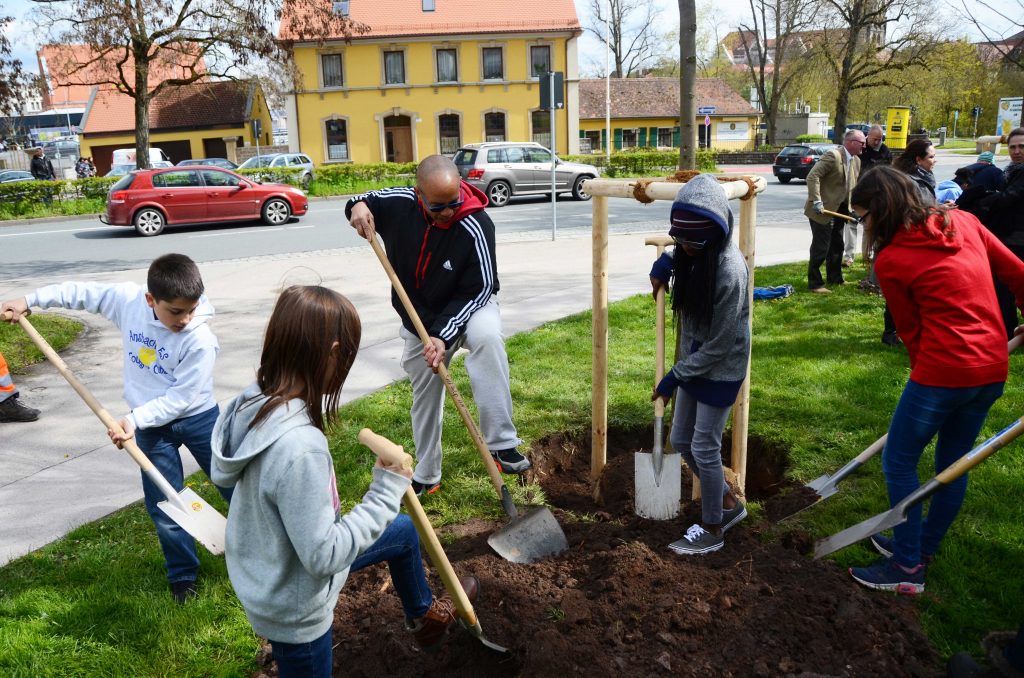