Iconic Storck Chimney to be demolished this month 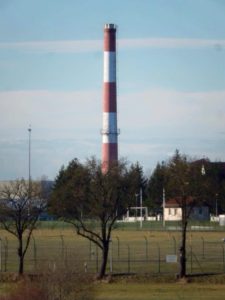 It has been a matter of debate for decades. It has been a visible landmark for both aviators and visitors alike. Traveling by car on Bundesstrasse 13, the iconic red and white chimney can be seen in the distance and lets everyone know where they are. As commanders and leaders have come and gone, some were insistent that the chimney come down. Others were just as insistent that it remain as is. One previous commander was adamant that it remain — just as he remembered it when he was a child and his family lived in Illesheim while his father served there with the Army.

There is a lot of myth surrounding this chimney. Some fact and some fiction. Like any good story, some of it is true and other stuff we just like to believe.

The chimney was not built by the Germans prior to or during World War II. It was constructed as a project in 1968 to provide heat and hot water to the kaserne. The entire project cost was $867,644.74, and the chimney alone cost $76,603.20. What cannot be seen from a distance is that it abuts an old, three-story, abandoned oil-fired heating plant — that has not been in service since 1989. When operational, this heating plant provided hot water that was used to heat the buildings producing radiant heat. Also, what cannot be seen: The tower is not hollow. Running from the base to the top are three metal pipes. The space between them is filled with a cementous compound — either cement or flowable fill. The heating plant and chimney were no longer needed in 1989. At this time, and to this day, the garrison buys hot water from a heating plant just outside the fence line. This heated water runs into the kaserne, passes through a heat exchanger, and heats our water to heat the garrison.

Also, what cannot be seen from afar: Both the building and chimney are completely surrounded by construction fencing. Warnings are posted that no one should enter. People are cautioned to be aware of falling debris.

As we searched through the Real Property Database file, we even found an estimate for an Engineer Troop Labor project from the early 1990s.

A project to demolish the chimney will start this month. It should be completely demolished by December of this year.

So, you may ask, “Why must the tower come down?” Here is your answer:

Over the course of time, freeze and thaw damage had rendered the tower a hazard. Winter after winter, the continual expansion and contraction of water freezing has undermined the integrity of the mortar holding the bricks in place. As a result, they periodically spall from the tower and fall to the ground. This explains why there is a construction barrier perimeter around the tower with warning signs posted.  Also, due to the chimney height, hazard lighting is required and is visible on top of the tower. These red lights can be seen at night and warn pilots of the chimney’s presence and potential flight hazard. As these light bulbs burn out, they must be replaced; however, the chimney is such a hazard that it is no longer possible to send a crew to the top to change the light bulbs or perform routine maintenance.

U.S. Army Garrison Ansbach has multiple projects on our Demolition List / Annual Work Plan, but the garrison has not received any funding for demolition in more than a decade. As opposed to using our garrison’s annual sustainment dollars for demolition projects, these monies are applied to projects that support the garrison. Almost all of the property on the demolition list poses no hazard and can remain where it is. The chimney is an exception.

In 2015, the garrison commander posed a question: The garrison gets about $16 million in sustainment funding every year. Estimates to demolish the tower were around $600,000. Did the garrison really need to spend that much money to tear the chimney down, or could it remain as it is — and those monies be used elsewhere? To answer this question, the garrison hired an engineering firm to study and ascertain the structural integrity of the chimney. After their assessment, they returned with their report that had the following recommendation: The chimney is a hazard and should come down. This project was added to the garrison’s 2017 Annual Work Plan and approved for execution. After design and bid, the contract was awarded and demolition begins later this month. 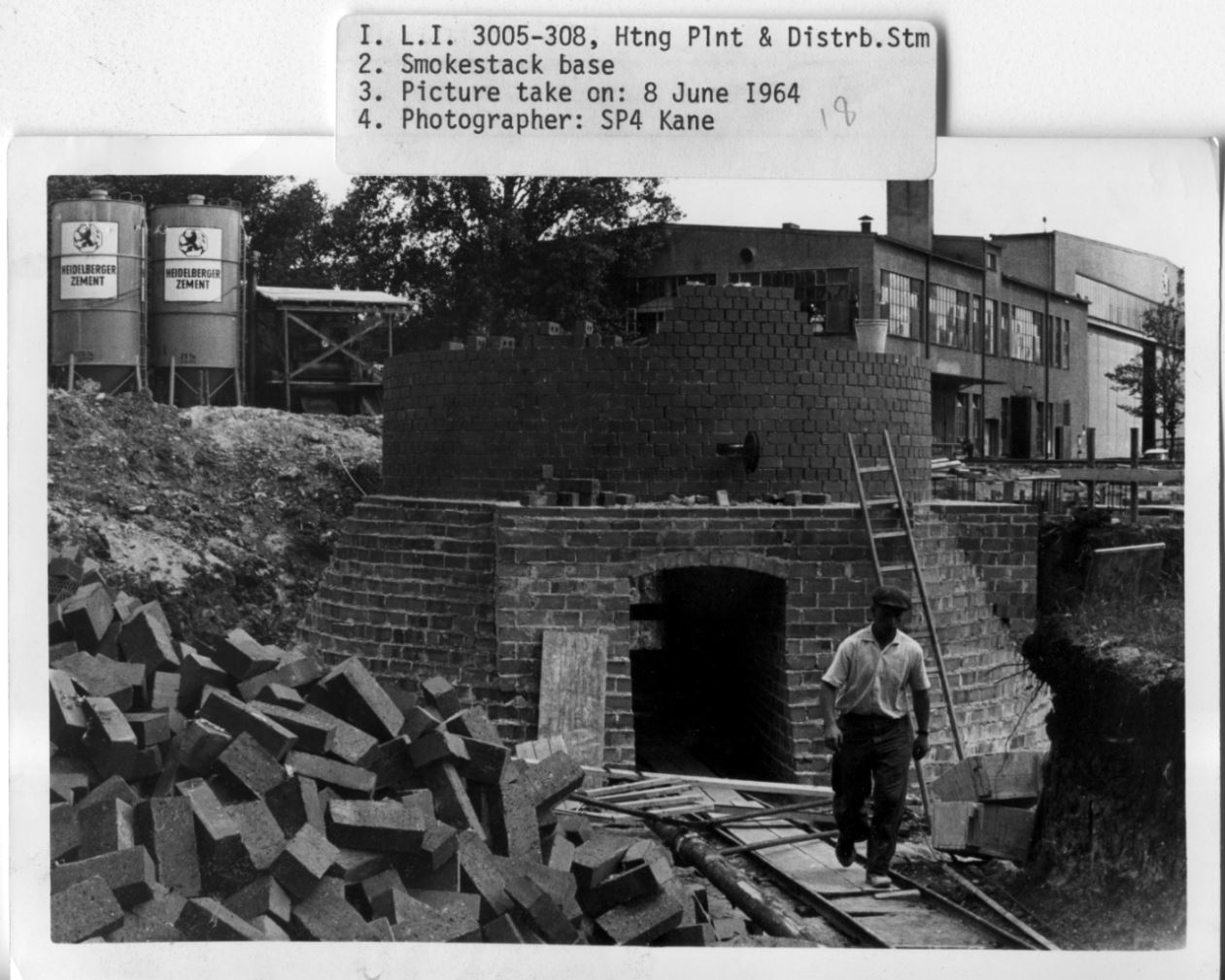