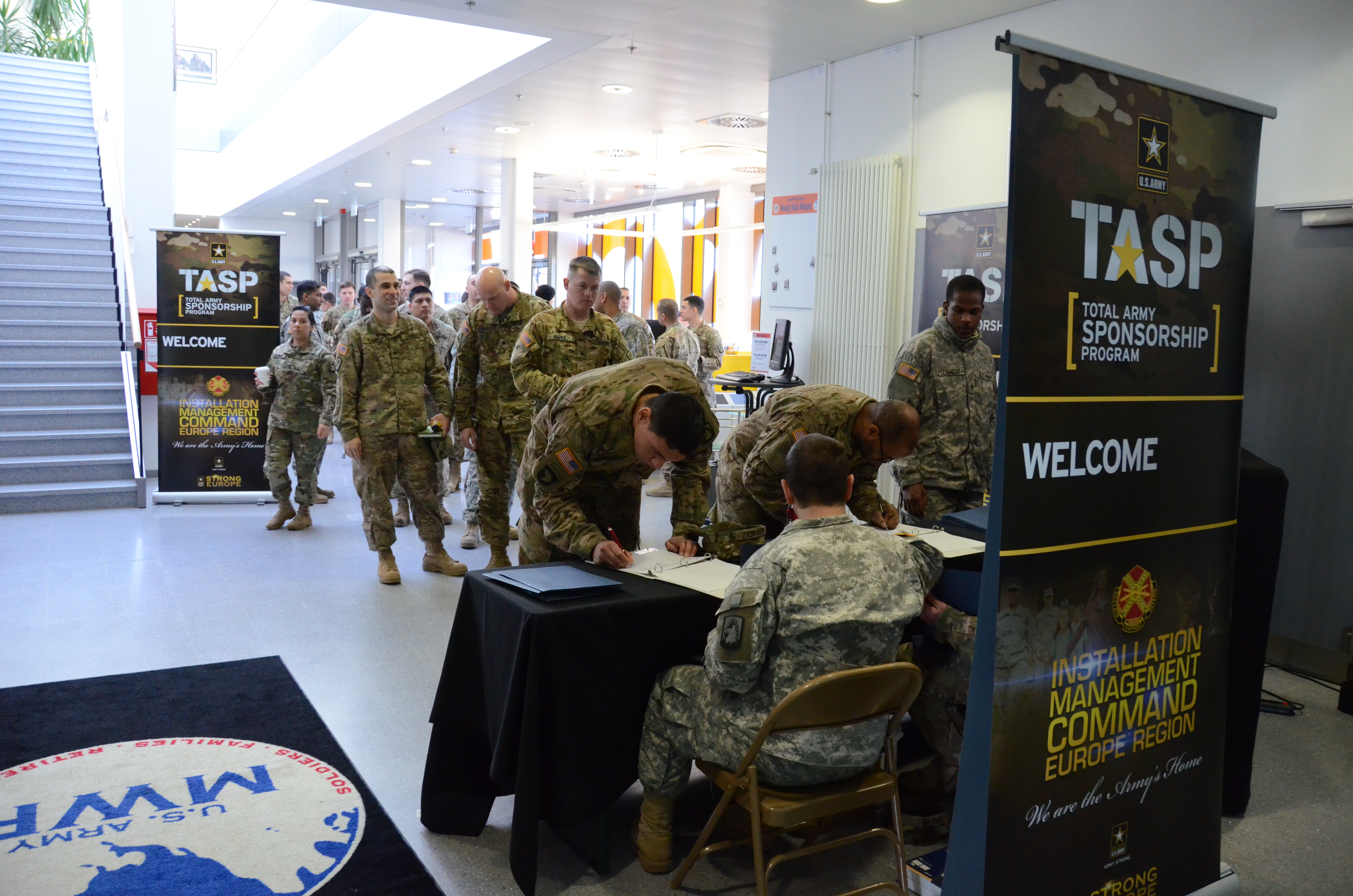 In this U.S. Army file photo, Soldiers sign up as they arrive to the rodeo at USAG Ansbach in 2016. USAG Ansbach is scheduled to hold its 2017 Total Army Sponsorship Rodeo April 26 from 9 a.m. to noon at the Katterbach Fitness Center. (U.S. Army photo by Bryan Gatchell, USAG Ansbach)

ANSBACH, Germany (April 5, 2017) – For new arrivals to a garrison, it’s the sponsor who provides them help first, who extends a friendly greeting, and who represents their new home. A sponsor’s role is crucial to the quick, full integration of the newcomer into his or her new hometown. 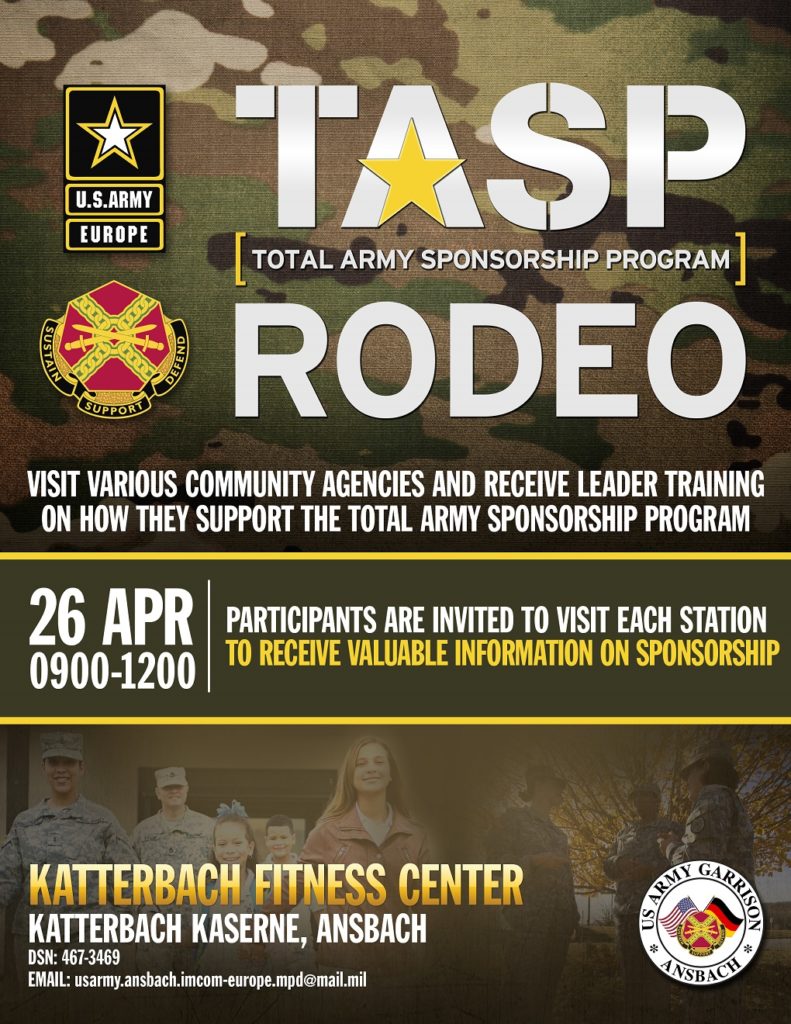 U.S. Army Garrison Ansbach is scheduled to host the Total Army Sponsorship Program rodeo from 9 a.m. to noon April 26 from at the Katterbach Fitness Center to train Soldier and civilian sponsors on the best way to familiarize and settle newly arrived community members.

“It’s important for the Soldiers to understand their new post, to make sure they have everything they need,” said Rhonda Hawes, chief of the Military Personnel Division at USAG Ansbach, who helped organize the event.

The rodeo is set up in stations throughout the basketball court of the fitness center. Different services (Ramstein Gateway Reception, Army Community Service, Housing, and Tricare) provide information to the sponsors. The goal is to equip sponsors with the information and resources they need to ease the transition of new arrivals into their new home at USAG Ansbach.

The rodeo is targeted mainly toward those most likely to become sponsors (Soldiers ranked sergeant and higher, Department of the Army civilians), but it is open also to recently arrived community members who wish to learn more about their new hometown.

“Everybody can attend,” said Hawes.

Additionally, there is a component geared toward spouse sponsorship.

Hawes emphasized the major differences between stateside and European rotations as one of the reasons sponsorship is critical at Ansbach.

“Young Soldiers coming in with three or four children, they need to know about housing, Commissary privileges, ID cards,” she said. “Being over here in Europe is a totally different animal than being in the states.”

Installation Management Command – Europe created the rodeo to provide unit leadership with the tools and knowledge to establish and maintain an effective sponsorship program within their organizations.