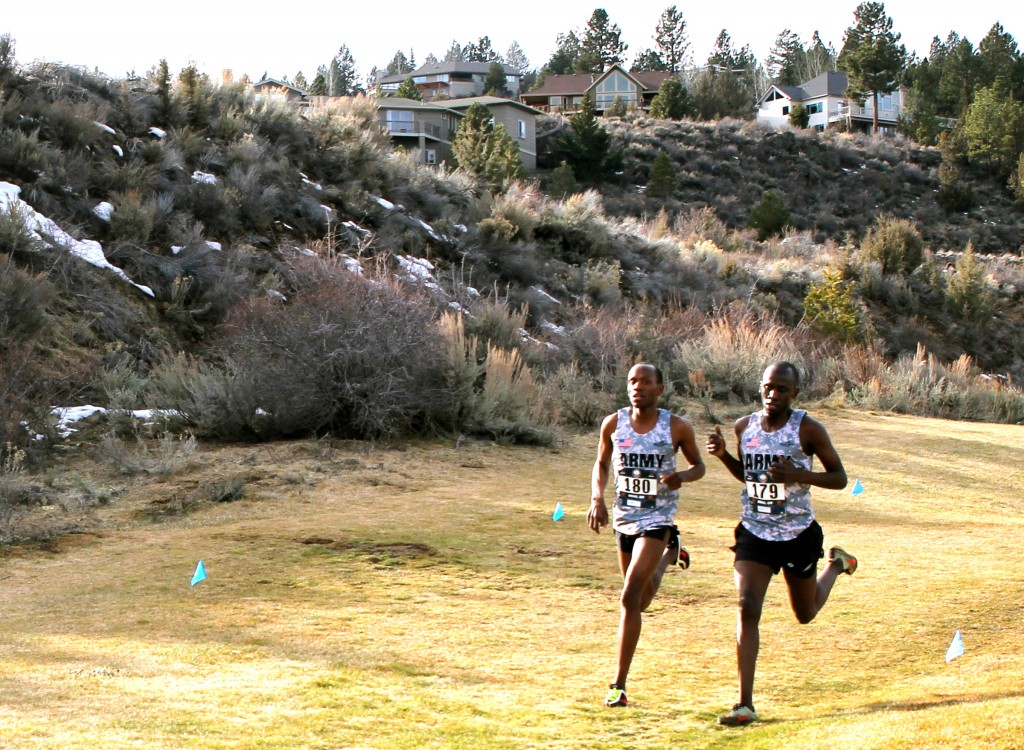 The Armed Forces championship is run in conjunction with the USA Track and Field Winter National Cross Country Championships.

Spc. Hilllary Bor, 26, of Fort Carson, Colorado, and Spc. Emmanuel Bor, 28, of Fort Bliss, Texas, led the men in the Armed Forces race, while placing eighth and ninth in the national championships. Sgt. Caroline Jepleting of Landstuhl Regional Medical Center in Germany finished second among the women in the Armed Forces division of the 10-kilometer races and 10th in the national championships.

The event turned into a family affair for the All-Army teams, which featured three brothers and two sisters.

“Who does that? Is it not history?” Emmanuel Bor said “I am so happy to win the title, especially winning with my brothers.”

“[We have] run against each other before,” Hillary Bor said. “But to run for the U.S. Army as teammates at a national level was a dream come true.”

Col. Liam Collins has been involved for more than two decades with All-Army Sports endurance events, such as the Army Ten-Miler, Marine Corps Marathon, Armed Forces Cross Country Championships, CISM Orienteering and obstacle-course racing. For the past five years, he has been coaching All-Army teams at those events.

He showed no surprise when the Army dominated both races, but was amused at how it became a family affair.

“This is definitely the first time we’ve ever had three family members all on the same team,” said Collins, 45, who finished 13th in the masters division (over 40) of the national championships. “I’ve seen some husbands and wives before and seen two brothers or two sisters. But to see three on such a small team is pretty amazing. And for all three of them to score for the Army is impressive.”

“As a Soldier, I have learned to plan and manage my time well, in my job and athletic-wise,” Jepleting said. “As a Soldier-athlete, integrity and self-discipline are the keys to success. I don’t take any given opportunity or time to train for granted. I do the best I can to get better each day.”

Collins believes giving the Soldiers the chance to compete at a national level has a trickle-down effect that enhances the entire Army.

The Soldiers return to their units and inspire everyone to push a little harder during physical training, and to give a little more in daily duties, he said. “It’s hard to slack off when there’s a world-ranked athlete pushing you to excel.”

The reverse is also true, according to Collins. Participating in the Armed Forces and national events makes the runners better Soldiers.

“What I’ve found over the years of coaching is that I’ve almost never seen an athlete at that level that isn’t also a good Soldier,” Collins said. “The discipline and the competitive spirit that makes them a good athlete also makes them a good Soldier because they are committed to what they do and they understand sacrifices and what it takes and that it’s all about the team.

“I think the sports really carry over well to what they have to do in the military,” he concluded.

Emmanuel Bor said the program also allows him to act as an ambassador to other athletes around the world.

“It’s a great opportunity to represent the Army and the U.S. Armed Forces in sports,” he said. “People are often surprised, and maybe a little intimidated, when they see the Army logo on my uniform at the starting line.

“I think it fosters friendship and togetherness,” he continued. “I remember when I represented the U.S. at the 2015 CISM Military World Games in Korea. The theme was ‘Friendship Together, Peace Forever.’ It was a powerful message, it was incredible.”