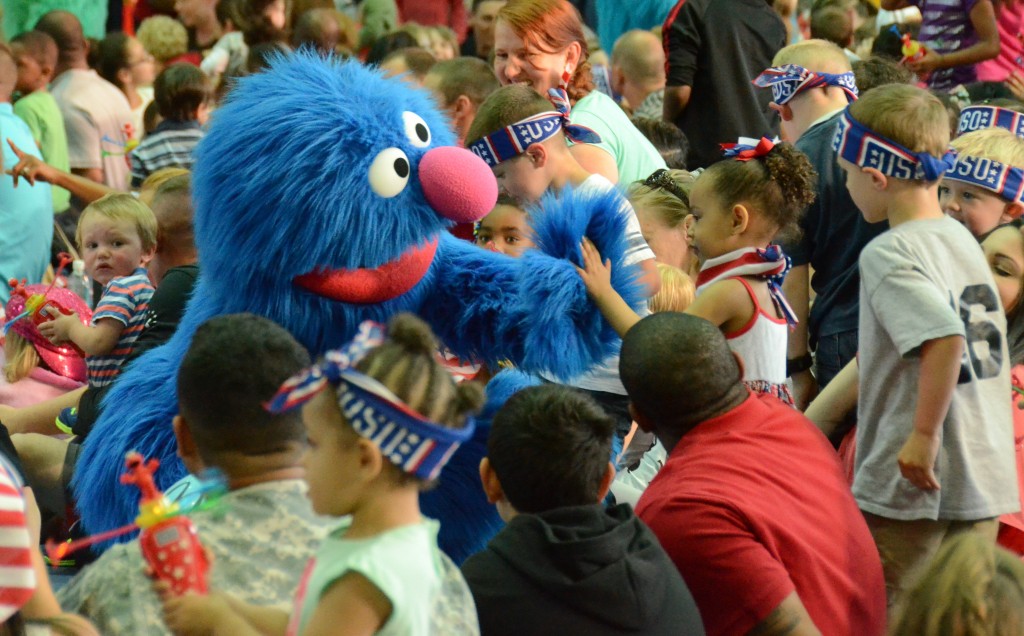 This USO-presented show included characters Elmo, Cookie Monster, Grover, Rosita, and Honker as they help Katie, a military Family member, adjust to an upcoming move her family is making to a new military post.

There were two shows during the afternoon, and collectively more than 900 community members attended the programs.

The on-stage Muppets covered a variety of topics dealing with the difficulties military children face as they move to new locations, including staying in contact with friends, making new friends in new places, and more.

Following the event, Col. Christopher M. Benson, U.S. Army Garrison Ansbach commander, presented a plaque to the USO representatives and the Muppets. In addition to thanking the USO, Benson also thanked Family and Morale, Welfare and Recreation, who helped coordinate the event and the volunteers who helped run the event.