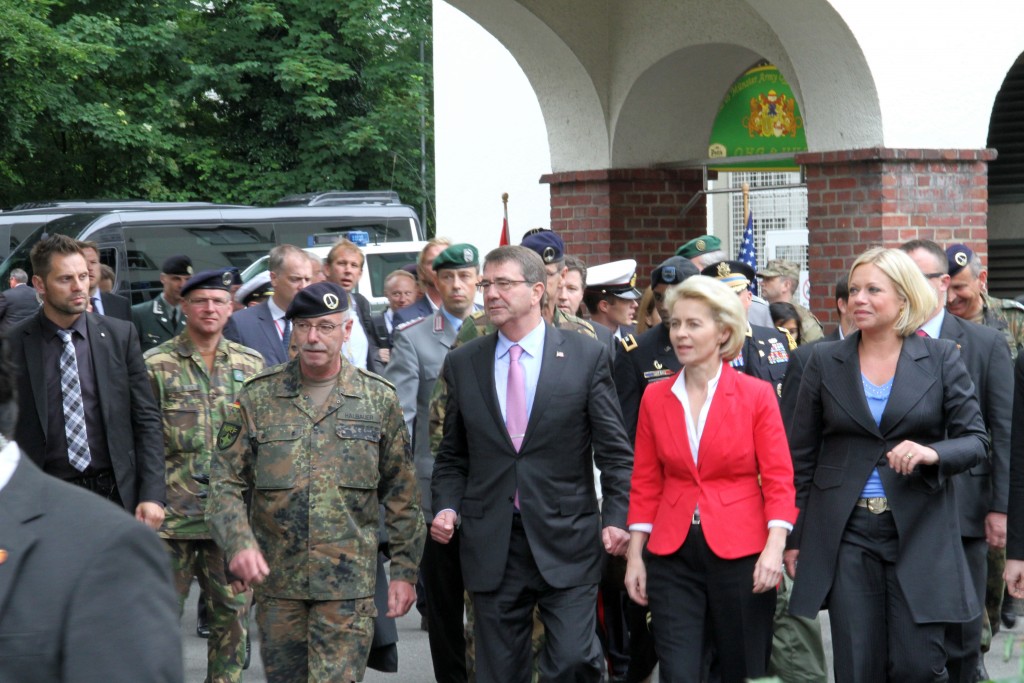 Along with Carter, the delegation included defense chiefs from Germany, Netherlands and Norway.

Carter and the defense ministers discussed the current NATO security situation and NATO Rapid Deployable Forces among other topics during a press conference held at the 1GNC headquarters in central Munster.

Ahead of the press conference the delegation met soldiers taking part in a display of troops and equipment used during Exercise Noble Jump in Zagan, Poland. The exercise included 2,100 soldiers from 9 allied nations and was the first of its kind for NATO since establishing the Very High Readiness Joint Task Force concept. The VJTF was agreed upon by NATO members established to enhance NATO’s ability to respond quickly to security challenges, particularly in response to threats along its southern and eastern borders.

In addition to Noble Jump, several other exercises are taking place concurrently under the Allied Shield series seeing some 15,000 troops, from 19 allies and three partner nations, train across Eastern Europe.

Carter, who made the stop during a European tour with scheduled stops in Berlin and Estonia, spoke with USANATO Soldiers who participated in Noble Jump and others assigned to 1GNC thanking them for what they were doing to enable the alliance and congratulating the Soldiers on their completion of the NATO-spearhead exercise.

“The importance of what NATO is doing is shown by the men and women in uniform we’ve seen here today,” said Carter. “It’s proven through the completion of Noble Jump last week.”

The event concluded with a meeting of the four defense ministers.