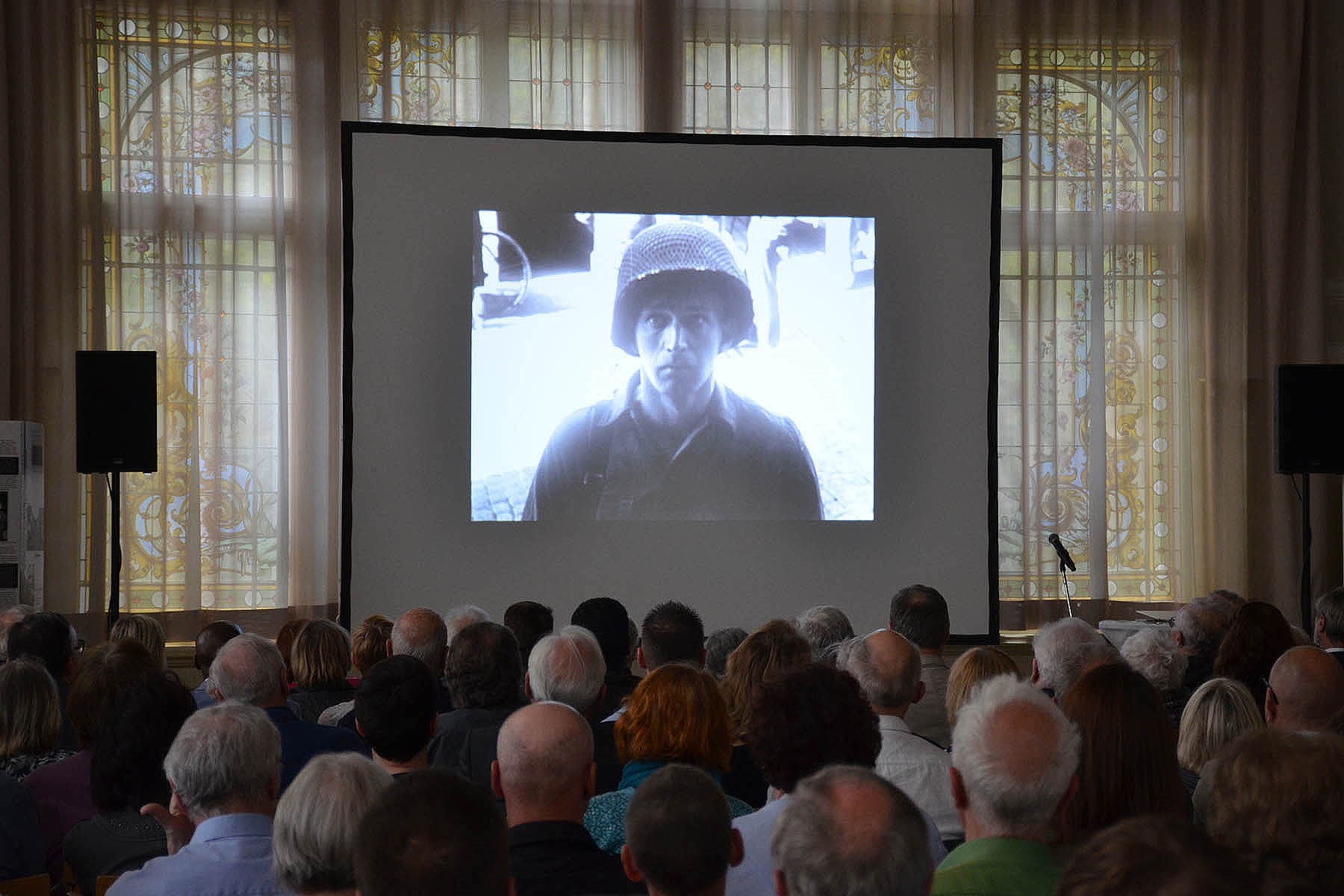 ROTHENBERG OB DER TAUBER, Germany — U.S. Army Garrison Ansbach (USAG Ansbach) commander Col. Benjamin Jones was a special guest of the Rothenburg ob der Tauber Oskar von Miller Realschule documentary film group April 16. Jones was invited to the Rokokosaal at the city Wildbad for the first presentation of the group’s new film about the last days of World War II in the Bavarian region of Franconia, and specific events that took place in and around Rothenburg immediately following the arrival of American troops.

The new film, titled “…and now show that you are one people! (Rothenburg between rescue and total destruction).” tells the post-war story in increments, beginning with the negotiations and subsequent capitulation of Rothenburg to the U.S. Army’s 12 Infantry Regiment who accepted the surrender of the city on April 17th, 1945.

Much of the material used in the film was drawn from U.S. archival footage from the period, as well as documentation of events found in U.S. Library of Congress and U.S. Army archives. First-hand accounts from German soldiers and civilians as well U.S. Army forces augment the vintage photos and film footage to tell the story.

Jones had recently invited local historical documentary filmmaker Thilo Pohle to show the acclaimed 1995 documentary “Incident at Brettheim 1945” at the Von Steuben Community Center on Bismarck Kaserne April 12. The film, made through a joint effort of U.S. and German high school students, explores the tragic sequence of events that led to the murders of citizens in the tiny village of Brettheim by local SS leaders in the last days before the end of WWII. The town of Brettheim is located approximately 30 miles west of the American military community in Ansbach.

Jones was particularly thankful for the opportunity to attend the initial viewing of the new film since its central theme – the end of the war and beginning of German-American cooperation and friendship in the region – carried with it a message of hope and redemption, and how Americans contributed the rebuilding of German society in the post-war period. “As a representative of the U.S. Army Garrison in Ansbach, I am honored to have been invited and to take part in this, the first public screening of the documentary.” he said.

As the film’s director and producer Thilo Pohle addressed the audience of more than 200 after the Rothenburg screening. “Much life, and the town itself were saved when the Americans came to parlay for the town’s surrender. The Americans were able to convince the Wehrmacht (German Army forces) to withdraw without fighting and give up the city. Ignoring the SS district leaders still in the region, the Americans then treated with the civilian magistrates directly to give up and save Rothenburg.” Pohle said. 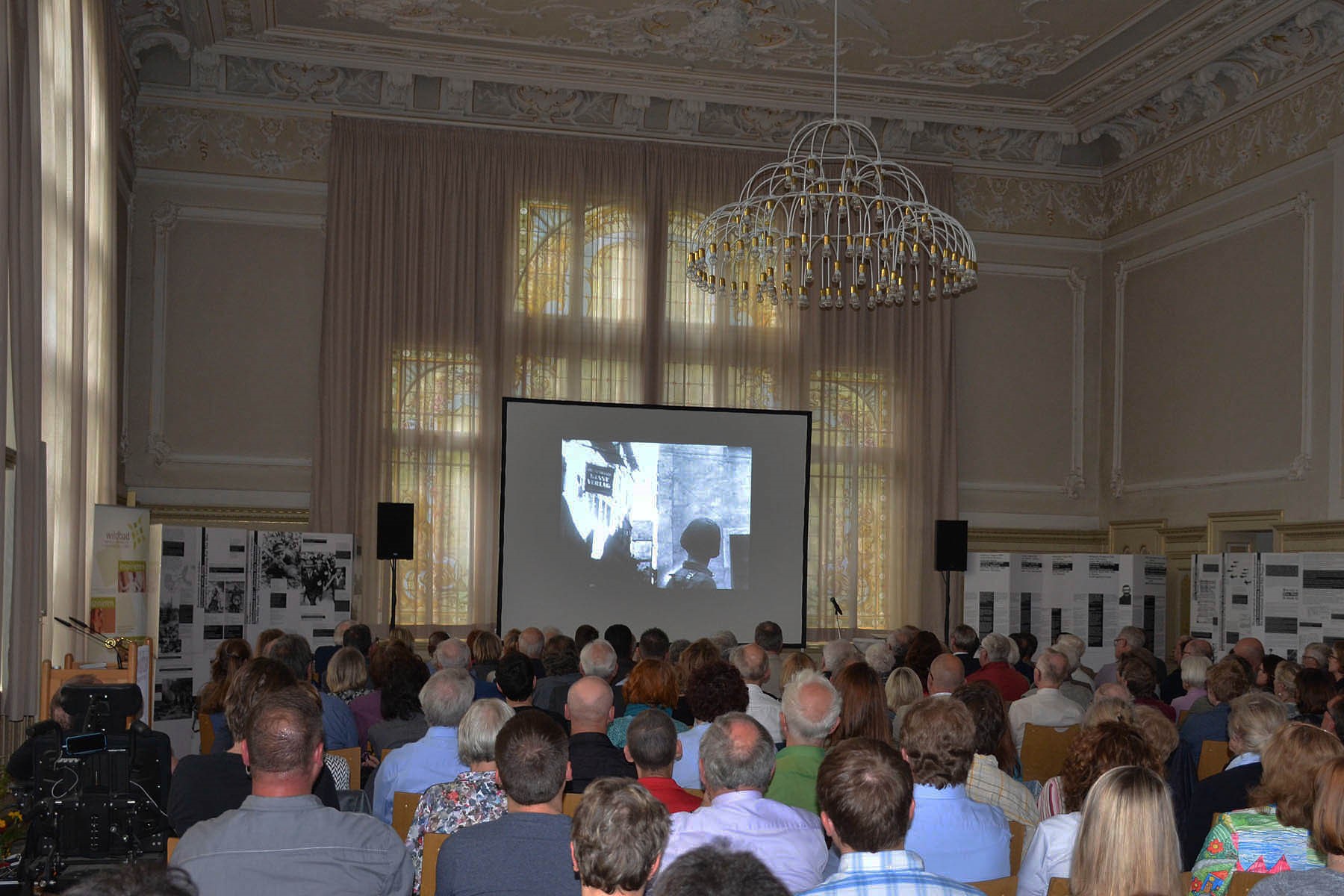 “This film shows how those responsible for the senseless fighting, district leader Hoellfritsch and SS General Simon finally assume no responsibility at all. Rothenburg was ultimately saved by courageous American peace negotiators, some local people and a few brave Wehrmacht officers who knew that the war was lost.” said Pohle. “If SS General Simon had prevailed, the town would have been sacrificed and turned into rubble, totally destroyed exactly like nearby Crailsheim. The American tanks and artillery were lined-up outside the walls.”

“After the surrender, people from both sides began to come together in small ways. From the German side, the enemy image of the Americans, so long distorted by Nazi propaganda, quickly begins to be dispelled.” said Pohle, pointing out that the arrival of African American Soldiers was the first time many Rothenburg citizens had experienced contact with a person of another color. “The kindness, openness and dignity of black American soldiers was one of the great, sudden refutations of Nazi propaganda – and everything the Nazis believed or lied about – that the city had experienced after the surrender.” Pohle said.

Later, USAG Ansbach Command Sgt. Major Philson Tavernier took up the subject while in conversation with fellow attendees at the social event following the screening. “The film is much more than a window into the history of a small town. It’s also a testament to the power of human relations regardless of race, ethnicity, religion or language.” said Tavernier. “The efforts of the young people who made this film is inspiring, and prevents history from repeating itself. So many of these stories are forgotten and never told. By taking the time to document these stories we learn how the world is connected far more than we realize.”

Pohle said in his closing remarks: “This historical documentary, made with the help of many newly discovered American military archive materials and pieced together by German students to tell a truly compelling German-American WWII story, is in itself a remarkable story.” 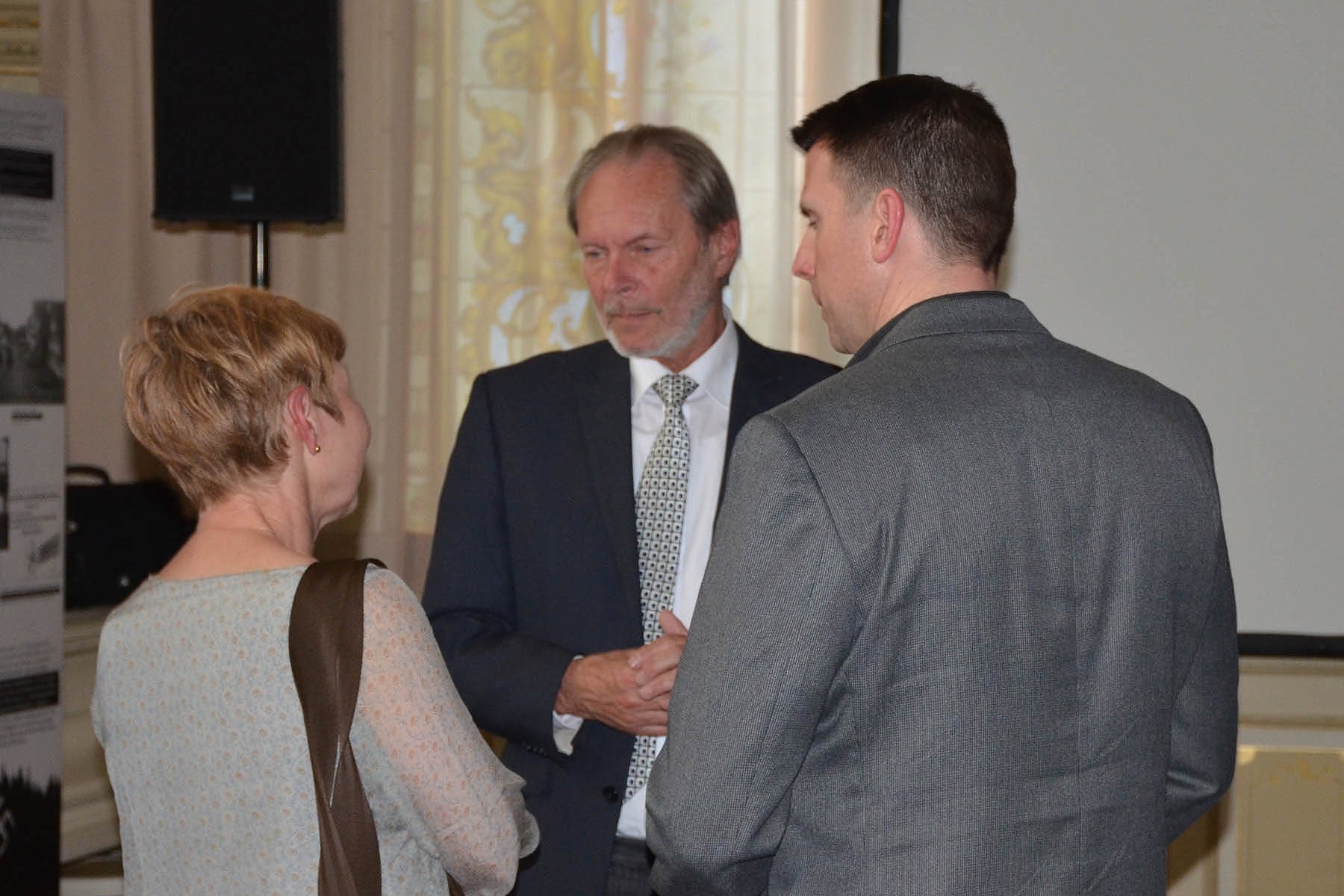 ABOUT THE U.S. ARMY COMMUNITY IN ANSBACH
The U.S. Army Garrison Ansbach (USAG Ansbach) Military Community is located in the Franconian region of Bavaria and is spread across six sites and nine kasernes dispersed around the city of Ansbach and the village of Illesheim: Barton Barracks, Bismarck Kaserne, Bleidorn Kaserne, Franken Kaserne, Katterbach Kaserne, Oberdachstetten Training Area, Shipton Kaserne, Storck Barracks, and Urlas Kaserne. Today, Ansbach is the home of the 12th Combat Aviation Brigade (12th CAB), the community’s largest tenant unit. USAG Ansbach continues its mission of streamlining base support operations management, allowing tactical commanders to concentrate on their essential training and missions. The garrison takes pride in its support to more than 6,000 Soldiers, civilians, and family members, working and living within the USAG Ansbach area.

To learn more about the people and facilities of the U.S. Army Garrison Ansbach (USAG Ansbach) and the people they support in Ansbach, Katterbach and Illesheim, visit the community website at www.ansbach.army.mil