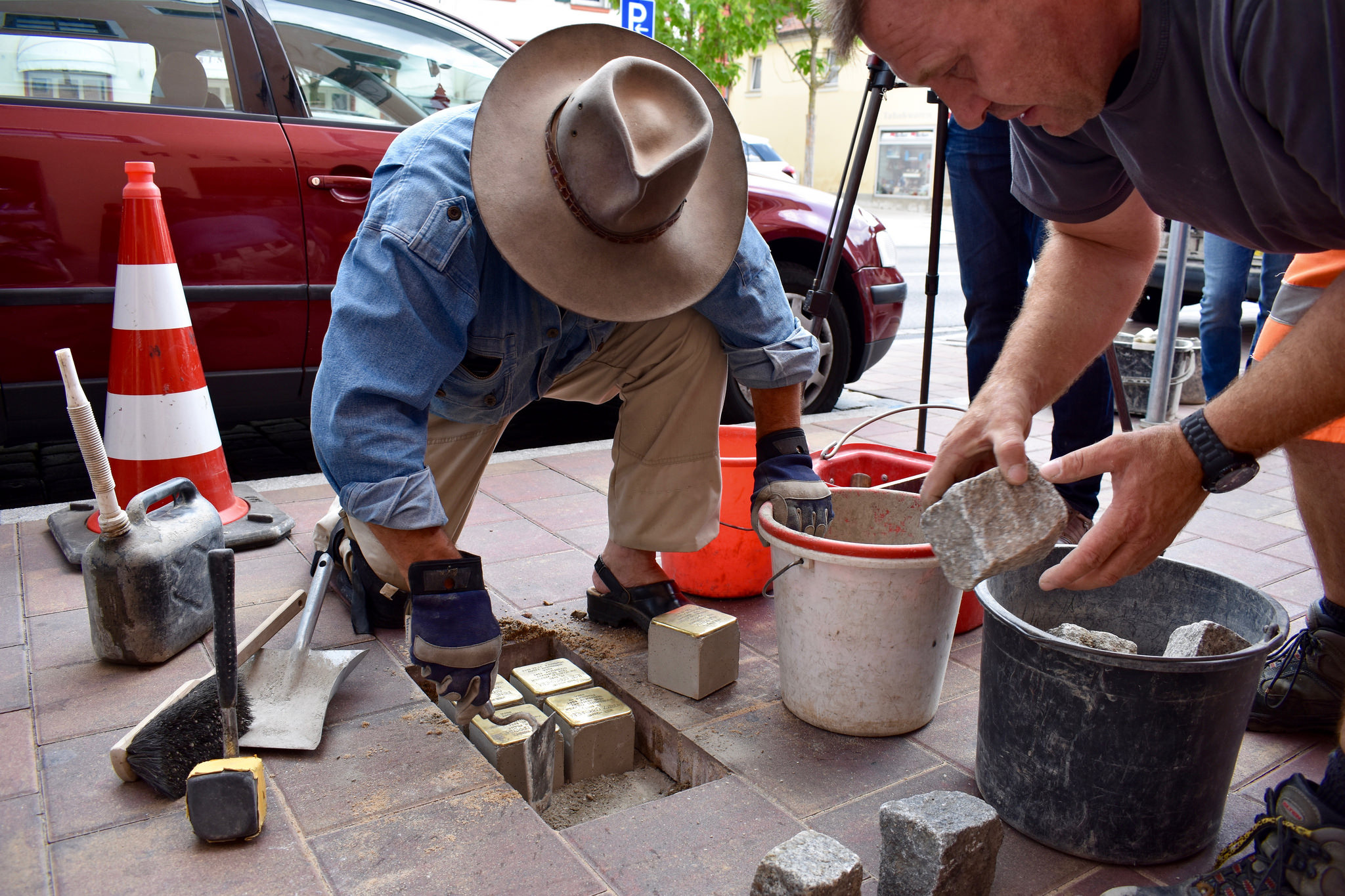 Residents and officials from the City of Ansbach, as well as the German artist, Günter Demnig, who crafted and engraved each Stolperstein with a victim’s name, date of birth and fate, placed the brass blocks in front of the victims’ former residences to remind passers-by of the victims’ fate during the Nazi regime.

The first commemoration in Ansbach took place in 2014 and has been annually observed since.