Potable water: Where do we get it? 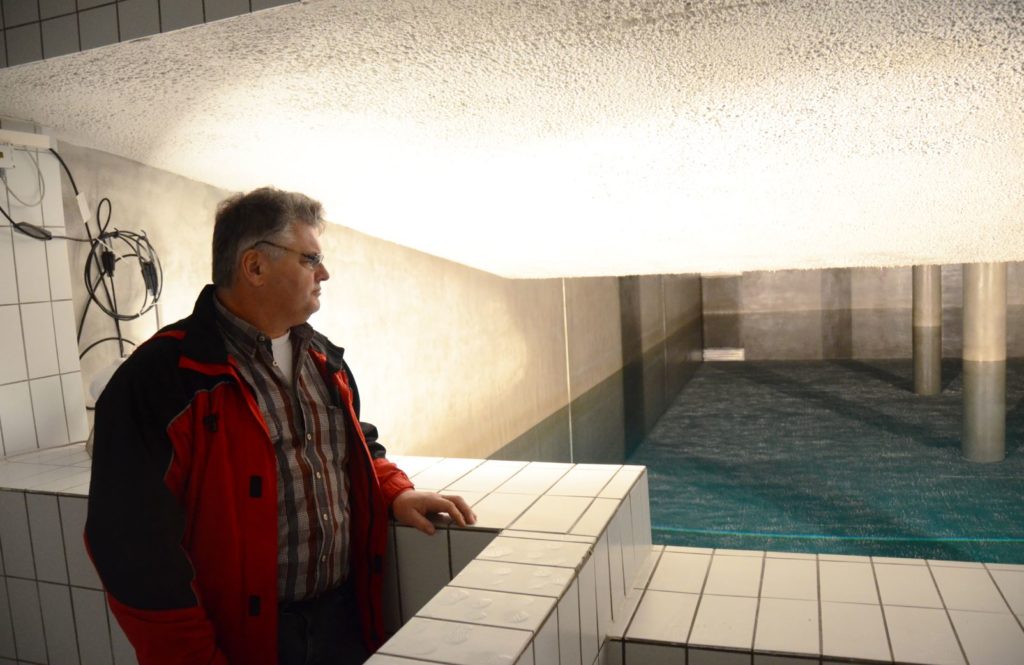 ANSBACH, Germany (April 7, 2017) — Water is not a scarce commodity here in Germany. The annual water extraction is only approximately 17 percent, which means that 83 percent of the available water supply is not used. The public drinking water supply in Germany comes 70 percent from ground and spring water, 13 percent from dams, sea or river water, and the remaining 17 percent from surface waters.

Where exactly does our potable water here at USAG Ansbach come from?

The garrison has two Potable Water Systems that supply the many different installations. The city of Ansbach provides drinking water for Barton Barracks, Bleidorn Family Housing, Bismarck Kaserne, Katterbach Kaserne, Urlas and Shipton Barracks. The Illesheim potable water system feeds Storck Barracks, Oberdachstetten Training Area and Franken Kaserne. The garrison buys water from the Stadtwerke Ansbach GmbH, which in turn receives it from 22 deep groundwater wells and one spring in the vicinity of the towns of Schlauersbach and Gersbach (13 and 22 kilometers, respectively, to the southeast of Katterbach).

Before the water arrives in our kitchens and bathrooms, it is subject to a water treatment in accordance with the German Potable Water Ordinance (Trinkwasserverordnung). The Stadtwerke Ansbach first extracts the naturally occurring iron and manganese from the water using a quartz/sand filter. Then, phosphate is added as a corrosion-control inhibitor, and chlorine gas is used for continuous disinfection. The chlorine that is still left in the drinking water when it leaves the treatment facility has a concentration of 0.01 milligrams per liter. To meet German standards, there is no residual disinfectant present in the drinking water entering the Ansbach Garrison Potable Water System.

Once the drinking water arrives at the USAG Ansbach installation, it is treated to U.S. standards at the on-post chlorine stations or, as it is at Bleidorn Housing, at each housing unit, where chlorine and fluoride are added.

The FWF does not treat the drinking water before it is supplied to Illesheim/Storck Barracks, because the potable water that is distributed to the installations complies with the German Drinking Water Ordinance. When the drinking water enters Illesheim, the same chlorination and fluoridation procedure is applied as it is done for Ansbach to comply with U.S. Army drinking water requirements.