Soldier for Life: Former Soldier inspires others through poetry 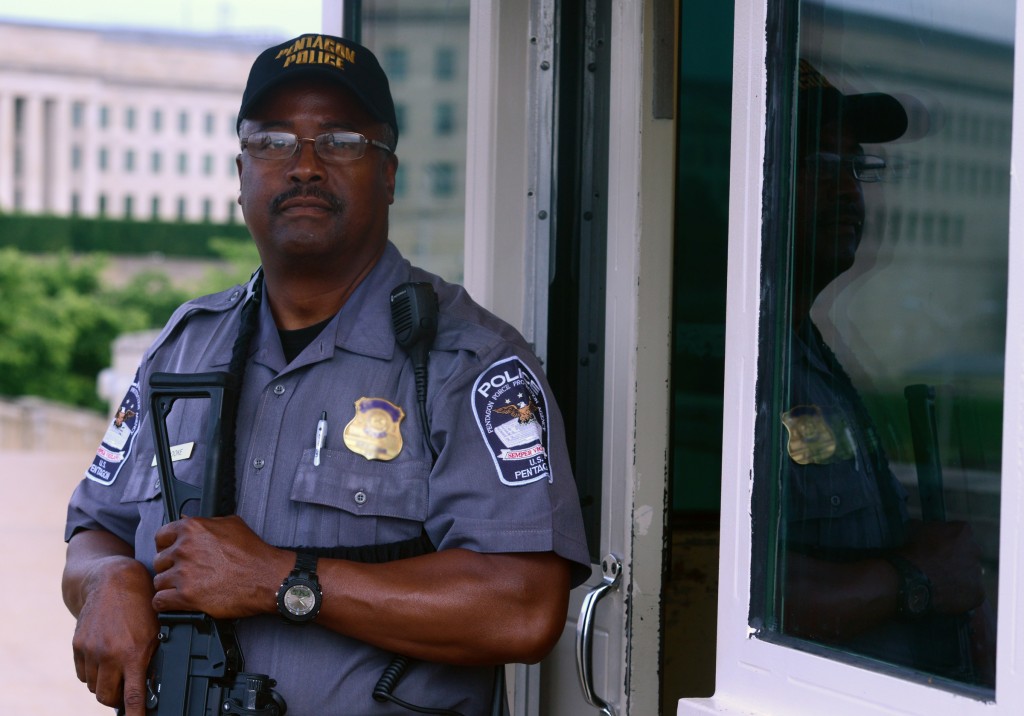 Charles E. Cooke, a Pentagon Police officer and former Soldier, communicates his thoughts and feelings through poetry. He has a stack of poems, which he carries in a leather briefcase. If someone at the Pentagon is feeling blue or needs inspiration, he will offer them a poem that he thinks will help. (U.S. Army photo by David Vergun, Army News Service)

WASHINGTON (Army News Service, June 16, 2015) — People entering the Pentagon are greeted with a smile and a handshake from Charles E. Cooke, Pentagon Police officer, who can usually be found guarding the building’s entryways.

“We worked together as one team. We depended on one another, and, we watched each other’s back,” he said.

Working as a team requires good communications and caring about others, he said.

Today, Cooke communicates his thoughts through poetry. He has a stack of poems, which he carries in a leather briefcase. If someone is feeling blue or needs inspiration, he will offer them a poem that he thinks will help.

And, during off-peak hours, when not many are entering or leaving the building, he will even take a moment to recite a poem to someone – he has memorized them all, delivering them in a pleasant sing-song fashion.

Cooke believes everyone should try to broaden their circle of acquaintances and experiences outside of their own little group to help make the world a better place.

While Cooke has lifted the spirits of countless people, a few have taken advantage of him, stealing his work and making a profit from it, he said. So now, he registers all of his poetry at the U.S. Copyright Office.

Here are two of his poems, printed with permission.

The Pentagon Police had risked their lives to save others
Entering the Pentagon in search for bodies, one after another
Some officers were denied entry by the heat from the jet fuel
One officer had reached the point of using his voice as a tool

There were a few police officers that stared death in the face
They were struggling against time, without a second to waste
There were police officers escorting the fire and rescue team
Lives were definitely at risk during the evacuation from the scene

To Our Marines and Soldiers

We are proud of our Marines and Soldiers
For supporting our country with their voluntary enlistment time
For the sacrifices they made, leaving home at the drop of a dime
For being on alert for terrorist attacks during the day and night
For fighting deadly battles that no one else would dare to fight

To read this story at Army News, click here.