Announcements, Moving within and departing our community

Know before you go this summer: PCS import requirements

WIESBADEN, Germany (June 15, 2015) — People scheduled to move to the states this summer should start preparing now by separating things that are banned from import and finding new homes for them, and applying for import permits on restricted items.

“Prohibited items include meat and meat products such as sausage, pâté and salami, as well as plants, plant products and all destructive devices,” said Mike Dean, director of the U.S. European Command’s Customs and Border Clearance Agency. “If you’re planning on shipping firearms, ensure you have proof that you owned them in the states or have an import permit.”

• Owners of vehicles not made to U.S. standards have to ship them through commercial importers registered with the Department of Transportation and Environmental Protection Agency. However, vehicles more than 25 years old are exempt from this rule.

• Most mopeds and motorcycles must also meet U.S. safety and pollution standards, and all vehicles must be free of dirt, insects and vegetation.

• Wine collections can only be shipped with advance approval from the transportation office.

• Endangered species items such as ivory and some furs may only be shipped if owners can prove they were previously owned in the U.S. or are antiques more than 100 years old.

• State attorneys general must approve imports of gambling devices. These devices must be registered with the Justice Department in Washington D.C. 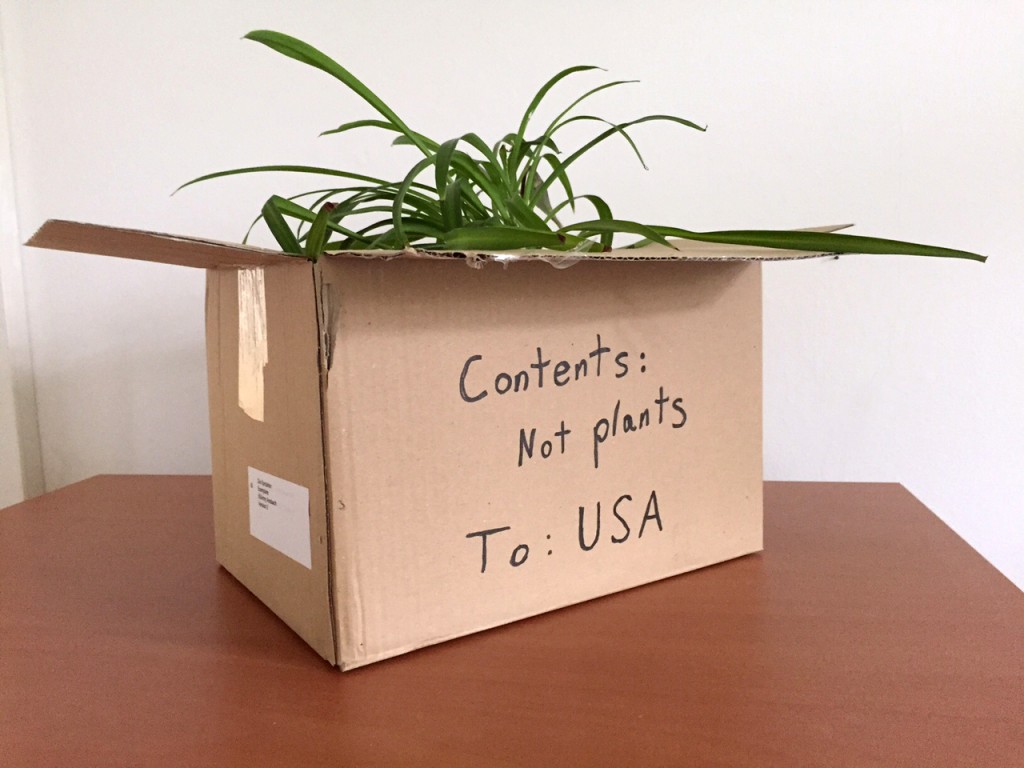 People scheduled to move to the states this summer should start preparing now by separating things that are banned from import and finding new homes for them. Prohibited items include meat, plants and plant products, according to U.S. European Command’s Customs and Border Clearance Agency. (Photo by Stephen Baack, USAG Ansbach Public Affairs)