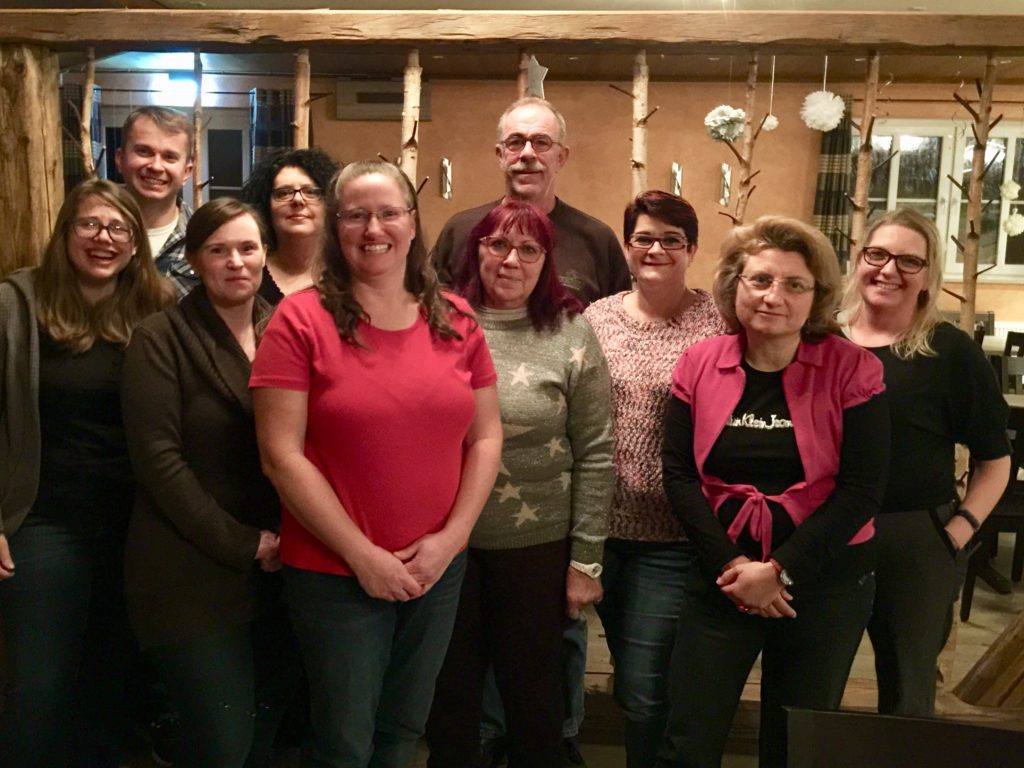 ANSBACH, Germany (Feb. 8, 2019) –  Outreach-KONTAKT Franken, USAG Ansbach’s official German-American friendship club, gathered its members Tuesday evening for annual board elections and voted on a new board for the year 2019.

Board members are elected for a one-year term; they represent the friendship club in an official capacity, and plan and organize events and activities throughout the year.

The newly elected board officers are:

Outreach-KONTAKT Franken is open to everyone and always interested in finding more community members to join them and become a part of German-American friendship. Club members meet at least twice a month for regular meetings called Stammtisch in a restaurant and participate in many other seasonal activities throughout the year. Events include German-American Bowling Night, barbecues, cooking classes, day trips to museums, cities and sights, and other recreational outings, and are intended for the whole family.

Interested community members are always invited to join a Stammtisch and meet with club members in an informal and friendly atmosphere.  To learn more about the friendship club, visit Outreach-KONTAKT Franken on their Facebook page, which is host to all their news, events and activities.