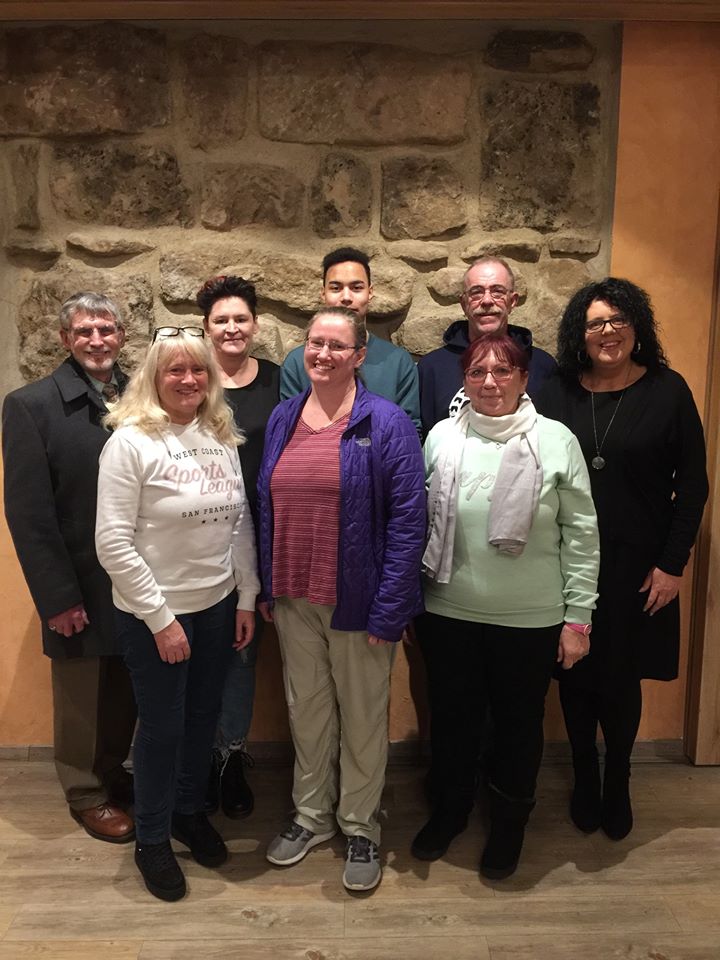 During the first board meeting, near and long term calendar events were planned for the coming year. These include a summer barbecue in May, the continuation of the German-American Bowling Night into the summer months, and the addition of “Biergarten Hopping,” excursions to various restaurants in the area that offer a cool beer garden on hot summer evenings.

The biggest change is the permanent move of the regular Stammtisch meetings from Tuesdays to Thursdays. “We realize that quite a few regulars have other commitments on Tuesdays and had to choose in the past, and we want to accommodate those members to make it easier on them,” said Claudia Amato, the German club president.

Starting in April, regular Stammtisch nights will take place in Ansbach on the first Thursday each month, and in Herrieden on the third Thursday. The German-American Bowling Night will remain scheduled for every fourth Thursday at the Katterbach Bowling Center.

Outreach-KONTAKT Franken is open to everyone, and participants are always interested in finding more people to join them and become a part of the German-American friendship experience. Community members are invited to join a Stammtisch and meet with club members in an informal and friendly atmosphere. To learn more about the friendship club, visit Outreach-KONTAKT Franken on their Facebook page, which hosts to all their news, updates, events and activities.

The Outreach-KONTAKT program gives American Soldiers, family members and civilians in Germany an opportunity to learn about their host nation and understand its culture and customs alongside Germans and citizens of other countries. It helps bridge cultural differences. Members are goodwill ambassadors for both the United States and Germany. It is U.S. Army Europe’s (USAREUR) only regulatory outreach community relations program and connects the Army and local communities in current, enduring, and former USAREUR communities.