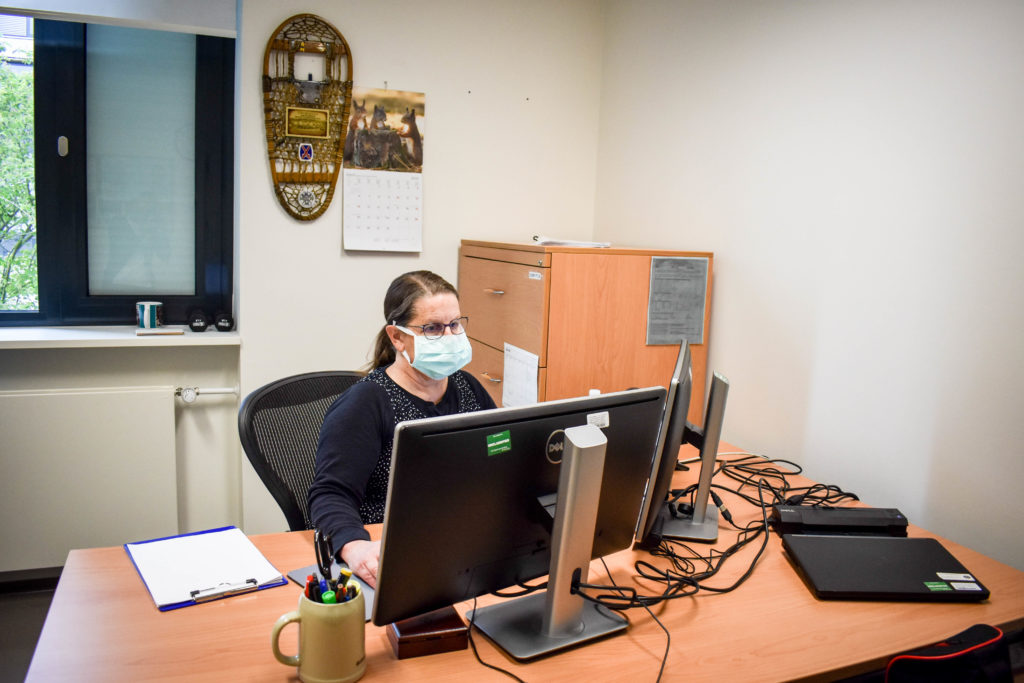 Lori Drake is the Ansbach Army Health Clinic nurse case manager and has been a nurse since 1994. The Central Square, New York native earned her Licensed Practical Nurse certificate while serving in the U.S. Army Reserves and then went on to become a Registered Nurse. She retired after 20 years in the military. Drake said she didn’t become a nurse initially. “I was a lab tech first in the Army, then I did military intelligence and then I did nursing,” she said. The most rewarding part of what she does at the clinic “is taking care of Soldiers and their families, especially overseas.” She said over the years, the immense amount of documentation that has to be completed takes time away from doing the things she wants to do which is have more interaction with patients. “There are a lot more rules than when I started.” Drake takes care of the more complicated patients or specific populations that need care such as behavioral health, or high risk patients that have been hospitalized. She is also the sexual assault care coordinator. Drake said that she deals with the stresses of her job by interacting with her fellow nurses. “Usually we try to get together, but we haven’t been able to do that in quite a while.” She also has a penchant for German chocolate.