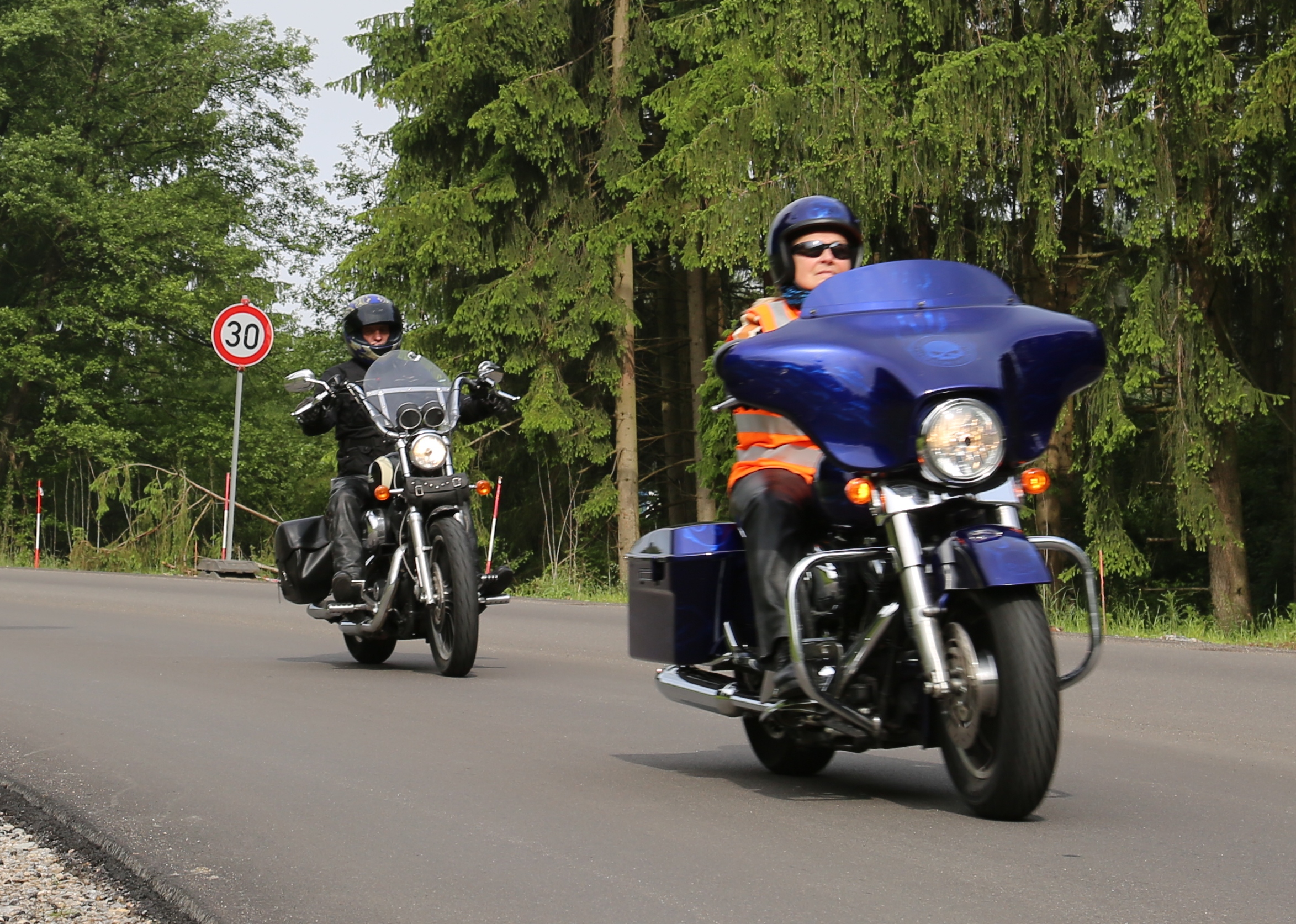 Several USAG Ansbach community members joined the ride, which left out of Urlas Community this morning, first inspecting their motorcycles to ensure their safe travel and then riding up to Geiselwind, Germany, for lunch before riding back to Ansbach.

Manfred Meyer, an occupational safety and health specialist with the garrison, helped organize the event and drove the trailing van.

“We want the new arrivals to join us for a group ride, get their bike inspected prior to the group ride, then get instructions from the safety guys how to safely do the highways, the autobahns,” said Meyer. “We also want to point out how beautiful it is here in our Bavarian and Franconian villages, how nice it is to cruise on these secondary roads.

“You don’t have to be fast to have fun,” continued Meyer. “Go on a cruising speed and enjoy the scenery.”

Meyer emphasized the importance of safety and forethought because of the greater risk severity inherent in riding a motorcycle.

“A motorcycle accident is always a severe accident,” said Meyer. “We really want to point out that speed kills and that a motorcyclist has no protection around him.”

The staff members of Drivers Testing all rode their motorcycles during the event, including William Strosnider and Louise Wagner.

“It’s part of the requirements that you have a motorcycle license,” said Wagner.

Motorcyclists can encounter dangers from other passenger vehicles because of the motorcycle’s relative size. Drivers can misjudge a motorcyclist’s speed and distance and can more easily lose sight of motorcyclists in blind spots, according to the Traffic Safety Marketing, National Highway Traffic Safety Administration. To counter the bike’s natural low visibility, Strosnider recommended getting better lights installed on the bike as well as maintaining movement on the road relative to speed of traffic.

“We don’t stay in one lane all the time,” he said. “You want to shift positions in that lane so it gives you better visibility and it allows other drivers not to be complacent with you in front of them.”

There will be another motorcycle rally and group ride in September, according to Meyer, so that the Safety Office can loop in those USAG Ansbach community members who missed this ride. Pay attention to command information channels on updates, including times and dates.

To read the story as it appears on the Army News Service, visit www.army.mil/article/169117.

For more on safety at USAG Ansbach, visit www.ansbach.army.mil/safety.html.