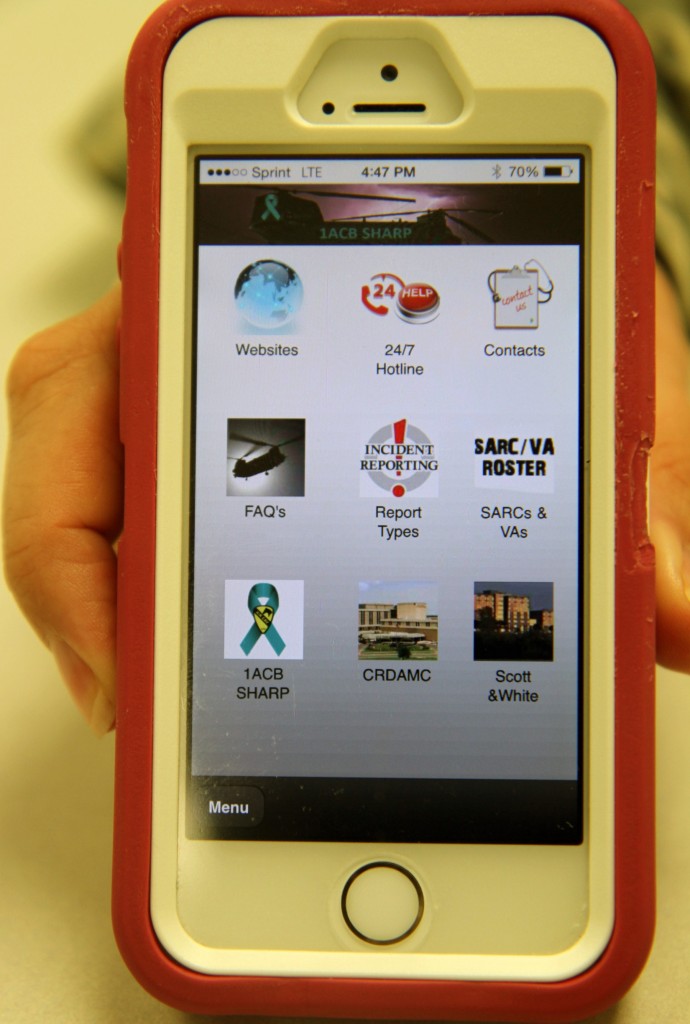 FORT HOOD, Texas (June 10, 2015) — There is a new Sexual Harassment Assault Response and Prevention, also known as SHARP, application for mobile devices that is using state-of-the-art technology to help troops.

With it, information including directions to the nearest hospital, touch-dial reporting for agencies, and command contacts are all at Soldiers’ fingertips.

“We’re dealing with a new generation of Soldiers, Soldiers you can count on having their phones everywhere they go,” said Sgt. 1st Class Sarah Whatley, a sexual assault response coordinator, or SARC, for 1st Air Cavalry Brigade, 1st Cavalry Division, and creator of the SHARP app.

“We have to learn to adapt and speak their language, as they’re text and tech savvy,” Whatley said.

People are often glued to their smart phones. The app was designed specifically with this in mind, as a victim may not have access to a computer, or may need an outlet directly after an assault.

While pulling 24-hour duty, Whatley and a fellow victim advocate were discussing ways to help incoming Soldiers – ways in which they could be reached – and they discussed the possibility of creating an app.

They viewed different websites, which help build apps, and some sites that had the app ready – just in need of a little tweaking. She decided to challenge herself while on duty and began building it.

She quickly realized it would be a great way to help Soldiers, as everyone responds differently during an emergency situation.

“A victim after an assault isn’t level headed and willing to research information on a computer,” Whatley said. “This is where the app becomes a tool, and it thinks for you – everything you could possibly need to be able to move forward is in front of your eyes.”

The app was first introduced to Service members of the Air Cavalry in April during SHARP Awareness Month, and was briefed to III Corps Commanding General Lt. Gen. Sean MacFarland soon after. 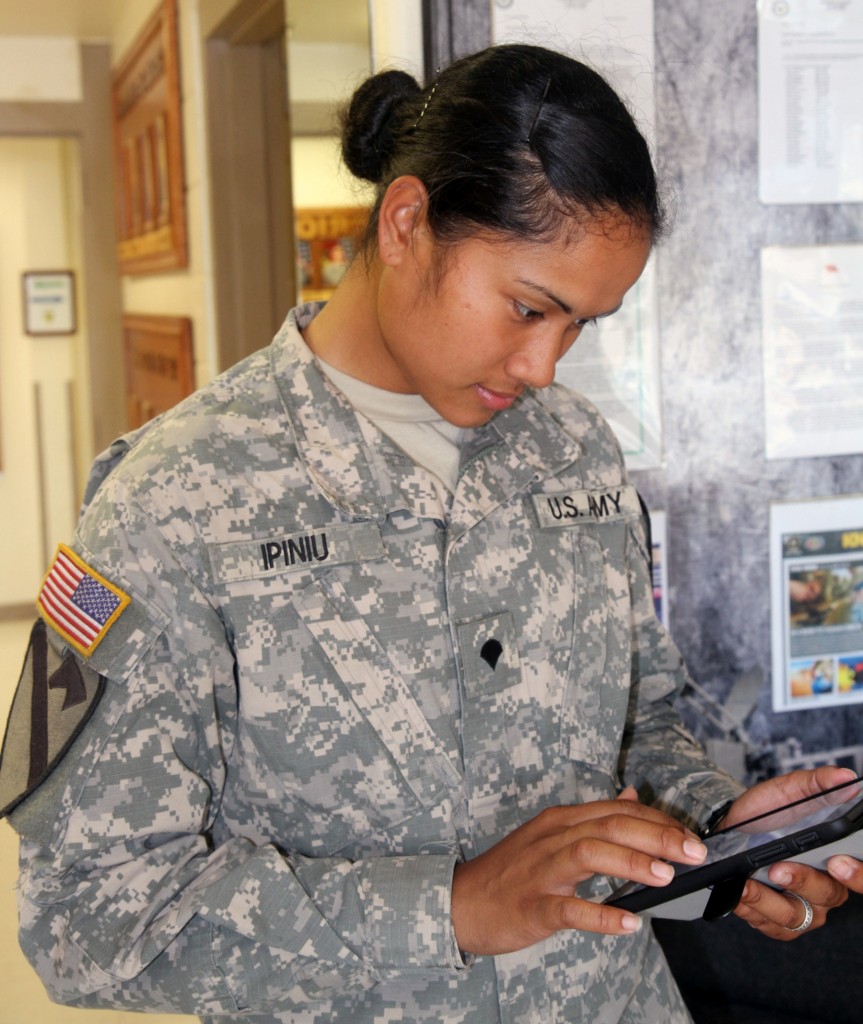 MacFarland was impressed with its capabilities and the fact he could have every SARC’s contact information at the tip of his fingers. Whatley is now charged with teaching every brigade in the “First Team,” 1st Cavalry Division how to create their brigade-specific app.

“I always want to leave a place better than the way I found it – this app was going to be the thing I can leave the brigade with,” Whatley said. “If I can help someone directly or indirectly, I’m happy, and this app will be able to do that. I hope this app takes on legs and goes as far as possible. I’d like to see, if not every Soldier have it on their phone, at least every leader, to be of help to the Soldiers in their formations.”

The free app was created on Google Play and is compatible with Android and iOS mobile operating systems.

“I think it’s a good application,” said Maj. Thomas Clark, 1st Cavalry Division SHARP program manager. “I was impressed. I have it on my phone and I refer to it. I’m working on making sure every brigade establishes their unit-specific applications, and it will also be implemented for corps units throughout Fort Hood.”

The app is slated to be released across Fort Hood in the near future. There are plans to present the app to Army Gen. Martin E. Dempsey, chairman of the Joint Chiefs of Staff, during the Army SHARP Summit in October.

To read the story on Army News, click here.