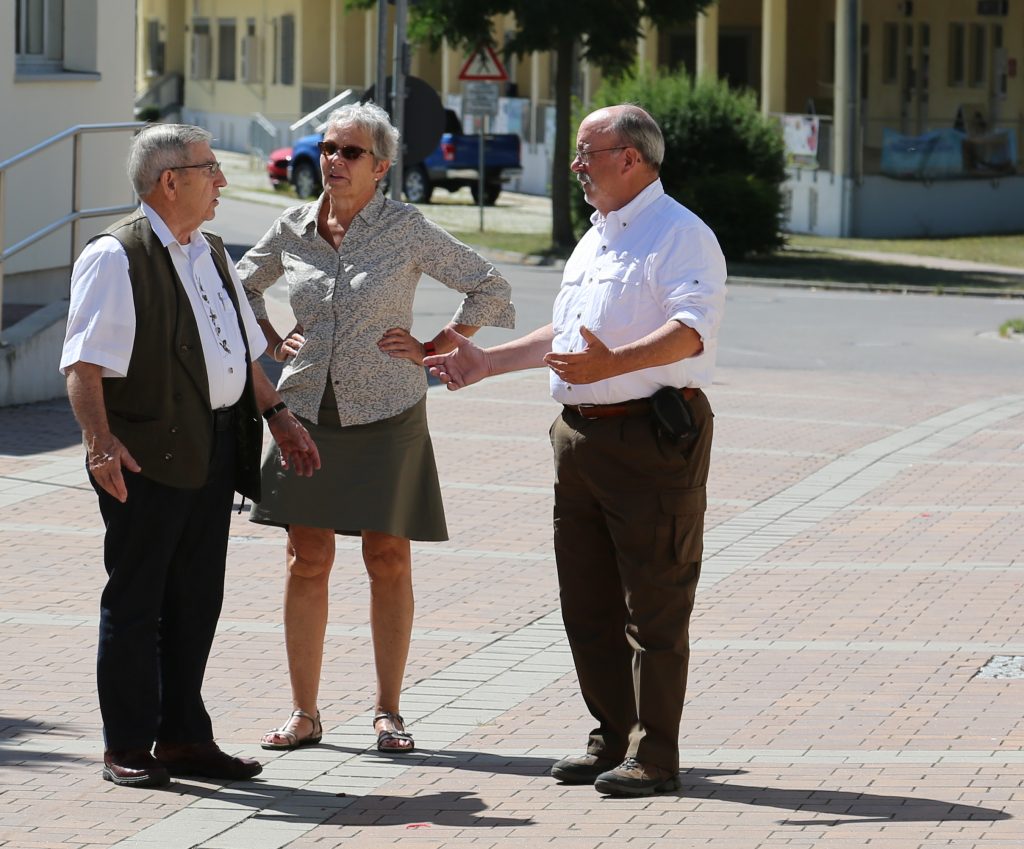 Enoch “Chip” Purnell Jr. and wife Diane Purnell, while staying at Rothenburg ob der Tauber, made the trip to the Illesheim-adjacent U.S. Army installation for a tour conducted by Kenneth Aungst, president of American Legion Post 1982.

In April of 1945, Enoch Purnell, Chip’s father and a member of 494th Fighter Squadron, 48th Fighter Group, 9th Air Force, was one of the first American Soldiers stationed at Storck Barracks during the final months of World War II.

During World War II, what would later become the Air Force was an element of the Army. The Air Force did not become its own branch of service until 1947.

“My dad always considered himself an Army vet,” said Chip.

The 494th Fighter Squadron stayed at Illesheim Airfield only briefly. Shortly after their arrival April 25, 1945, victory in Europe was declared May 8. The unit left Illesheim in July and moved on to Laon, France. 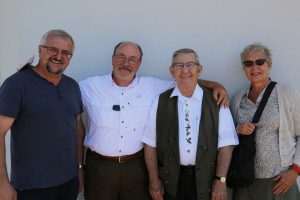 During the tour Thursday, the Purnells also met with Heinrich Förster, the mayor of Illesheim. Förster presented the group with a disc of historical photos of Illesheim, Storck Barracks, and the surrounding area, covering a time period of the 1930s through the 1990s.

Aungst treated the Purnells to lunch at the Flightline Dining Facility. As a Soldier himself during the 1960s and a longstanding member of the community, Aungst described the post and pointed out the historical backstory on many of the buildings and structures on post.

“It was very emotional,” said Chip. “I’m one of these baby boomers who grew up with a dad who was very strong. And he instilled in me respect, and I have nothing but respect for the U.S. military and what they have done.”

To read the article as it appears on the Army News Service, visit www.army.mil/article/173854.