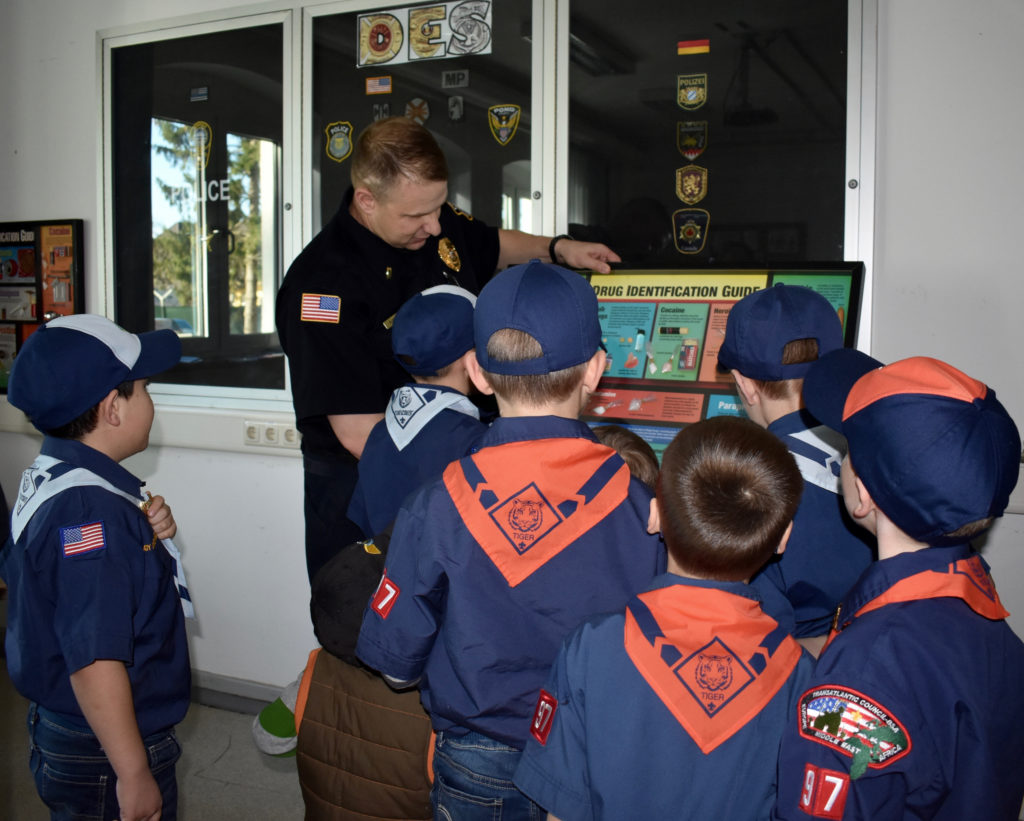 ANSBACH, Germany (March 10, 2019) – Military Police Officers at the MP Station on Bismarck Kaserne had seven young guests, spending time at their location and in their detention cell last weekend.

All seven belong to the Cub Scouts of Ansbach Troop #97. For them it was not about going to jail, but all about accomplishing their tasks to earn the Bear Patch.

Lt. Joseph T. Wayland, desk operations officer for U.S. Army Garrison Ansbach’s Emergency Services, and his team made every effort to ensure the scouts would get their coveted patch.

Joined by some parents and Cub Scout Master Kristy Utkin, Lt. Wayland led the cub scouts on a tour through the MP Station, stopping at the Operations Desk and, for a short while, the scouts experienced what it was like being locked up behind iron bars.

Some other tasks for the cub scouts included fingerprinting and to determine the differences of salt, sugar, cornstarch and baking soda, as part of a forensic experiment.

Special highlights of a K-9 dog performance involved the detection of an explosive substance, and how a fleeing suspect is being caught and kept at bay, until the suspect can be apprehended.

After accomplishing their tasks for the Bear Patch, Leo the lion, mascot of the MPs, high-fived the cub scouts and gave them a thumbs up for a job well done. (U.S. Army Photos and story by Cornelia Summers, USAG Ansbach, PAO)