Many U.S. wireless devices not allowed in Germany 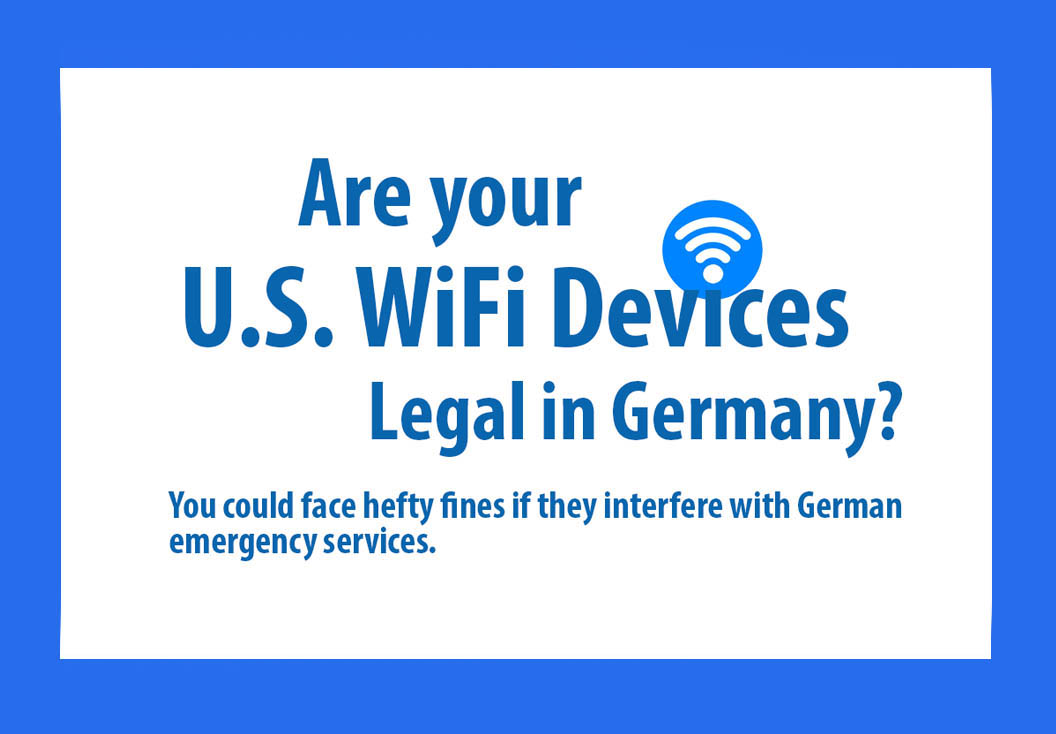 ANSBACH, Germany – Many wireless devices brought from the United States or ordered on-line from U.S. companies are not be authorized for use in Germany.

Each country owns its radio spectrum and can allocate this as it sees fit. Each country also has the right to say whether a particular electronic device is authorized to operate within its borders.

In the United States, many brands of baby monitors, remote control toys and some older cordless telephones use a frequency band that is reserved for German emergency services.

Most American baby monitors run on the 900MHz frequency- which is what emergency groups (ambulance, police, and firemen) use in Germany.

Many U.S. cordless headphones, telephones and older wireless home local area networks use frequencies within the German cell phone bands. Some of the newer home-use LANs are restricted to a portion of the band they are able to transmit in and may also cause interference to military operations. The Bundesnetzagentur Federal Agency, Germany’s version of the Federal Communications Commission, is more stringent than the FCC in the use of frequencies.

In past incidents, the Bundesnetzagentur has discovered and fined U.S. Army base housing units in Germany, where baby monitors were found to be interfering with German emergency frequencies.

Using a frequency which is not officially assigned to you, whether knowingly or negligently is an administrative violation which is regulated in section 55 subs. 1 S.1 , section 149 subs 1 no. 10 of German telecommunication law. The penalty is a monetary fine up to € 500.000.

To find out if a wireless device is authorized in Germany, check the back or under the battery cover of the device. There should be an FCC label, a C.E. marking or both. The C.E. marking states the equipment is European compliant and can be used in Germany. If both markings are present, it can be used here and in the United States.

If it only has the FCC markings on it, then its use in Germany is prohibited. Legal wifi baby monitors and other replacement wireless devices compliant with German law can be purchased at the local PX, or at most major off-post electronic outlets.