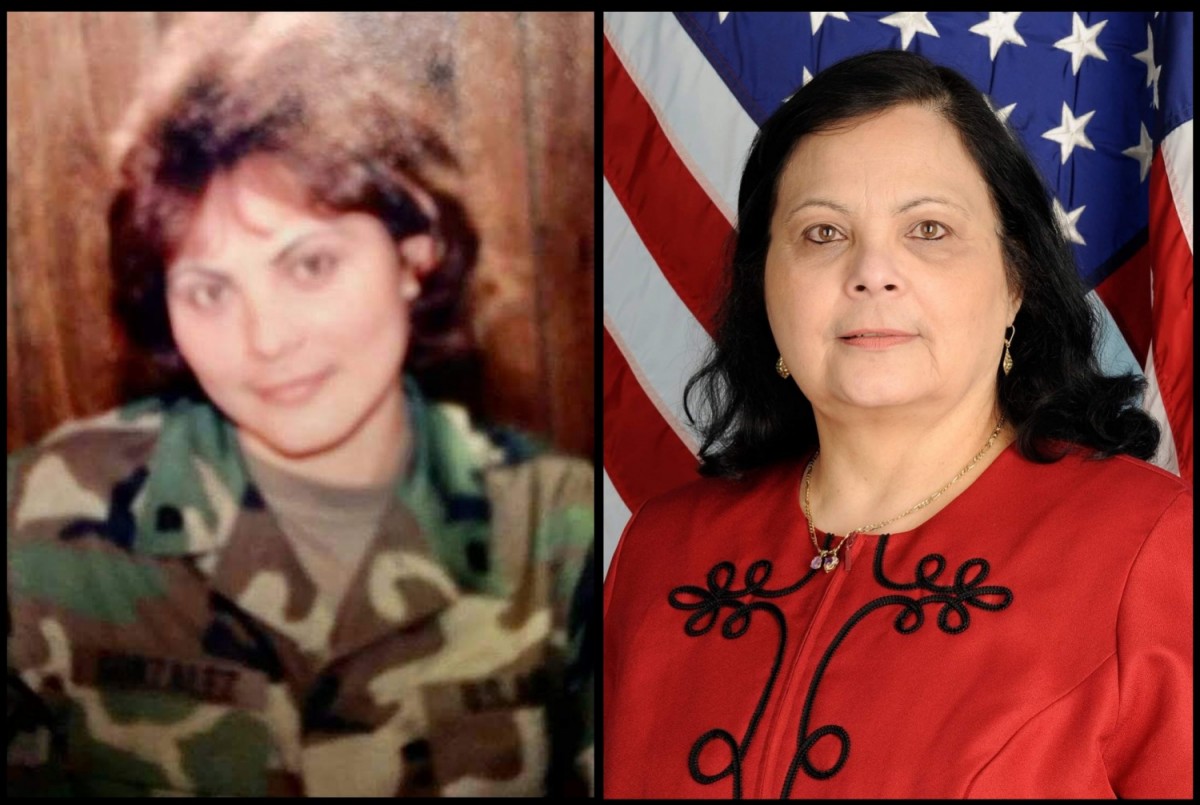 ANSBACH, Germany – She might be retiring after nearly 36 years of combined active duty and Army civilian service, but her legacy of service continues as her warrant officer son graduates AH-64 Apache training at Fort Rucker, Alabama, and her husband continues serving as an Army civilian in Germany.

Jeannette Gonzalez-Morales retired this week from her position as plans and operations chief for the 405th Army Field Support Brigade’s Logistics Readiness Center Ansbach with over 30 years of Army civilian service and five years as a Soldier.

Morales said she’s leaving the Army with a lot of good memories.

“I will miss working for the Army as I care for Soldiers deeply,” said Morales. “My husband is a retired sergeant major, and my son is now an Apache pilot.”

Morales said she’s always worked extremely hard to make sure service members and their families are taken care of, and that includes her time as part of LRC Ansbach in plans and operations.

Morales, who initially entered the Army as a unit supply specialist in 1984, transitioned to Army civilian soon after completing her enlistment. She said her first Army civilian job was at a child development center on post. Over the years, she’s worked at an education center, she worked for the Department of Defense Education Activity, she was a maintenance quality inspector, a property book officer, a team leader, a supply division chief and now a plans and operations supervisor.

“All of that gave me a lot of experience and really good memories,” said Morales, who is originally from Puerto Rico and has two children and five grandchildren.

Morales said one of her fondest memories and major achievements was her work preparing all the equipment and tanks to move from Fort Knox’s Armor School to Fort Benning’s Maneuver Center of Excellence.

“I was the one who wrote the plan,” she said. “All of this equipment was moved under my plan, and nothing was lost. I was very proud of being an integral part of that very important and highly complex mission.”

When thinking about retiring and leaving all this behind, “I have mixed feelings,” said Morales. “I did enjoy my time – over 30 years as an Army civilian employee – and it has been great.”

Next, Morales will move to Kentucky for a short period of time to visit family and get things in order, but she said she plans to return to Germany soon to be with her husband, Wilmer Morales, who works at the 21st Theater Sustainment Command headquarters in Kaiserslautern.

“He just got hired under the 21st TSC and extended until 2023, so I’ll be going back home for a little while and coming back (to Germany) as a dependent,” Morales said.