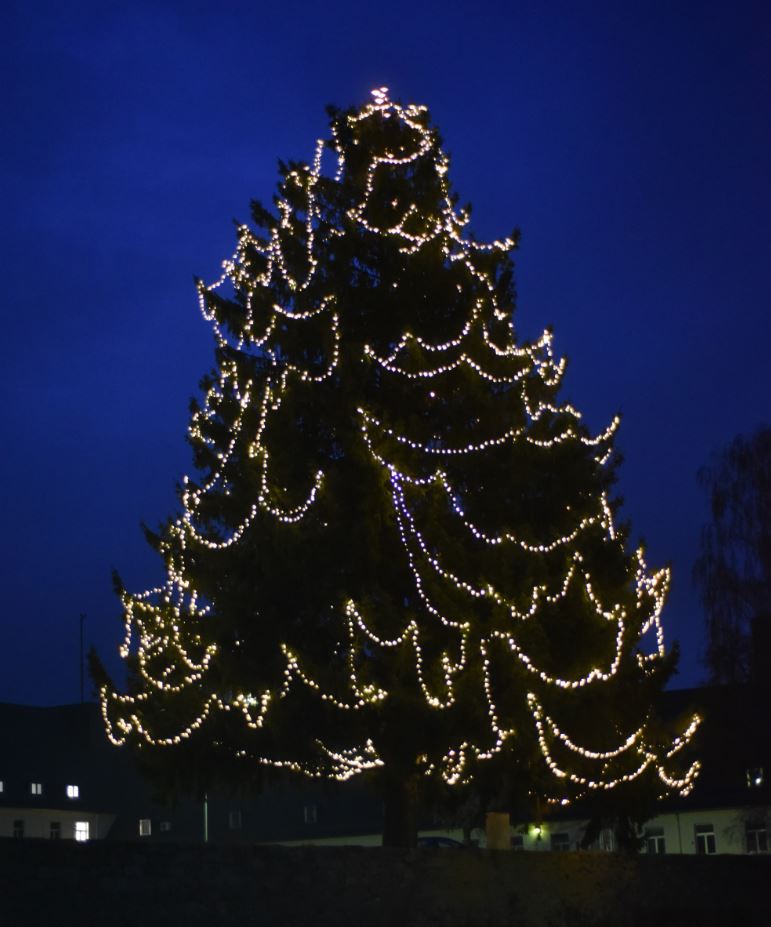 Pictured is the highly visible holiday tree at Bismarck Kaserne, lit for the first time this year.

ANSBACH, Germany (Dec. 14, 2016) – It stands 100 feet tall and has served as a glowing monument to the holidays for those on and off post dating back at least to 1991. It is the holiday tree at Bismarck Kaserne, and it almost wasn’t lit this year.
Two factors influenced the initial decision to light a smaller tree at Katterbach: A temporary shortfall of on-hand electricians and the garrison’s steadily expanding campaign to conserve energy.
The larger tree at Bismarck is especially visible to the community outside the installation who pass by on the B14. When the tree remained unilluminated this year, a number of local citizens expressed their disappointment in the form of letters, calls and emails to city officials.
Spurred by this influx of requests, both from the local community as well as Soldiers, civilians and family members across the garrison footprint, Col. Benjamin C. Jones, commander of U.S. Army Garrison Ansbach, gave the green light to light the tree.
“We were amazed that this tree meant so much to the local community,” he said. “Based on the feedback and a desire to maintain this valued tradition, we arranged to light the tree. If it makes so many people happy, we are happy to do it.”
Using 3,000 meters of wiring and 9,500 LED lights, two Directorate of Public Works electricians completed the job.
As of this week, the tree lights are on an automatic sensor/timer to turn on at twilight and turn back off at midnight, and again in the morning from 6 a.m. until dawn.
(Visited 418 times, 1 visits today)