Length of Service recognition for firefighters 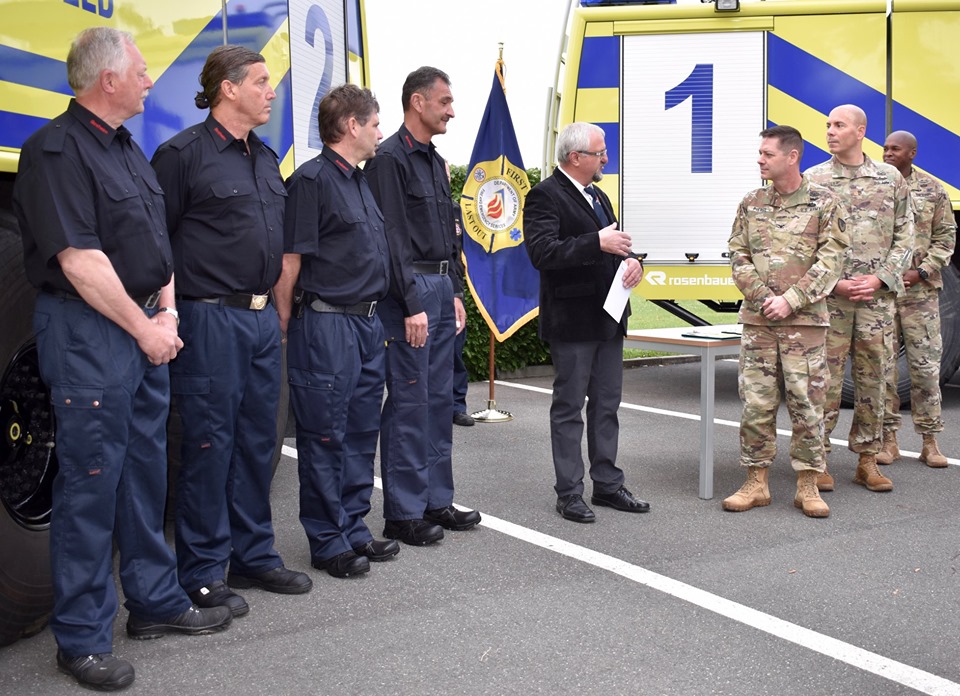 ILLESHEIM, Germany (May, 29, 2019) — Four firefighters were recognized for 95 years of combined, dedicated services at the Fire Department on Storck Barracks.

Pierce and Foster praised the honorees for 15, 20 and 40 years of loyal support to the U.S. Army and to the Illesheim Airfield Fire Department.

Mayor Förster also pointed out that in addition to their support to USAG Ansbach, the Illesheim firefighters also actively support the surrounding communities of Illesheim and Bad Windsheim. 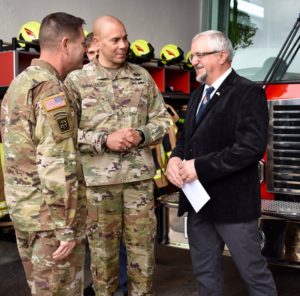 Wolfgang Keller and Reinhold Krümpel were recognized for 20 years of service as firefighters for the U.S. Army; Peter Götz was honored for 15 years of continuous service as a firefighter at the Illesheim Airfield Fire Department. (U.S. Army Photos/story: Cornelia Summers, USAG Ansbach-PAO)