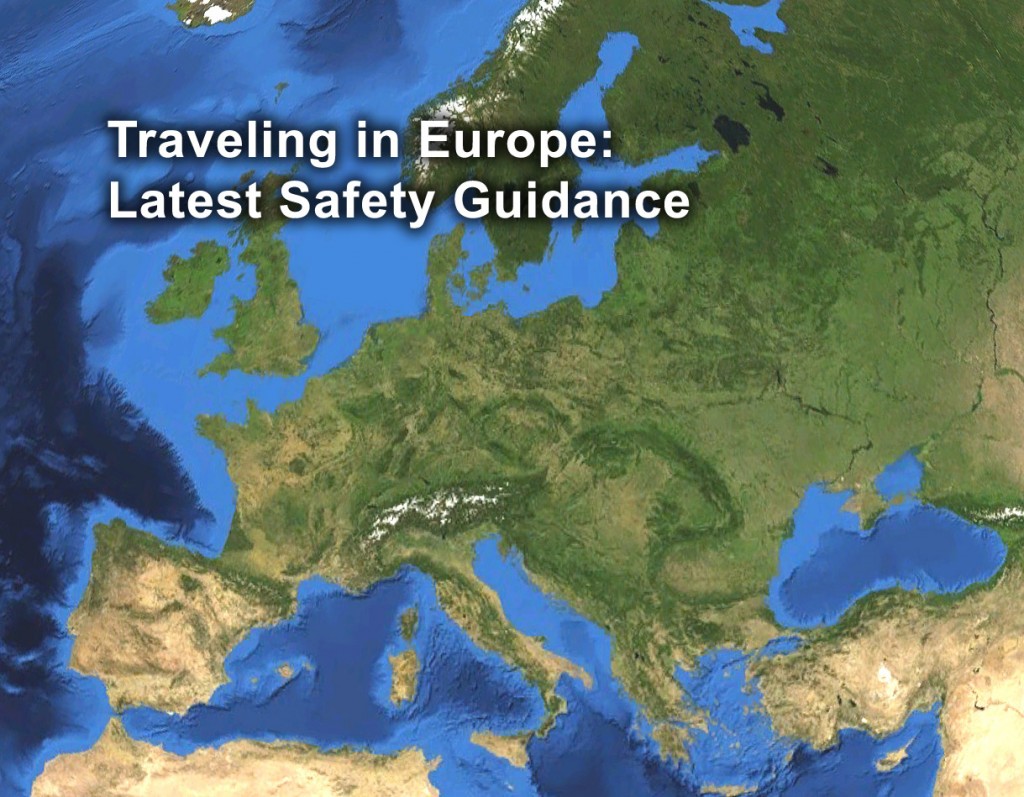 ANSBACH, Germany (Nov. 17, 2015) — On the night of Nov. 13 and early morning of Nov. 14, terrorists attacked groups of civilians in multiple locations in Paris. U.S. Army Garrison Ansbach would like to remind the community to remain alert when traveling in Europe.

Nevertheless, the following covers recommendations for those who either can obtain approval to travel within France during the travel restriction or for those who expect to be traveling in France in the future if the travel restriction is lifted: Although U.S. citizens have not been specifically targeted in terrorist attacks in France in recent history, travelers should remain vigilant. Immediately report unattended packages observed in public places, or any other suspicious activities, to the French law enforcement authorities. French authorities are proactive and will respond immediately. If there is a security incident or suspicious package, do not linger in the area to observe. The French government routinely augments police with armed forces and increases visibility at airports, train and metro stations, and other high-profile locations such as schools, major tourist attractions, and government installations. It’s also strongly recommend that U.S. citizens traveling in France enroll in the Department of State’s Smart Traveler Enrollment Program. STEP enrollment gives you the latest security updates and makes it easier for the U.S. embassy or nearest U.S. consulate to contact you in an emergency. If you don’t have Internet access, enroll directly with the nearest U.S. embassy or consulate.

Regardless of where you are in Europe, below are some easy-to-follow personal security measures to remember and employ on a daily basis:

Emergencies: When you dial 112 from a commercial or mobile telephone, you are calling a European/German emergency phone line and will be greeted in German. They will provide you with an English-speaking person, but be aware that you are not calling the military police or the U.S. Army Fire and Emergency Services. If you are dialing from a commercial or mobile telephone and you want to contact the military police in Ansbach, dial 09802-83-110, or for the U.S. Army Fire Department/Ambulance, dial 09802-83-112.

Editors note: Much of this information is courtesy of USAG Benelux.