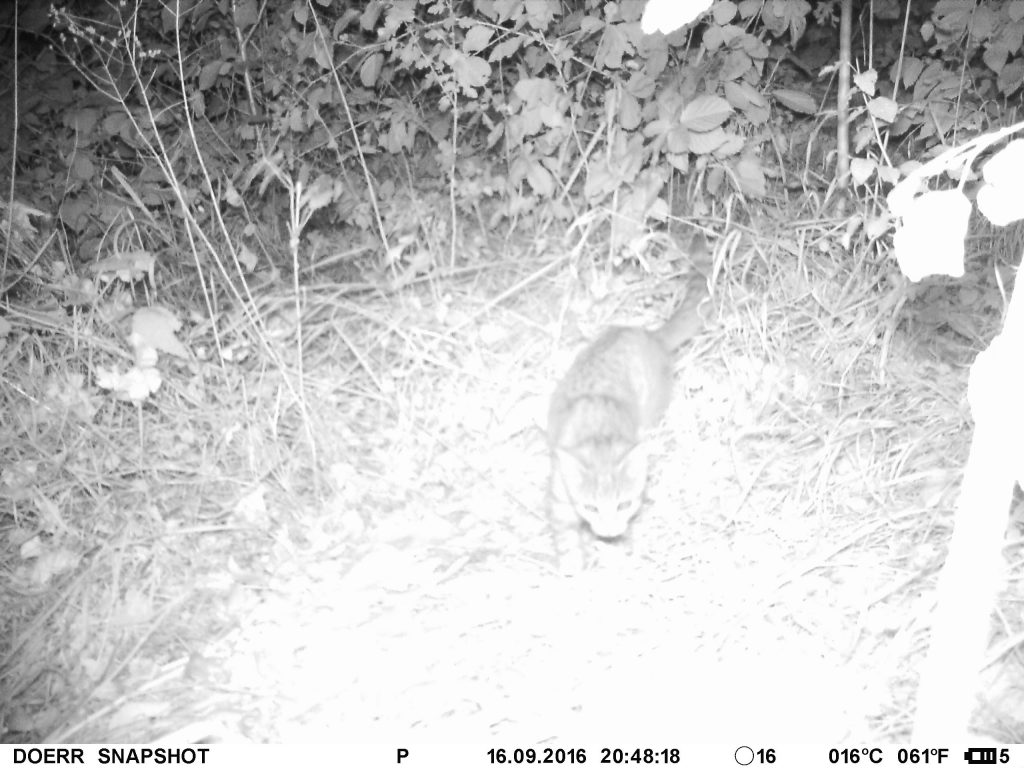 Pictured is Gerda die Katze, pet of the beavers who have made Soldiers Lake their residence — Klaus der Baumeister and Sabine die Baumeisterin. (Photo courtesy of the Directorate of Public Works)

ANSBACH, Germany (Oct. 21, 2016) – Just upstream, near the bridge, Klaus and Sabine have started building their Biberhaus.

If you walk across the small footbridge and look carefully, you can see the Rohbau. Sabine sent Klaus to the self-help store at Katterbach this week for some paint and other supplies. He signed for quite a load of materials. He had to make two trips.

Just like everyone here, they’re still waiting on their internet. Although Klaus prefers college sports (he’s an Oregon State fan), he told me he’s been watching the National League Championship series a lot lately when Sabine isn’t tasking him with chore after chore. He’s pulling for the Cubs this year!

The City of Ansbach has now asked for some photos of Klaus und Sabine. We asked the couple if it was all right for us to send photos to them. Klaus didn’t care, but Sabine wanted to ensure she looked her best when the photos were taken. To complete their family as they build their dam and await the birth of their children in the spring, they decided to get a Katze. Her name is Gerda.