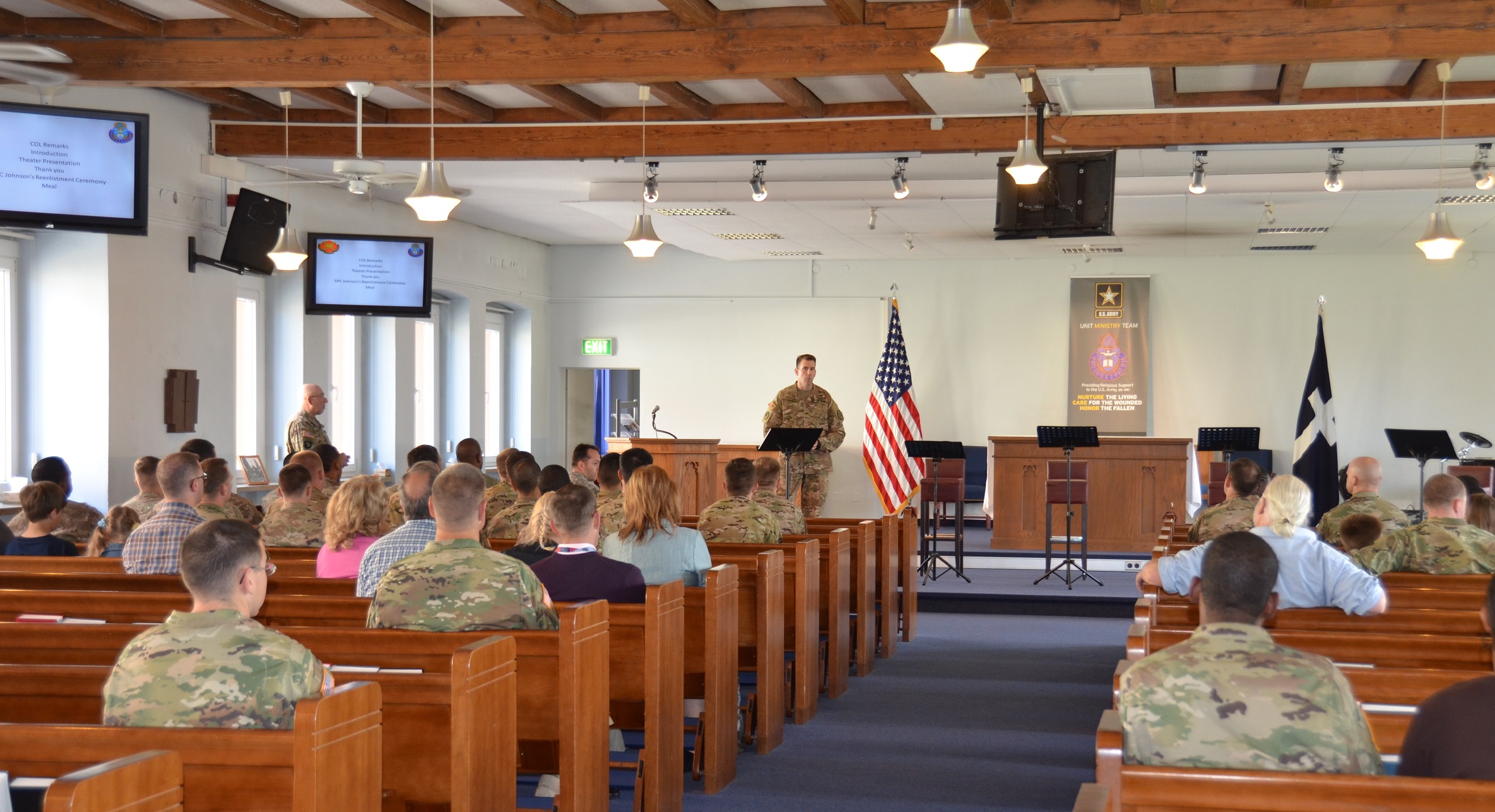 ANSBACH, Germany (Aug. 11, 2016) – As the U.S. Army this year celebrated the 241st anniversary of the Chaplain Corps — one of the oldest branches of the Army — USAG Ansbach community members gathered at the Katterbach Chapel for a lunchtime ceremony  today  to commemorate the occasion.

The commander of U.S. Army Garrison Ansbach, Col. Benjamin C. Jones, spoke to the community members after the invocation by a unit chaplain, commending the Army chaplains and chaplain assistants for the great service they perform for the community: “I can’t thank you enough for everything you do every day to make our military family more resilient.” 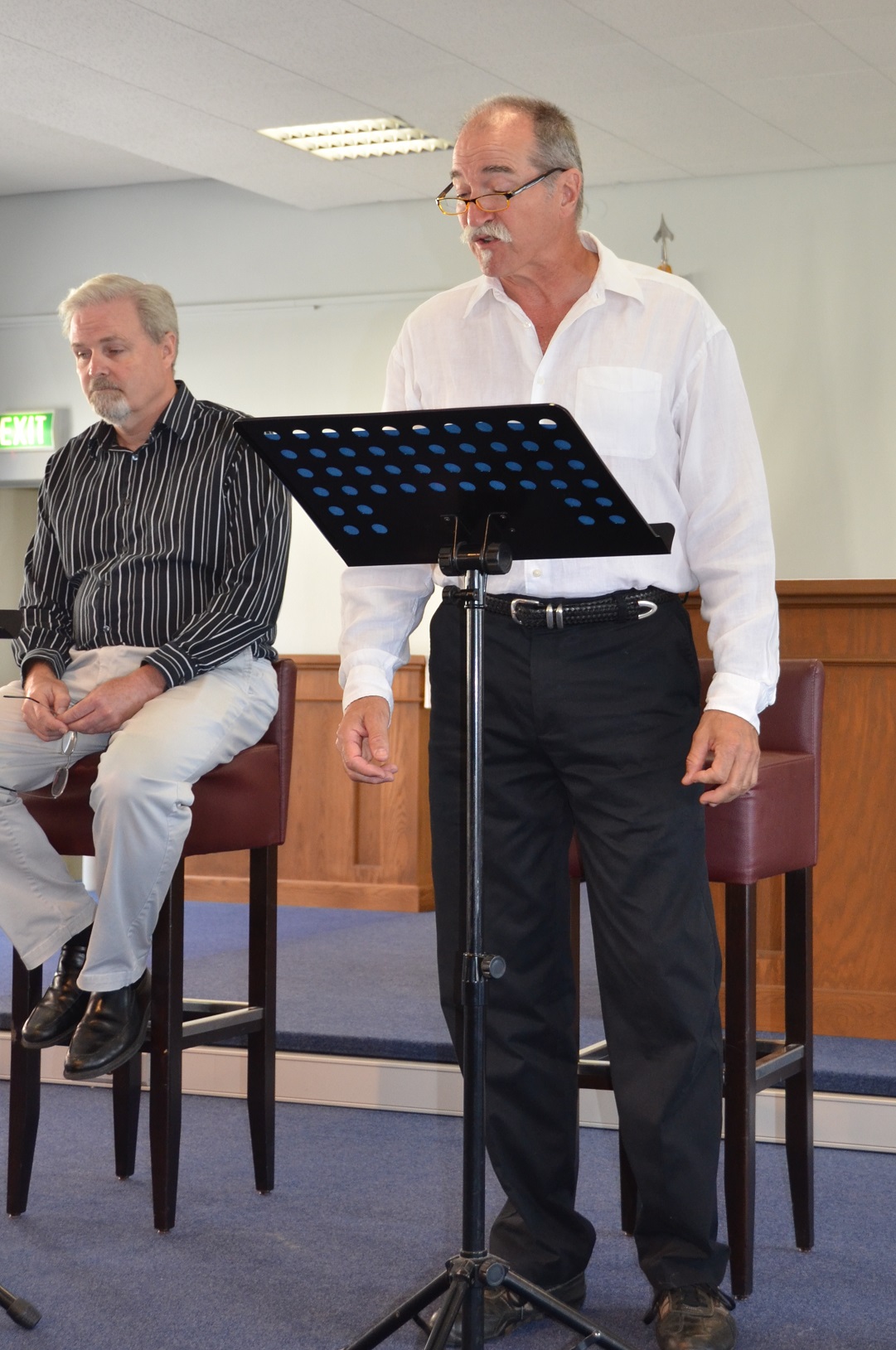 Following the commander’s remarks, a group of post theater members performed for the audience, bringing the history of the corps closer to the listener.

Afterward, one of the current Katterbach chaplain assistants, Spc. Jocelyn Johnson, used the special occasion to re-enlist in the Army. The event concluded with a luncheon provided by the USAG Ansbach Religious Services Office.

According to the Army’s official chaplain website, the Continental Congress established chaplains as an integral part of the Continental Army on July 29, 1775; it is the oldest of the military chaplaincies. Over the years, more than 25,000 chaplains have served in the U.S. Army as religious leaders. From military installations to deployed combat units, chaplains and chaplain assistants perform their ministries in the most religiously diverse organization in the world.

At the Ansbach ceremony, members of the Terrace Playhouse Theater brought the history and sacrifices of Army chaplains to life with a dramatic presentation. Starting with the establishment of the corps in 1775, the story spanned throughout the centuries and different wars, recounting the service and sacrifices of chaplains and highlighting their efforts to stay true to their motto “Nurture the living, care for the wounded and honor the fallen.” 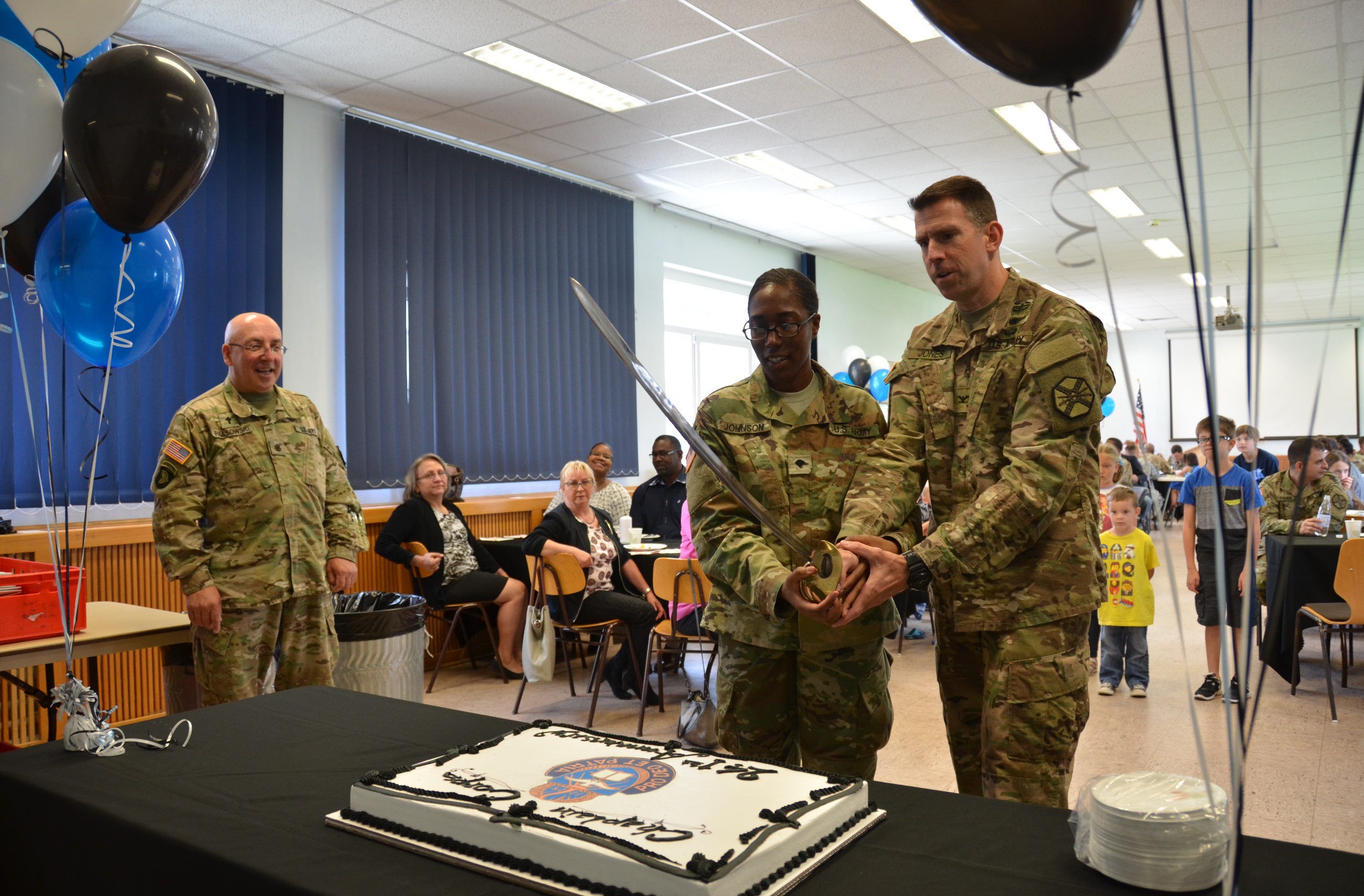