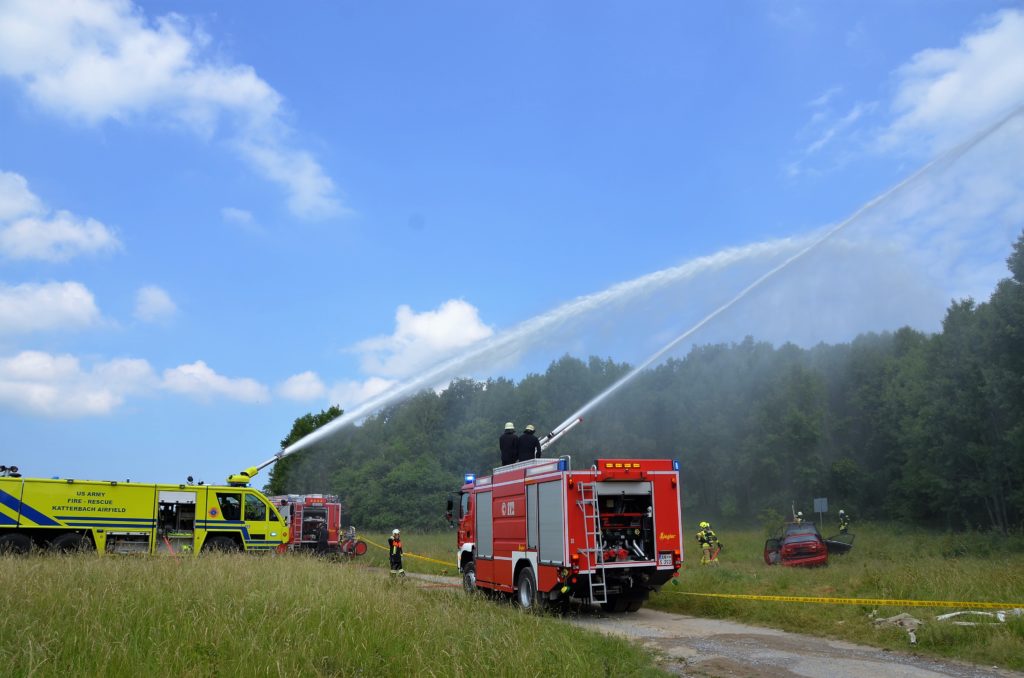 ANSBACH, Germany (June 7, 2018) – German and U.S. first responders conducted a 24-hour joint exercise at Oberdachstetten Training Area Thursday. Fire fighters from Ansbach, Hennenbach and Illesheim as well as the Bavarian Red Cross (BRK) and the U.S. Fire Department from Katterbach worked together on different simulated scenarios and practiced related tasks. About 85 first responders, including 15 personnel from the U.S. fire department, participated in the exercise.

The joint exercise served to strengthen the cooperation between the German and the U.S. fire departments and the BRK in emergencies, and demonstrate improvements in communication since the introduction of digital radios. 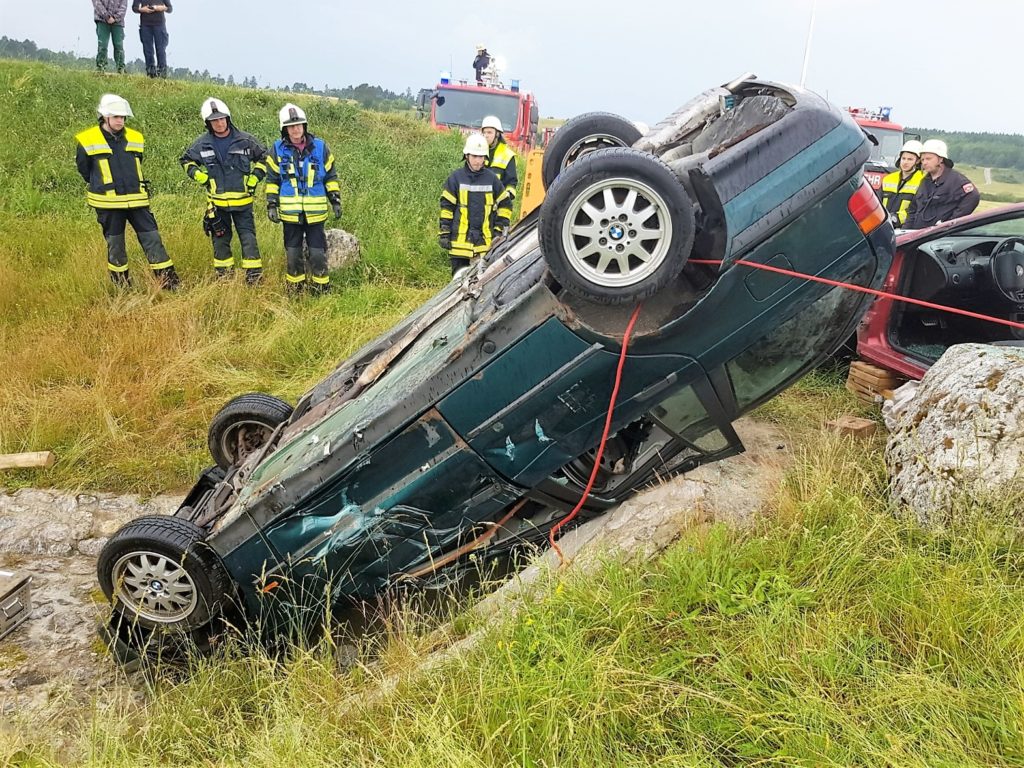 The scenarios included a downed aircraft, forest fires, a gas explosion, collided vehicles, and fires in living quarters and other buildings. “Victims” had to be searched for and rescued, and fires be put out. As this was a 24-hour exercise, the coordination and provision of food and shelter was arranged by the BRK , just as it would be in real life.

Most of the German fire fighters, who participated, were volunteers, who in some cases even had to take leave from work to be there.

In one case it could be called a family pastime, as mother, father and daughter all volunteer in the Illesheim Fire Department. Dieter Grau, the commander, and his wife Gudrun have been active fire fighter volunteers for 27 years. Their daughter Celine just recently joined them three years ago, continuing the family tradition.

To view more photos of the exercise, visit the photo album on FLICKR at https://www.flickr.com/photos/usagansbachphotos/albums/72157697901129485