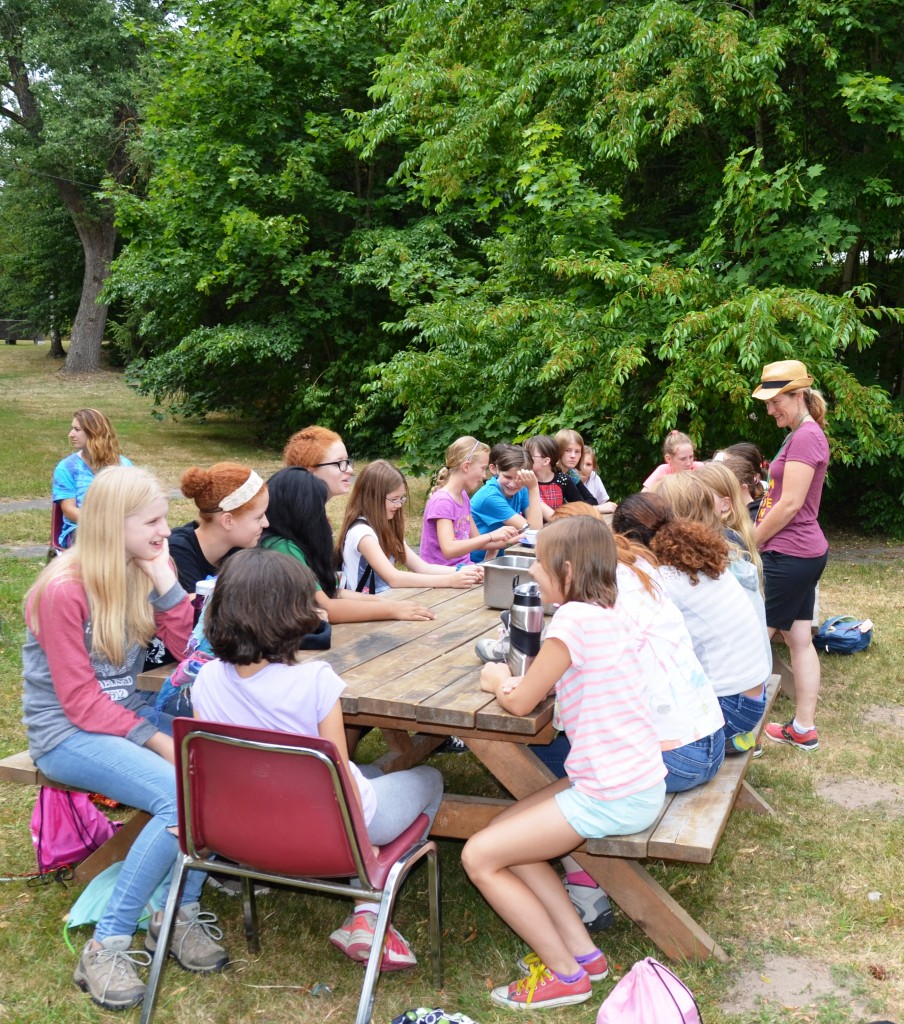 A group of girl scouts at Camp Lachenwald learns about the importance of resilience in a class designed to enable them to bounce back stronger in adverse situations. USA Girl Scouts overseas conducted a Girl Scout summer camp at Franken Kaserne in July 2015. (U.S. Army photo by Bianca Sowders, USAG Ansbach Public Affairs)

ANSBACH, Germany (July 28, 2015) — Once a year during the summer months, the remote and quiet Franken Kaserne near Marktbergel in Middle Franconia turns into Camp Lachenwald, providing a giggly bunch of girls ages 7 through 18 a safe retreat for their annual USA Girl Scout summer camp.

This year’s theme is “Full STEAM Ahead,” with STEAM standing for Science, Technology, Engineering, Art and Math. The camp provided projects that involved discovering chemical reactions, solving crimes against nature, building creative structures to save eggs from cracking in impact situations, and programming robots. The girls also had the opportunity to participate in a mini-computer building and programming class, as well as earning activity badges in subjects such as archery. 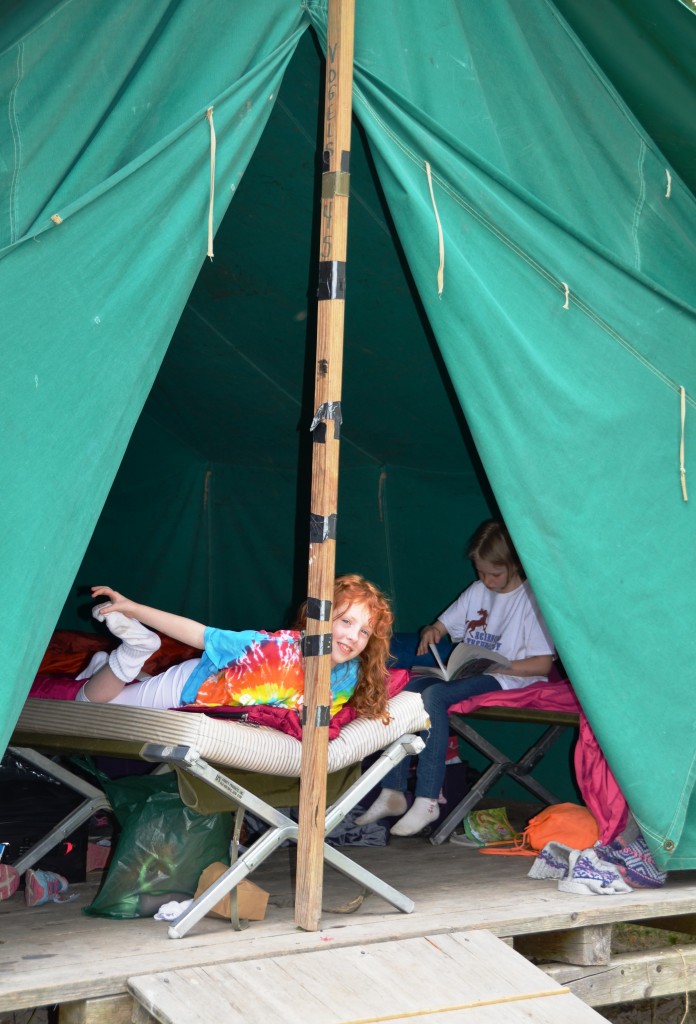 More than one hundred campers were expected to participate in camp chores such as making their beds, maintaining their living area, or cleaning their mess kits and dishes after a cook-out. The girls also conducted daily flag ceremonies, raising and lowering the U.S., Germany and Girl Scout colors on the camp’s flag poles.