Germans, Americans remember victims of war and violence together in Ansbach 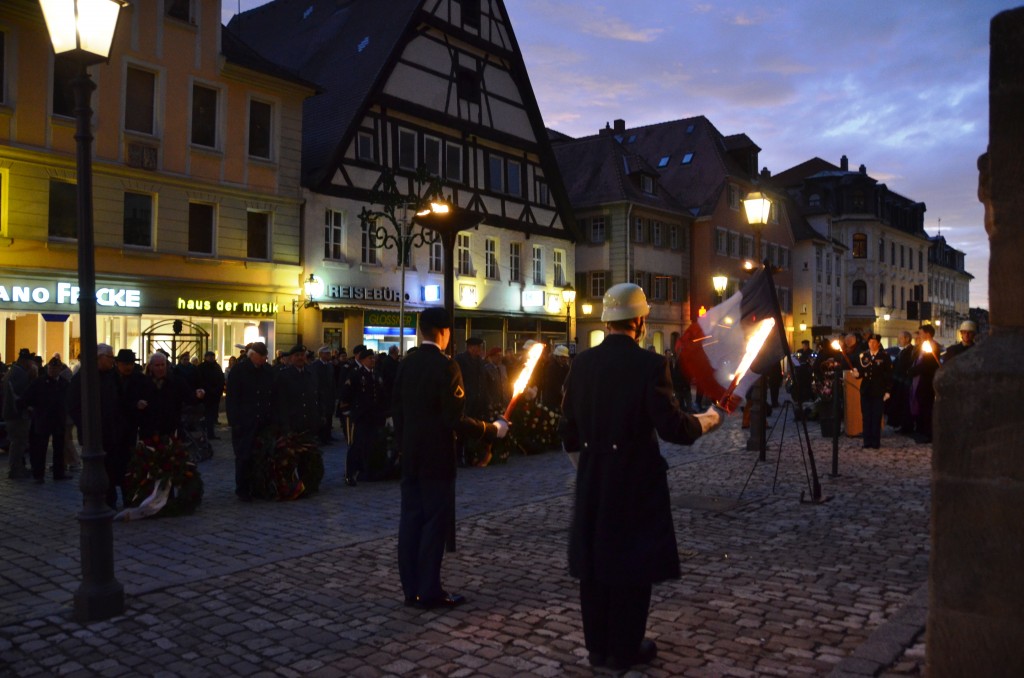 ANSBACH, Germany (Nov. 17, 2015) – The U.S. Army Garrison Ansbach commander joined a delegation of USAG Ansbach Headquarters and Headquarters Detachment Soldiers and members of American Legion Post 1982 as they participated in the Volkstrauertag ceremony in Ansbach Nov. 15 representing the U.S. Army and the American community.

The garrison commander, Col. Christopher M. Benson, and USAG Ansbach Soldiers placed a wreath, sponsored by Post 1982, alongside other wreaths of different organizations, including German veterans and the German Army, Bundeswehr, representatives at the warrior memorial on Johanniskirche downtown Ansbach.

The German Volkstrauertag is similar to the U.S. Memorial Day, as victims of war, violence, deportation and terrorism of the past and present throughout the world are remembered. It is typically observed on a Sunday in mid-November. This year the ceremony bore a special significance, as the memory from the terrorist attacks on Paris on Nov. 13 was still fresh in everybody’s mind. The lord mayor of Ansbach, Carda Seidel, placed the French flag and a special wreath in front of the memorial during the ceremony. 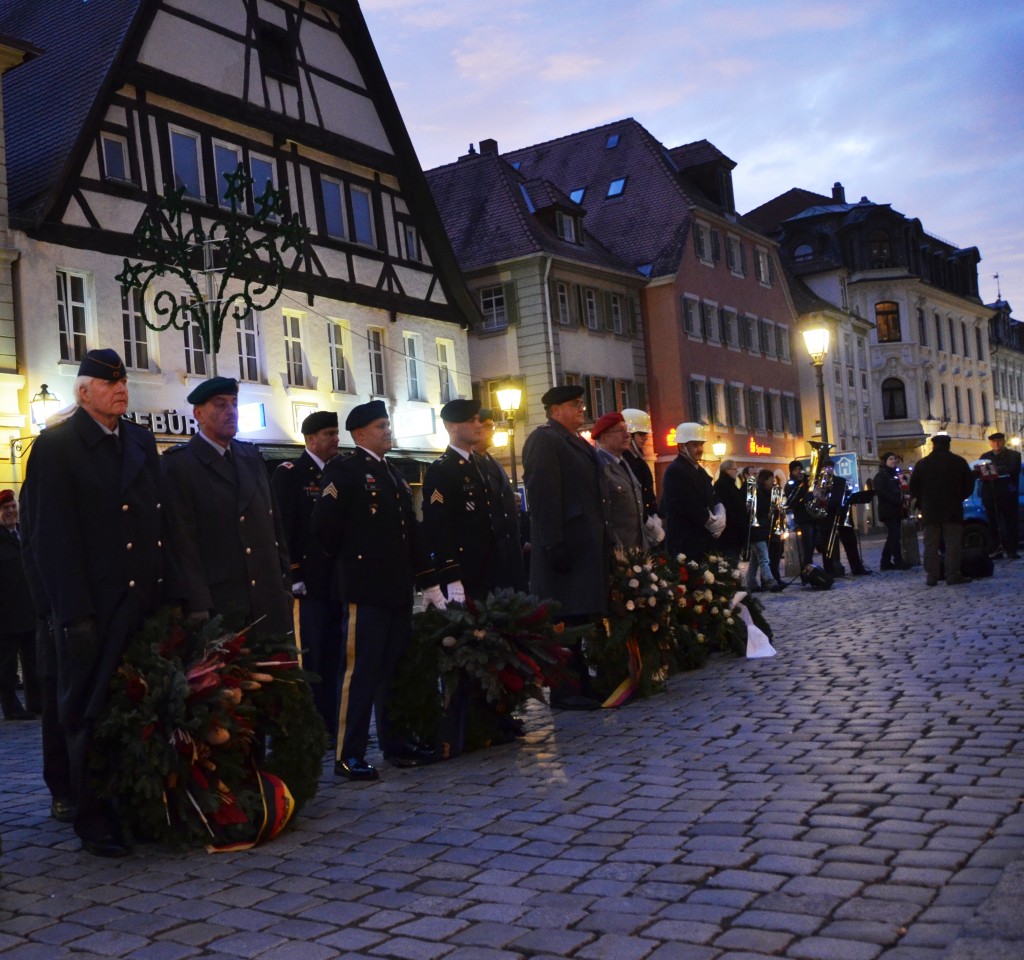