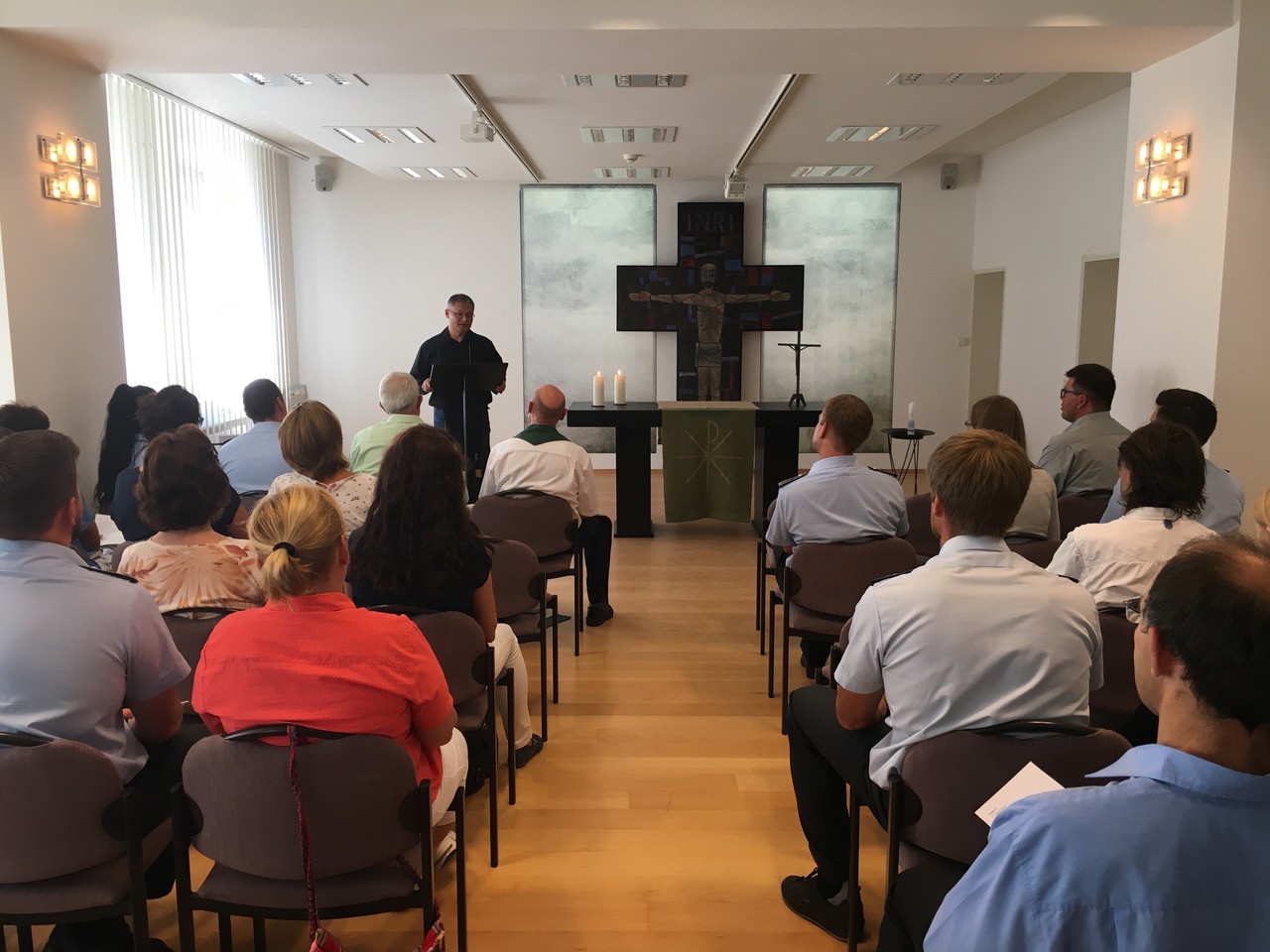 This first occurrence of an English language service continues a longstanding partnership between the language school and the garrison. For several years, service members from Ansbach have been visiting the school as part of an exchange program.

The service was co-hosted by the German military chaplain, Stephan Aupperle, and Chaplain (Lt. Col.) Suk Kim, USAG Ansbach garrison chaplain. In his sermon Kim asserted that everything was  about learning, an exchange with each other, understanding and the will to understand. Human coexistence could only work with Christian values like hospitality and selflessness, so Kim. He explicitly praised the readiness of any soldier to defend their country, its values and democracy by risking their own life.

The song “He’s got the whole world in his hand” and the Lord’s Prayer in English concluded the sermon.

The Bundessprachenamt is a higher federal authority that falls under the authority of  the German Ministry of Defense; since 2012 it is part of the Bundeswehr, the German Army. Its main task is instruction and training of translators and interpreters within the German service, teaching German to foreign service members, as well as translating and interpreting related foreign language material into German and vice versa.