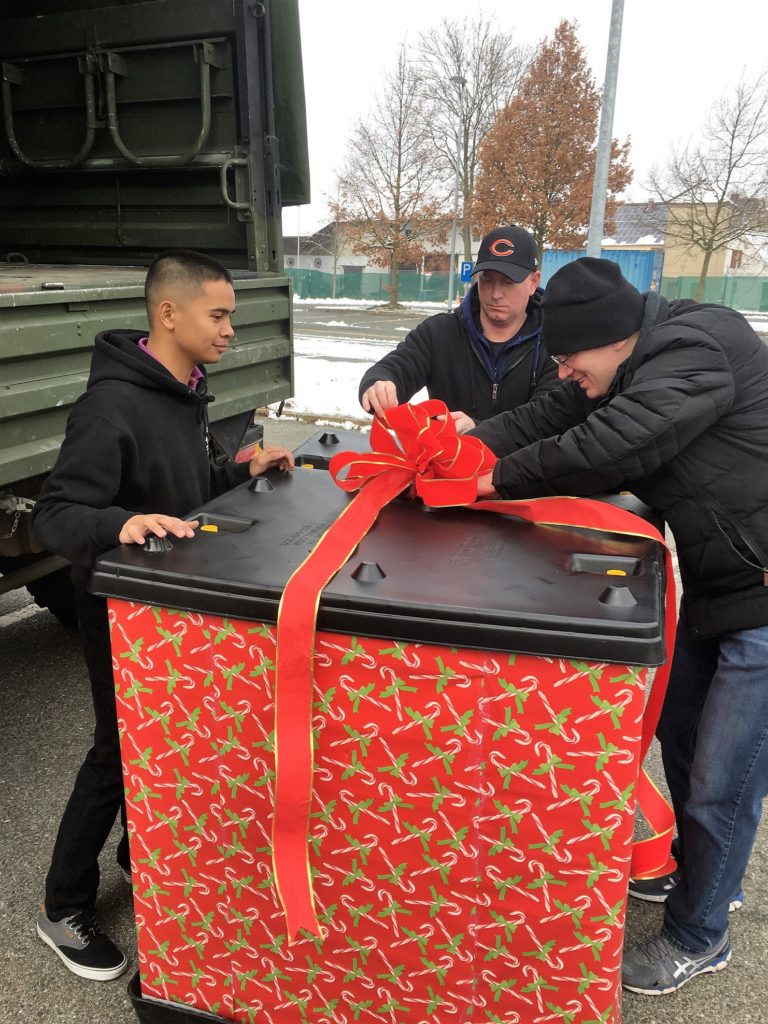 ANSBACH, Germany (Dec. 29, 2017) – Every year, before the Christmas holidays, U.S. Soldiers, civilians and family members living in Ansbach collect gifts and donations for children with special needs who live in a care facility of the Diakonie Neuendettelsau. Soldiers of the 12th Combat Aviation Brigade, who organize the toy drive, load up a large truck and deliver the presents to the children, who wait excitedly for the arrival of the Americans.

The project started as a spontaneous toy drive initiated by the German spouse of an American Soldier six years ago. Since then the “Gifts from the Griffins” toy drive has become an annual occurrence organized by the Soldiers of the so-called Griffin Brigade (12th CAB nicknamed after their spirit animal) stationed in Ansbach. For a week in December, collection boxes for donations are set up in a key location around the garrison to give everybody a chance to participate.

After the drive is over, the presents, which include colorful bicycles, scooters and skate boards, games and toys, are then loaded onto a large U.S. Army truck and delivered to the children, who are eagerly awaiting their arrival. 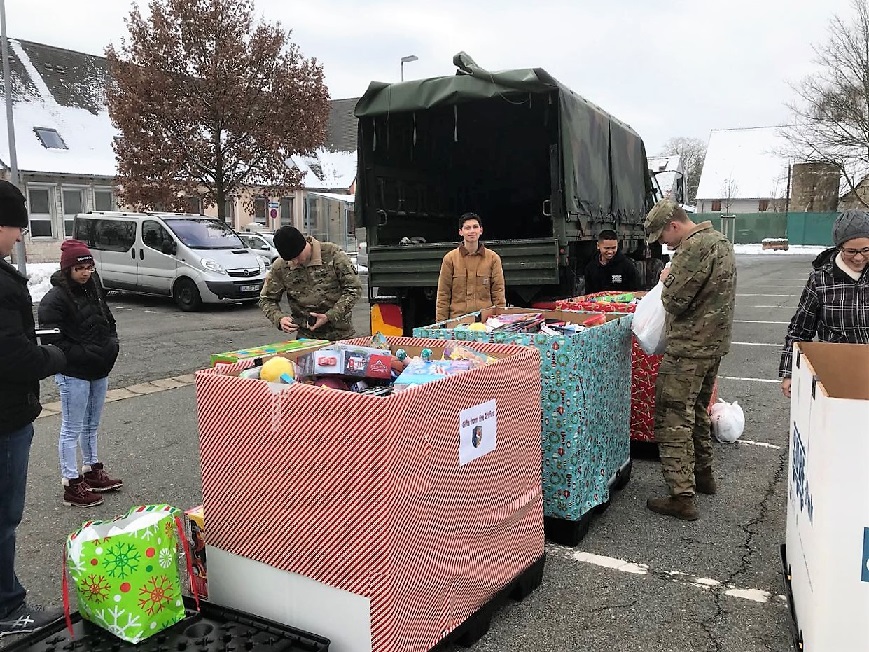 To express their joy and thankfulness, the children this year handed over small hand-made presents in return, and invited their American guests to visit their home and admire their Christmas tree.

2nd Lt. Brian E. McComiskey, who was in charge of organizing the toy drive this year, believes that “the most important thing about the event was for the Soldiers of 12th CAB to have the opportunity to reach out and help their local community, and to see just how much of a difference they can make.”

The Diakonie is the social welfare organization of Germany’s Protestant churches. According to their website, their “mission is to practice charity.” They “operate independently and across political parties” and “respect the dignity and uniqueness of every human being, and work to promote every individual’s right to independence and self-determination.” The organization provides social services and counseling to all age groups and genders, as well as people with disabilities, terminal illnesses, mental disorders or addictions.

The Diakonie in Neuendettelsau owns more than 200 facilities, mostly in Bavaria, providing health and social services with the help of about 7,200 employees. Their facilities in Middle and Upper Franconia provide services for about 2,000 people with special needs.

To learn more about the organization, visit www.diakonie.de. 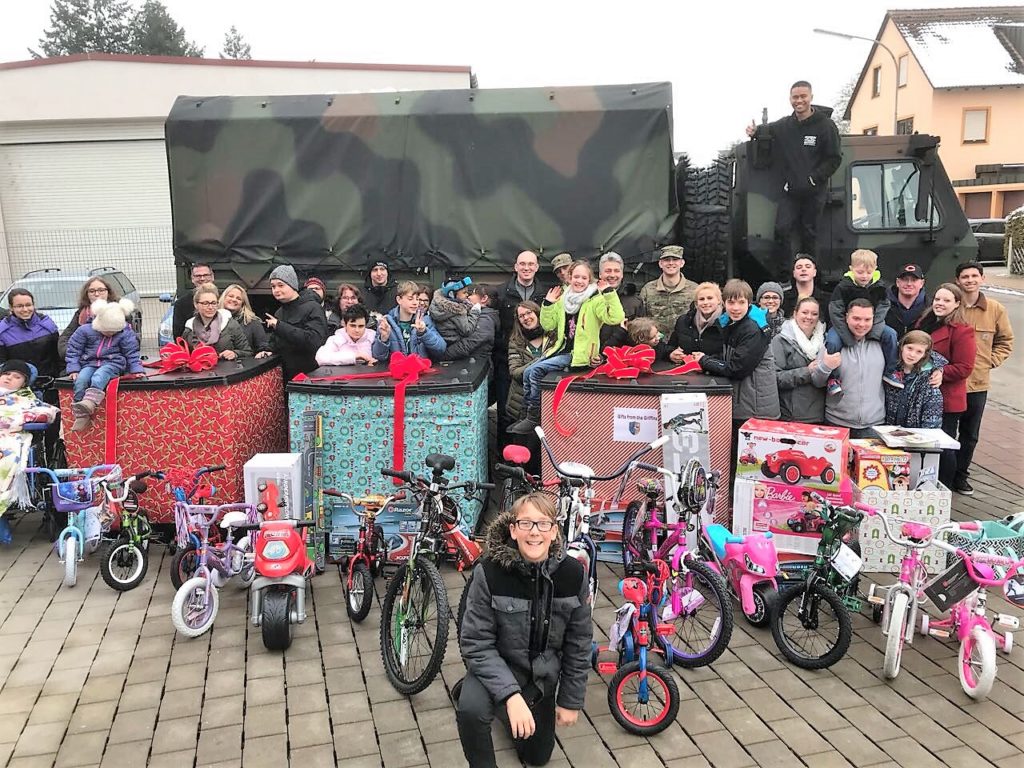