Two volleyball teams vie for victory, both move to next level 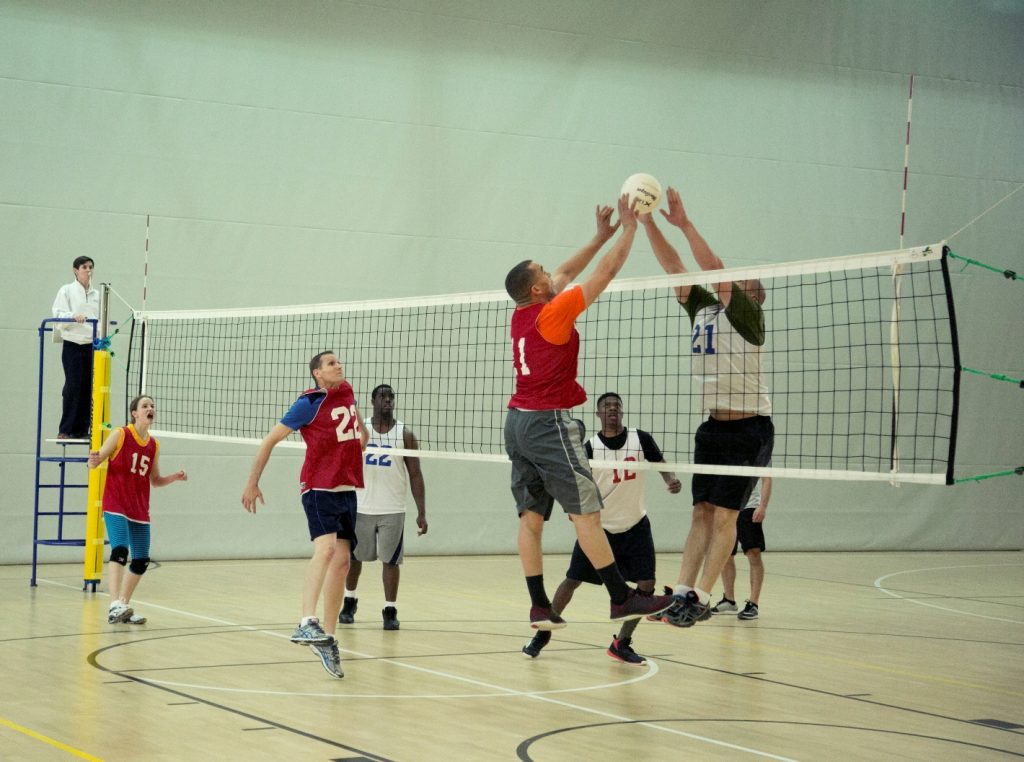 Both HHC and the rival team from H Company, 1st Battalion, 214th Aviation Regiment, qualified to move onto the IMCOM — Europe Unit Volleyball Championship games at Hohenfels, U.S. Army Garrison Bavaria, which are set to take place May 13 through 15.

Col. Christopher M. Benson, USAG Ansbach commander, thanked both teams for competing and moving on to represent the garrison at the IMCOM — Europe level. He presented trophies to both teams and to the most valuable player.

First Lt. Haley Freeman, the HHC’s team captain, earned “most valuable player” during the game. HHC’s first game of the season was against H Company, and HHC lost.

“Both teams improved a lot throughout the season, so it was great to play them as our final game and win against them,” said Freeman. “Now we’re even.”

“The Army’s a very competitive place, and especially when you’re all together pitted against an adversary, whether that be another company or what-have-you, it’s very easy to work together,” said Freeman.

To read the story as it appears on the Army News Service, visit www.army.mil/article/167358.