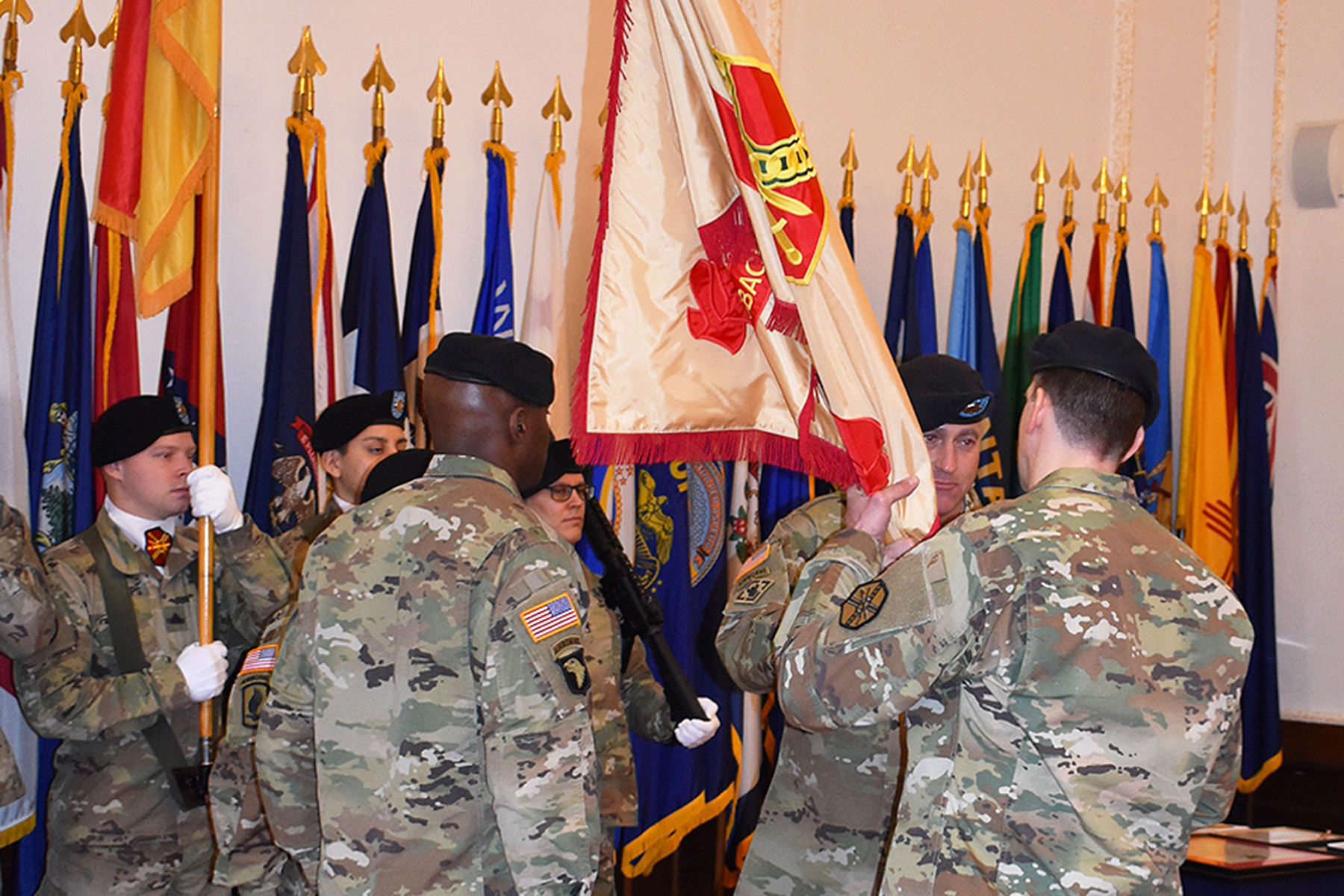 In a traditional act that represents the official transfer of leadership and responsibility, the USAG Ansbach colors were passed from Cuvellier to Command Sgt. Maj. Philson Tavernier, symbolizing the passing and acceptance of responsibility.

During the ceremony, Jones praised Cuvellier for his exemplary performance as the USAG Ansbach Command Sergeant Major and emphasized his contributions to the community, command and Army readiness. 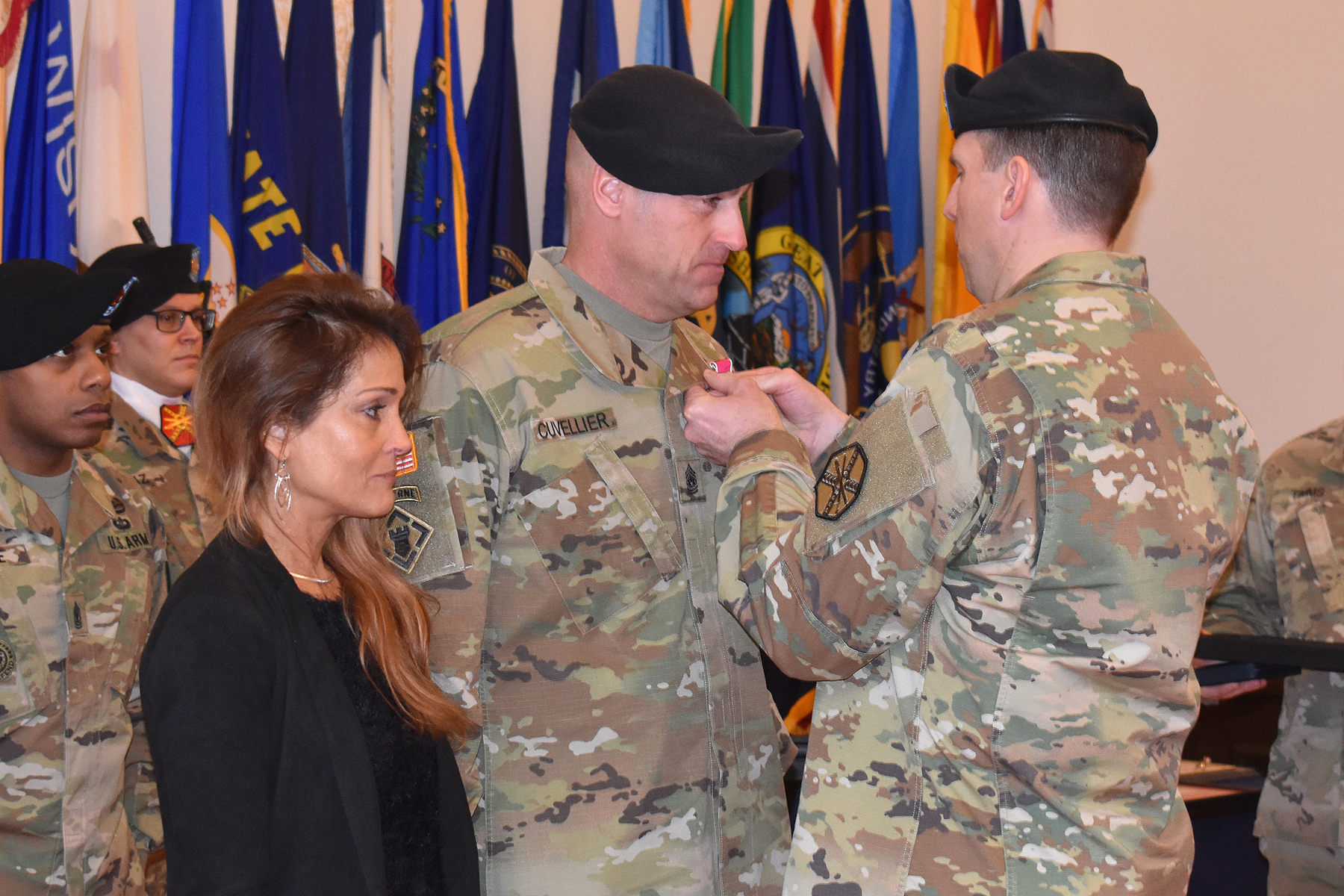 “Command Sergeant Major Cuvellier, my friend, thank you for your dedication, your hard work and for ceaseless efforts over the years to maintaining and improving the Ansbach community. You are a truly remarkable professional and you will be especially missed,” Jones said.

In his welcoming remarks to Command Sergeant Major Tavernier, Jones emphasized the importance of the responsibility he was assuming in Ansbach.

“The Ansbach community has seen many changes in the last decade and particularly in the last two years. It’s become a smaller community, but its significance has grown immensely as the home of Army aviation in Europe and the gateway to the east for rotational aviation units.” Jones said, adding “I know you are exceptionally qualified and fit for this position. We are glad to have you with us.” 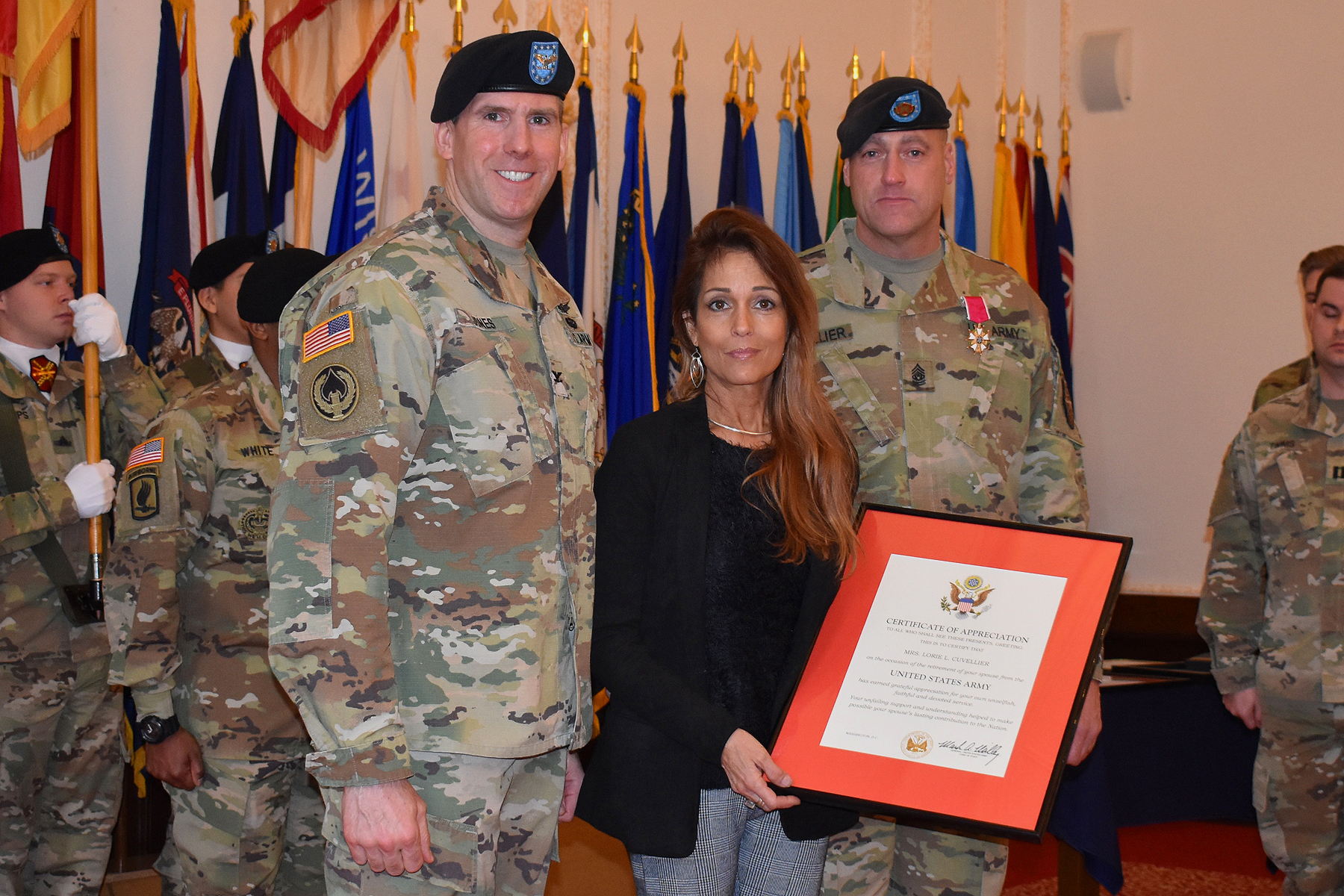 The U.S. Army Garrison Ansbach (USAG Ansbach) Military Community is located in the Franconian region of Bavaria and is spread across six sites and nine kasernes dispersed around the city of Ansbach and the village of Illesheim: Barton Barracks, Bismarck Kaserne, Bleidorn Kaserne, Franken Kaserne, Katterbach Kaserne, Oberdachstetten Training Area, Shipton Kaserne, Storck Barracks, and Urlas Kaserne. Today, Ansbach is the home of the 12th Combat Aviation Brigade (12th CAB), the community’s largest tenant unit. USAG Ansbach continues its mission of streamlining base support operations management, allowing tactical commanders to concentrate on their essential training and missions. The garrison takes pride in its support to more than 6,000 Soldiers, civilians, and family members, working and living within the USAG Ansbach area.