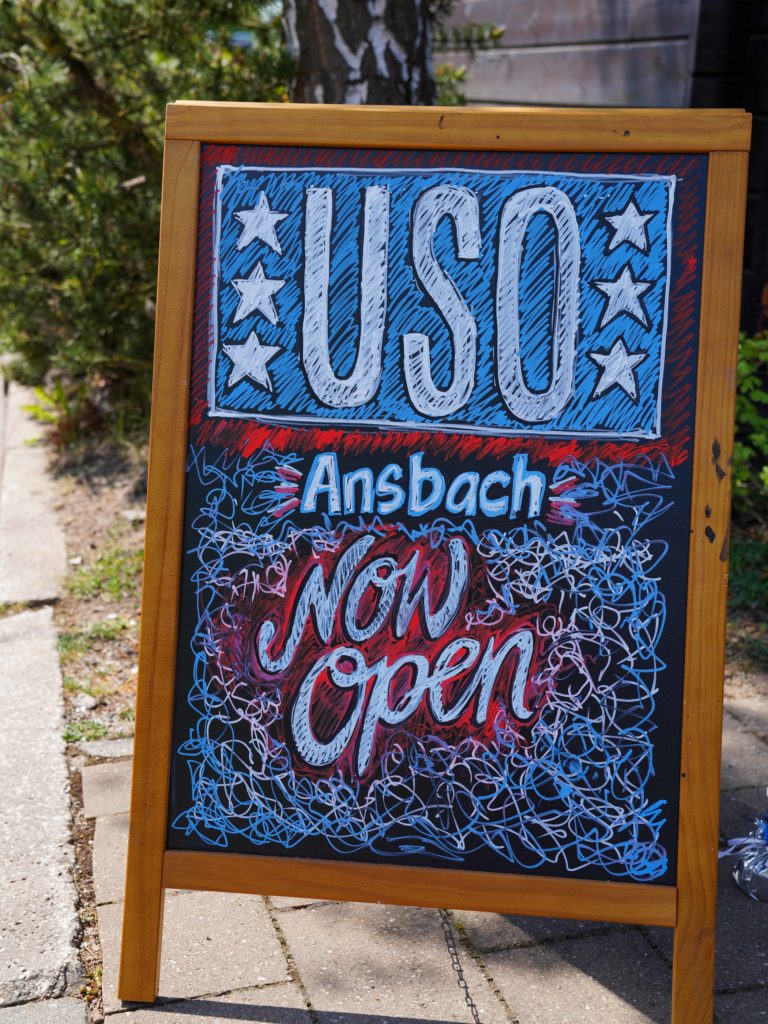 “We are excited to be able to use this beautiful new facility as a hub for which we will provide USO goodness throughout the USAG Ansbach military community,” said Melissa Dinwiddie, USO Ansbach manager. “I don’t know if anyone has seen the before photos, but a lot of love went into this building. It has been a true example of collaboration and the statement, ‘where there is a will, there is a way’.”

USAG Ansbach Garrison Commander, Col. Karen Hobart understood the challenges, but also the potential rewards. “We had questions if this would happen, but we also had determination that this would happen. This started two years ago and here we are today. A lot of time, treasure and effort was invested by the garrison and the USO to support our Soldiers and their families.” 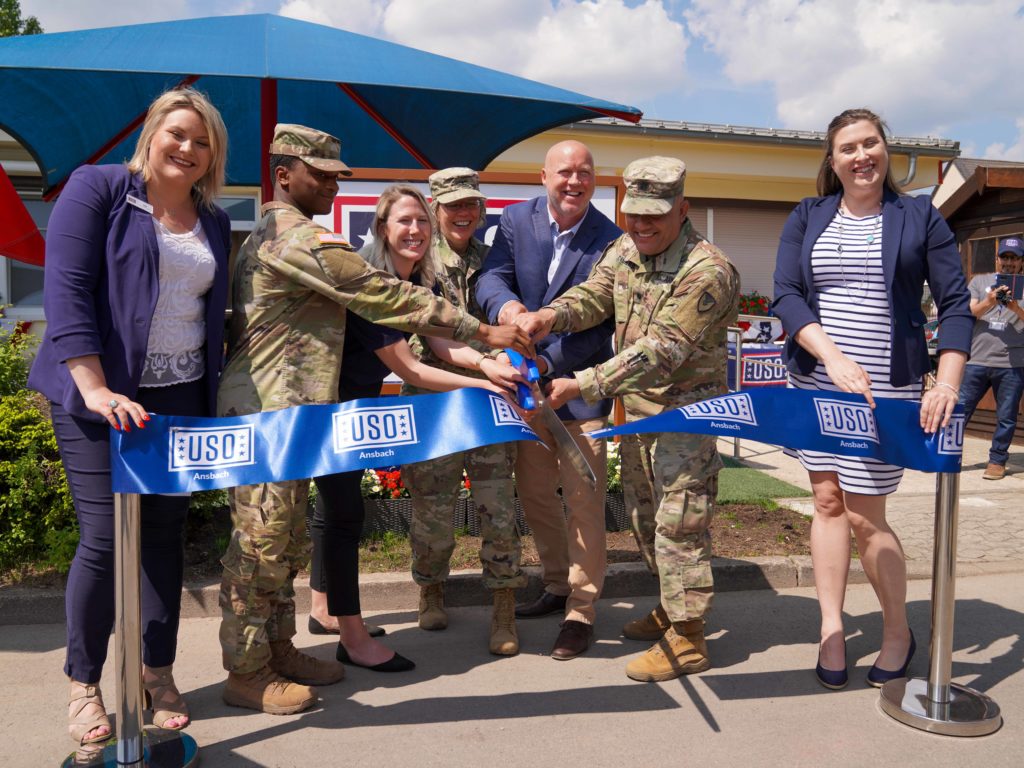 The ribbon is cut officially opening the USO Ansbach center.

Staff Sgt. Ryan Polanco, 5th Battalion, 4th Air Defense Artillery Regiment, is excited that USAG Ansbach now has a USO center, “It gives the Soldiers something else to do, and is another opportunity for them to get out of the barracks, socialize and meet new people.”

In addition to the main center on Katterbach, there is an unmanned USO site on Barton Barracks to support troops in that area and there is soon to be one at Storck Barracks supporting the deployed regionally allocated aviation force.

Since 1941, the USO has been the nation’s leading organization to serve the men and women in the U.S. military and their families, “…and for the first time in known Ansbach garrison history, we have two brick-and-mortar facilities,” said Hobart. “I want to thank the USO staff who made our dream of having a USO Ansbach come true and I also want to extend that recognition to all the volunteers who have made these centers possible.”