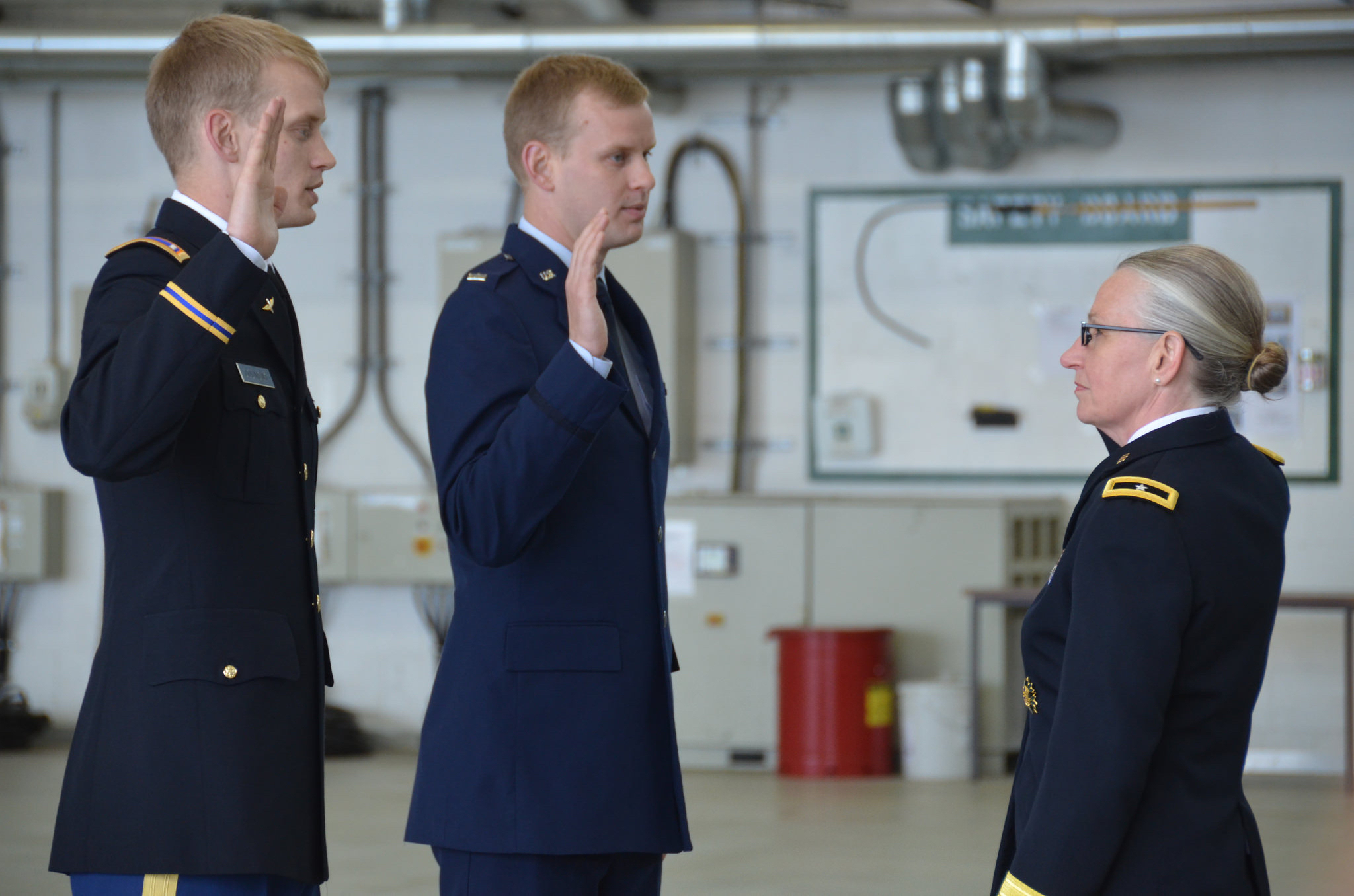 ANSBACH, Germany (May 10, 2017) – A joint promotion ceremony took place Monday at a Katterbach Army Airfield hangar here, during which a one-star general promoted her two sons (one in the Air Force and one in the Army) to the rank of captain.

“It’s surreal,” said Brig. Gen. Lisa Doumont. “I’m really here as mom today, and that’s what they’ve known me as. I did my Reserve thing, and they didn’t see a lot of it.”

Doumont began her career on active duty. When her family began to grow, she moved her four years of active-duty experience into a Reservist career.

“I’m always wanting to tell the Army Reserve story because it’s been so good to me,” she said. “I was allowed to step into the Army Reserve and keep that professional side of my life, and I was able to raise my family.”

“It feels really good to get promoted with my brother and by my mom,” said Capt. Patrick Doumont.

In addition to Patrick, mother Lisa, and brother Nicholas, the family there included father Joseph, Patrick’s wife Mary, and Nicholas’s wife Sullivan. Lisa and Joseph, who live in Virginia, and Nicholas and Sullivan, who live in Ohio, had scheduled vacation time in Europe that coincided with the two brothers’ promotion orders.

“It’s nice coming out to visit family, and I’m glad both of my parents could be here,” said Capt. Nicholas Doumont.