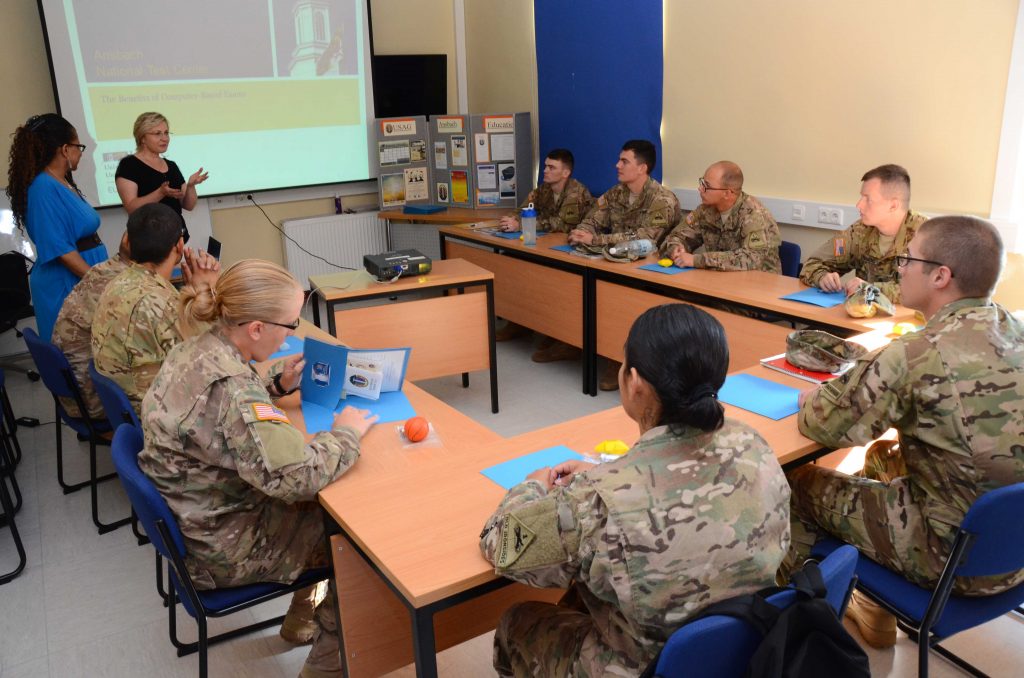 ANSBACH, Germany (Aug. 29, 2016) – The Ansbach Education Center hosted a daylong “CLEP-a-thon” Friday at their Katterbach Kaserne location, during which the center administered more than 37 exams.

Overall, Soldiers earned 63 semester-hour college credits, which when combined, is about equal to an associate’s degree. That equals approximately $15,000 savings for the Army, which would have been used for classes for the same credits.

CLEP, or College Level Examination Program, grants college credit for people who pass corresponding tests. The program is more than 40 years old, is accepted by nearly 3,000 institutions of higher learning, and was started by the College Board, which also produces Advanced Placement exams and the SAT.

Some of those more familiar with the test often use the acronym “CLEP” as a verb, especially Soldiers whose military experience and training can help them earn college credit.

“If you already have a knowledge of a subject, you will be able to ‘CLEP,’” said Irina McNemee, education services officer for the Ansbach Education Center. “This way, you’ll get your college credit. This is a great benefit for Soldiers. It’s free, they get instant results for 90 percent of the exams, and transcripts will be sent directly to the school they attend.”

This is particularly important for new Soldiers, said Sabrina Giraldo, education services specialist with the Ansbach Education Center, because they have to wait one year before they are eligible for tuition assistance. Although they cannot use tuition assistance to take classes toward their degree during that time, they can take CLEP tests for free to help fast-track their education.

For those other than service members, Giraldo added, CLEP tests cost $100. For service members, the Defense Activity for Non-Traditional Education Support, or DANTES, pays examination fees.

“Also, for Soldiers who don’t know what they want to go to school for or what degree program they want to pursue, it’s a great opportunity to knock out the first two years of those general education requirements that you’re going to need for pretty much any degree that you pursue,” Giraldo added. “They can knock those out here, as many as they can, and transfer it to the school that they want to attend when they return from the states.”

About 90 percent of those who attended the Aug. 26 CLEP-a-thon were Soldiers, but Family members were also able to take the test after paying the exam fee. The Education Center also organized to have a busload of rotational Soldiers from Storck Barracks participate as well. Education Center staff had breakfast, snacks and lunch for visitors.

McNemee said not only was the CLEP-a-thon an “excellent opportunity to expedite the degree-completion program,” it also gave visitors the chance to meet with education counselors and learn about the Education Center’s programs and services. These include on-site universities, Functional Academic Skills Training (FAST) classes, Army Personnel Testing and tuition assistance.