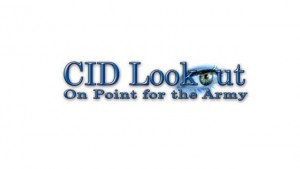 WASHINGTON (Dec. 7, 2015) – As Soldiers and their families prepare for the holiday season, the U.S. Army Criminal Investigation Command, commonly referred to as CID, warns that posting travel plans on social media sites makes your home vulnerable to burglary.

While Soldiers should always be vigilant in their postings to avoid releasing sensitive information, revealing personal holiday travel information puts Soldiers, their families and their homes at risk.

“Social media is a powerful and frequently used tool for Soldiers, their families, and friends to stay connected, especially during the holiday season,” Daniel Andrews, director of the CID’s Computer Crime Investigative Unit, said. “Unfortunately, criminals use the same social media sites to conduct surveillance and identify potential targets.”

In fact, Andrews said, posting vacation plans is like announcing to criminals that your residence will be unoccupied for an extended period.

“We recommend that personnel avoid publicizing the details of holiday plans and travel arrangements, whether upcoming or in progress,” Andrews said. “Wait until the vacation is over to comment on it and share photos, but still be cautious about what information you make publicly available.”

The FBI’s “2014 Crime in the United States” reported an estimated 1,729,806 burglaries in the U.S., with burglaries of residential properties accounting for 73.2 percent. The average dollar loss for each burglary incident was $2,251.

Basic home security measures, such as locking all doors and windows, not leaving spare keys outside, using variable light timers, keeping valuables out of sight, and having a friend retrieve mail and newspapers are the first line of defense against burglary.

The use of a home security or video system is a further deterrent for criminals.

“Criminals are always on the lookout for opportunities to exploit. Whether driving through neighborhood streets or surfing social media sites, the criminal’s goal is to identify ‘soft targets’ that are lucrative and present the least chance of being caught,” Andrews said. “This underscores the very real connection between the physical and virtual worlds.”

CID officials encourage Army personnel to take the following steps to reduce their risk of being targeted by crooks in the virtual world:

To read the story as it appears on the Army News Service, visit www.army.mil/article/159551.