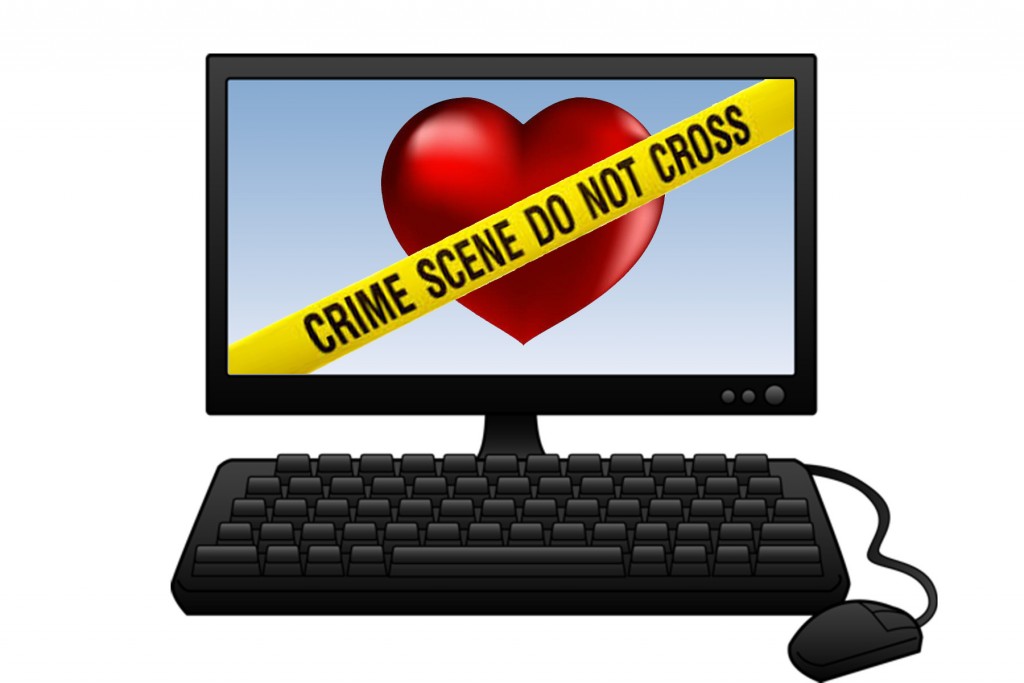 QUANTICO, Va. (Sept. 30, 2015) — “He loves me, he loves me not.” The phrase has been repeated by many looking for love. In today’s world of online dating and social media sites, however, the phrase may have changed from the plucking of petals to a stroke of the keys with, “he is real, he is not.”

With millions of Americans turning to the Internet for love and companionship, the U.S. Army Criminal Investigation Command warns of romance scams and impersonation fraud that drains one both emotionally and financially.

In the last six months of 2014, online romance scams cost their victims more than $82 million, according to the FBI’s Internet Crime Complaint Center. The average financial loss from these romance schemes is between $15,000 and $20,000.

The Criminal Investigation Command, commonly known as CID, reports many of these cyber criminals pose as U.S. Soldiers or senior Army officers and noncommissioned officers. The criminals often post official Army photographs and biographies in an attempt to build trust with their victims and lure them out of personal and financial information.

Officials warn that the perpetrators use both social media and online dating sites, promising love and romance to unsuspecting victims. After the initial introduction, often through very personal, intimate conversations via instant messaging or email, the scammers attempt to manipulate and exploit their victims. Tactics used by cyber criminals include preying on their victim’s emotions and appealing to their sense of empathy and patriotism.

Before long, the cybercriminal makes a request for money. Complying with these requests often places the victim at risk financially and opens them up to the possibility of becoming a victim of identity theft.

“We cannot stress enough that people need to stop sending money to persons they meet on the Internet and claim to be in the U.S. military,” said Chris Grey, Army CID spokesman. “It is heartbreaking to hear these stories over and over again of people who have sent thousands of dollars to someone they have never met and sometimes have never even spoken to on the phone.”

Grey explained that the victims are most often unsuspecting women, 30 to 55 years old, who think they are romantically involved with American Soldiers on the Internet, when in fact they are being cyber-robbed by perpetrators thousands of miles away.

The perpetrators often take the true rank and name of a U.S. Soldier who is honorably serving somewhere in the world, or has even left the service, and post that information with photographs of a Soldier downloaded from the Internet. Many of them state they are serving in a combat zone or foreign country, most often West African countries. The perpetrators give excuses for needing money, including medical care, to return to the states, to sell their car, and to help their children.

“These thieves are very good at what they do. They manipulate the emotions of their victims and will make claims about Army regulations that the public does not know are incorrect,” Grey said. “The majority of the time, the service member is not even aware their name and photo is being used in this way.”

Investigators urge the public to consider the following:

Where to go for help:

Report the theft to the Federal Trade Commission. Your report helps law enforcement officials across the U.S. in their investigations.

Report the fraud to the Federal Trade Commission on Nigerian Scams via email: spam@uce.gov.