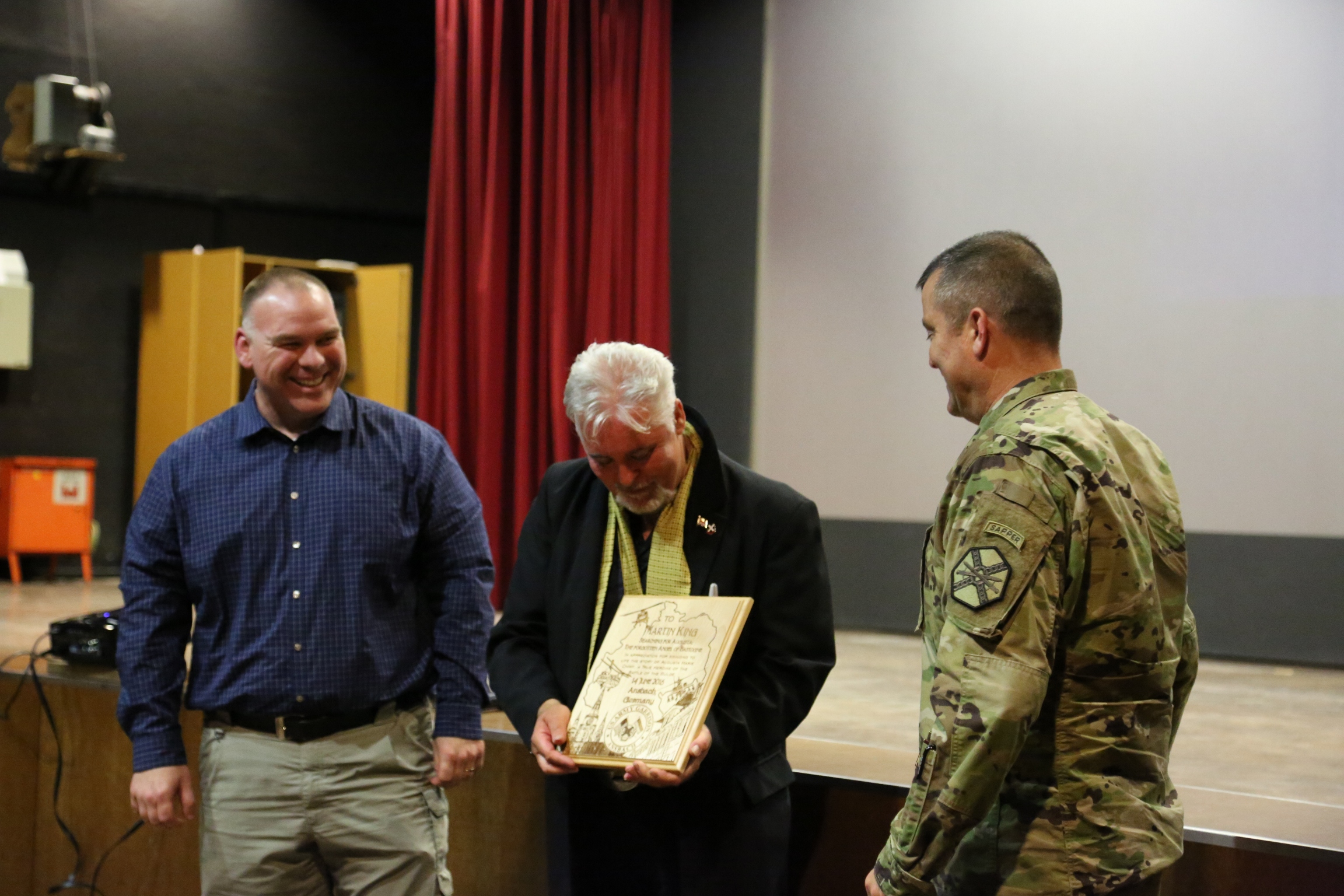 ANSBACH, Germany (June 17, 2016) – A historian visited Ansbach Middle / High School and the theater at Bismarck Kaserne Tuesday to present a film on one of the civilian heroes of the Siege of Bastogne during World War II.

Martin King, producer of the film Searching for Augusta: The Forgotten Angel of Bastogne, talked with USAG Ansbach community members and screened the film, which was about Augusta Chiwy, a nurse of Belgian and Congolese descent who volunteered to aid American Soldiers while they were under Nazi siege in the Belgian town of Bastogne.

Chiwy went to Bastogne to visit her father for Christmas. After a long difficult trip, which warfare severely hampered, she found herself among American troops in the town as Nazi forces besieged it. She volunteered to nurse the wounded in the first aid station of the 20th Armored Infantry Battalion, 10th Armored Division.

Chiwy’s role during the siege had largely been forgotten by historians. Another volunteer nurse, Renee Lemaire, was killed when the first aid station building collapsed during a German raid. Lemaire went on to become known as the “Angel of Bastogne.” Chiwy piqued King’s curiosity while he watched Band of Brothers, a television miniseries based on a nonfiction book of the same name by Stephen E. Ambrose. In the miniseries, a character played by Rebecca Okot is credited as “Anna the Nurse,” and King wanted to know more about this other nurse.

King, who lives in Belgium, sought out Chiwy and found her in a nursing home. He began interviewing her and sourcing the history.

Through King’s efforts, Chiwy received recognition for her efforts to provide aid during the siege. Chiwy was knighted by the king of Belgium and received the U.S. Army’s Civilian Award for Humanitarian Service in 2011 at the age of 93. Chiwy died in 2015 shortly after the filmmakers of Searching for Augusta had made the documentary.

The film screening was part of U.S. Army Garrison Ansbach’s celebration of the Army’s 241st birthday.