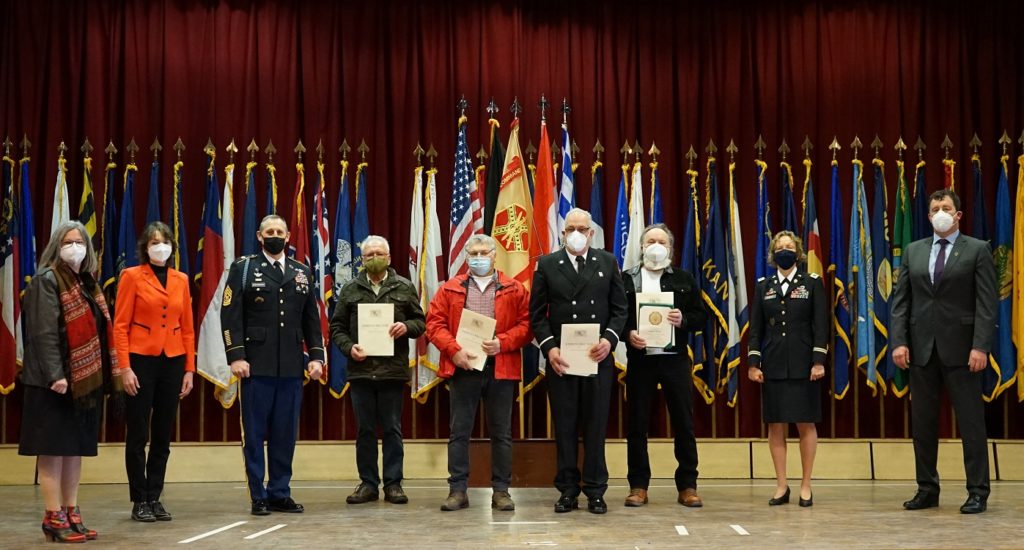 ANSBACH, Germany (March, 16, 2021) – U.S. Army Garrison (USAG) Ansbach honored its long-term local national and U.S. civilian employees on Friday, March 12, with a Career Service Recognition Ceremony at the Sadowski Theater on Bismarck Kaserne. Due to the current COVID-19 rules, the ceremony was split in two and took place without an audience.

A total of 34 U.S. civilian employees and 39 local national employees were honored in separate ceremonies.

Among the honorees were ten employees who have given 40 years of service to the U.S. government.  For more photos of the event, visit https://www.flickr.com/photos/usagansbachphotos/albums/72157718657719352